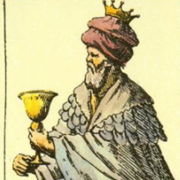 by King Of Cups

Sir Richard Attenborough and the Royal Society continue lying to the world about polar bears and global warming. Shills nothing but shills.

Researcher says attempts to silence her have failed

In The Polar Bear Catastrophe that Never Happened, a book published today by the Global Warming Policy Foundation, Dr Susan Crockford uses the latest data as well as revisiting some of the absurd values used in official estimates, and concludes that polar bears are actually thriving:

My scientific estimates make perfect sense and they tally with what the Inuit and other Arctic residents are seeing on the ground. Almost everywhere polar bears come into contact with people, they are much more common than they used to be. It’s a wonderful conservation success story.”

They have also engaged in a relentless smear campaign in an attempt to silence her in order to protect the story of a polar bear catastrophe, and the funding that comes with it.

A few unscrupulous people have been trying to destroy my reputation”, she says. “But the facts are against them, and they have failed”.

Dr Crockford will be discussing population numbers and her new book on the Glenn Beck show on Tuesday 19 March (11am ET).  The book will have its official launch event on 10 April at 12:00pm in Calgary in the Centini Restaurant, where Dr Crockford will be on hand to sign copies.