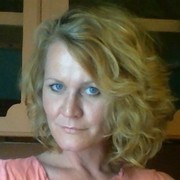 Thu Jul 23, 2009 1:17pm EDT By Ellen Wulfhorst NEW YORK, July 23 (Reuters) - Three New Jersey mayors and several rabbis were arrested on Thursday in a sweeping federal investigation into political corruption that also uncovered human kidney sales and money laundering from Brooklyn to Israel, authorities said. Among the 44 people arrested were Hoboken Mayor Peter Cammarano, who took office 23 days ago. Cammarano, at 31 the city's youngest mayor, was charged with taking $25,000 in bribes, including $10,000 last Thursday, said the U.S. Attorney's office in Newark, New Jersey. The case exposed "a corrupt network of public officials who were all too willing to take cash in exchange for promised official action," Acting U.S. Attorney Ralph Marra said in a statement. "It seemed that everyone wanted a piece of the action. The corruption was widespread and pervasive." Central to the investigation was an informant who was charged with bank fraud in 2006 and posed undercover as a real estate developer and owner of a tile business hoping to build projects and win public contracts in northern New Jersey, according to documents in the case. The undercover witness helped infiltrate a money-laundering network by rabbis who operated between Brooklyn, Deal, New Jersey, and Israel and laundered millions of dollars through charitable nonprofit entities controlled by rabbis in New York and New Jersey, authorities said. They laundered some $3 million for the undercover witness between June 2007 and July 2009, authorities said. Julio La Rosa, acting special agent in charge of the U.S. Internal Revenue Service, said while traditional money laundering was once confined to narcotics traffickers and organized crime, "based on the allegations contained in today's complaints, money laundering has no boundaries and impacts every segment of our society." HUMAN KIDNEY SALES Rabbis accused of money-laundering were Eliahu Ben Haim, the principal rabbi of a synagogue in Deal; Saul Kassin, chief rabbi of a synagogue in Brooklyn; Edmund Nahum, the principal rabbi of another synagogue in Deal; and Mordchai Fish, a rabbi at a synagogue in Brooklyn. Most of the defendants were arrested early on Thursday by federal agents. One of the many criminal complaints filed in the case also accused a Brooklyn man, Levy Izhak Rosenbaum, with conspiring to broker the sale of a human kidney for a transplant, at a cost of $160,000 to the transplant recipient. Continued... Full Article Here
1 member favorited this