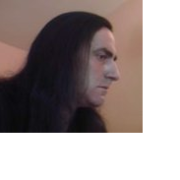 Indeed, indeed. Psychiatry is not far behind legalese and propaganda as a reason we can't re-win our freedom peacefully. Many profound memes in this article.

If you think psychiatry is on the up and up, watch this, by the way - Is Psychiatry A Scam? Truth About Mental Disorders, Psychiatrists Colin Ross & Corrina Psychetruth

I know that there are actually crazy people that really need help.

But I also know this:  psychiatry is still the most politically abused medical profession.

Examples of political abuse of psychiatry?  There are many.  When I mentioned this topic to The Mrs., she immediately said, “the Soviet Union.”  And that’s the example I thought of first, too.  The Soviets systematically used diagnosis of psychological disorders such as “philosophical intoxication” and “sluggish schizophrenia” to put people who didn’t like Marxism into mental institutions.  And, no, those diagnoses aren’t lame jokes – those were really Soviet-era diagnoses.

How many were caught up in the psychological gulags?

We really don’t know since those records are still secret, but in 1978 at least 4.5 million Soviet citizens were listed as having mental health problems.  In 1988, perhaps thinking that they might face their own version of Soviet Nuremburg Trials for Crimes Against Humanity, Soviet leaders had over 800,000 thousand patients removed from the list of the mentally ill.  Paperwork error, surely?

Okay, with all those red flags, how did they not see the collapse of communism coming?

Probably.  Think of it, millions of people falsely diagnosed with a mental illness due to political beliefs and sent to asylums and work camps.  Certainly some were executed.