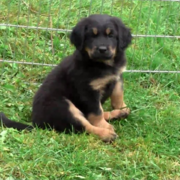 According to Russian and Ukrainian media Ukrainian prosecutor Konstantin Kulik was fired from investigating the Burisma case and the Biden crime family.

CD Media reported on Wednesday that Ukraine has transferred the responsibility of the investigation to the Soros-controlled National Anti-Corruption Bureau (NABU) the same group that worked to assist the Hillary Clinton Campaign in 2016.

NABU officials met with alleged “whistleblower” Eric Ciaramella in the White House in 2016. 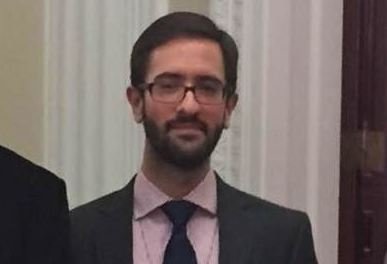 Ukraine has fired the prosecutor investigating cases involving Hunter Biden and Burisma and has transferred responsibility to the Soros-controlled ‘National Anti-Corruption Bureau’ (NABU) for disposal. This is the same NABU led by Artem Sytnyk who was caught on tape bragging about helping the Clinton campaign in its effort to discredit Donald Trump during the 2016 election.

Konstantin Kulik was fired from the General Prosecutor’s Office on November 22 due to corruption charges against him. Sources for CD Media describe the firing as being political in nature, as a way to ‘tidy up’ any loose ends regarding Biden and Burisma, to keep the information from the public eye during the ‘impeachment’ campaign in the United States. They describe Victor Trepak (New Deputy General Prosecutor), Deputy Prosecutor General Vitaly Kasko, and Sytnyk as being under the control of the George Soros/Deep State infrastructure in-country. Trepak was involved in the infamous ‘black ledger’ in the Manafort affair, which is now considered to be fake.

The State Bureau of Investigation may be headed by Deputy Prosecutor General Viktor Trepak it was reported by “Ukrainian Truth” with reference to sources, reported Ukrainian news outlet GordonUA.com.

“Soros and the Democrats appointed their agents of influence to the General Prosecutor’s Office (Kasko and Trepak). They put Sytnik in NABU and Kholodnitsky in SAP (Special Prosecutor) in order to destroy the evidence of corruption of the Democrats in Ukraine and to continue the process of the country’s rape with impunity. They are corruption. If they put Trepak, the author of the ‘black ledger’, as the head of the State Bureau of Investigation, then the process of covering up their crimes will be completed,” declared a confidential intelligence source in Ukraine.

Trump was right.
Maybe the best idea is NOT to donate US taxpayer money to corrupt regimes?