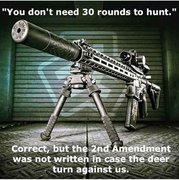 This is a group to share your knowledge on Guns and Tactics. Regardless of whether you saw them as a menace, the first 3D-printed guns were an objectively far, boxy cry from the weapons we're used to seeing. But just from looking at Solid Concept's newest firearm offering, you'd have no idea that it, too, started out as a mere 3D CAD file before being printed to life.

Claiming to be the only 3D printing service to have a federal firearms license, Solid Concepts has not only built the world's first 3D-printed metal gun, but they've fired off their new pet project over 50 times, seemingly without any significant damage to the gun itself. But while the last milestone in 3D-printed firearms sent many into an understandable panic, this one shouldn't be causing any major public outcry.

Whereas the 3D-printed plastic model, The Liberator, was feared for its potentially wide, unregulated access, 3D printing with metal—called direct metal laser sintering or DMLS—is an entirely different beast altogether. As Scott McGowan, Solid Concepts' VP of marketing told The Verge, "There are barriers to entry that will keep the public away from this technology for years." Because not only is the necessary equipment far more expensive than any plastics-based 3D printers, \ the technical skill required is in no way something you can pick up simply flipping through a manual.

What this does prove, however, is that DMLS is a viable technology that has the potential to take on far more complex tasks than we've seen thus far. The fact that the gun fired over 50 rounds and is still ready to do more says loads about the quality of the products DMLS can turn out; the first plastic 3D-printed gun was done after just one shot. Still, while we don't need to worry about your everyday weirdo starting a 3D-printed metal gun warehouse in his garage, it's only a matter of time before access to this kind of technology is as common as heating up a Hot Pocket.