Globalists using this weapon on California????

Globalists using this weapon on California???? Globalists in the U.S. govt being the DNC Democrat nazi-israeli party who have specific hatred for the American people. This has to be reason enough to GITMO these globalist thugs in the U.S government, surely! It's just blatant enough in your face!!! Here's some of them.... READ THE NAMES: 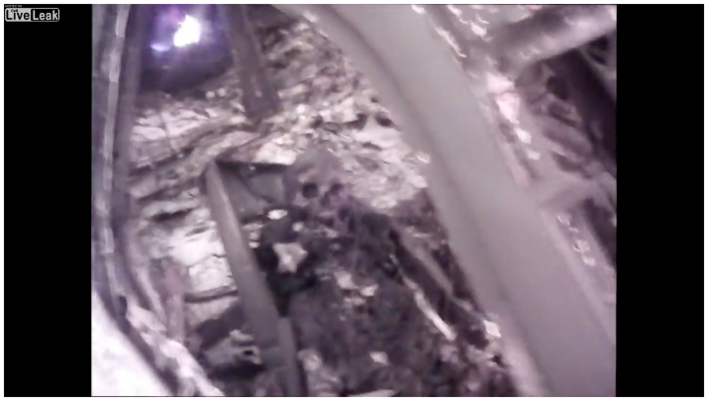 And they do have the technology to hide that weapon even up there in the atmosphere...
Jim Stone - The closest thing to a true invisibility cloak has been invented.
When you watch this, keep in mind that this is a material doing this, that is working entirely passively with no electricity at all. SEE THIS - http://www.youtube.com/watch?v=pZMyWEWHCTM
I never thought this would be possible. 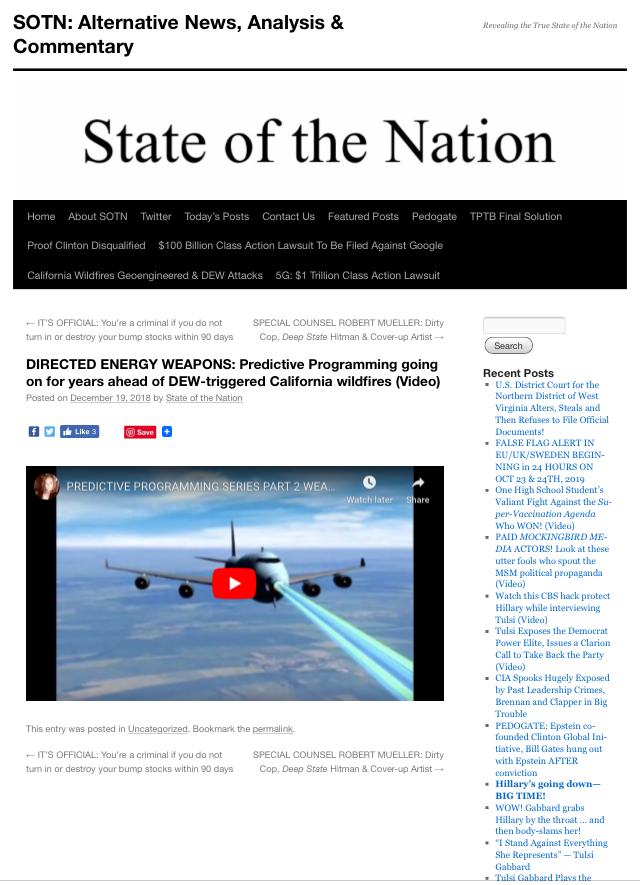 State of the Nation did a lot on Dew, California fires, a lot of hinky photos, home fires that started at the smart meter, all kinds of weird stuff.