"Life comes at you pretty fast these days, especially in Georgia where a judge has reversed himself twice in the same day. Judge Timothy C. Batten, Sr. blocked election officials from tampering with voting machines, essentially “freezing” them. An hour later, he had a second ruling the effectively reversed is first, prompting to remind people about what a “color revolution” looks like." 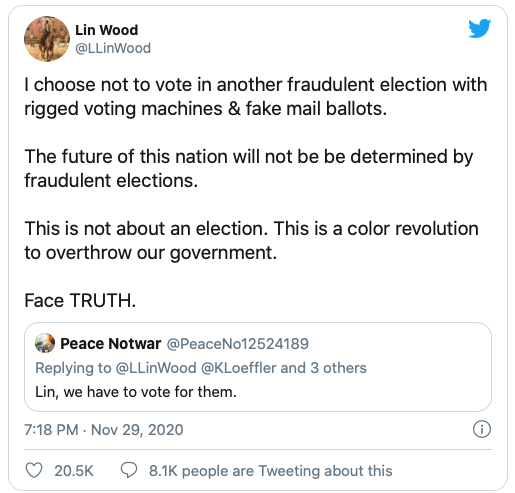 "As we noted earlier, this brought up questions of corruption across Georgia’s election landscape. But we also noted that it’s conspicuous the Department of Justice sent a plane down to Atlanta for just one hour on Friday, a few days after sending the same plane to Toronto where Dominion Voting Systems is headquartered. Dominion is the company at the heart of these voter fraud allegations."

A federal judge presiding over a major election lawsuit in Georgia on Sunday issued and then reversed an order directing the state to cease and desist wiping or resetting election machines.

“Defendants are ordered to maintain the status quo & are temporarily enjoined from wiping or resetting any voting machines in the State of Georgia until further order of the court,” Judge Timothy Batten wrote in an emergency order issued Nov. 29. 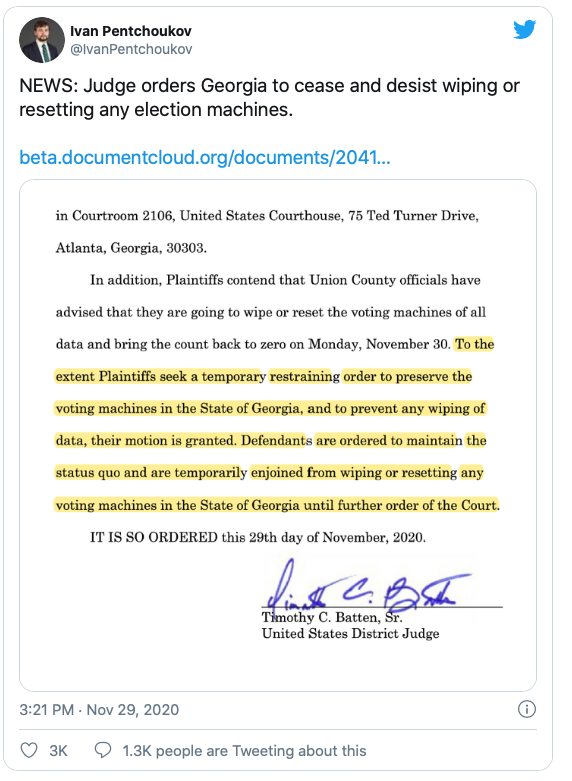 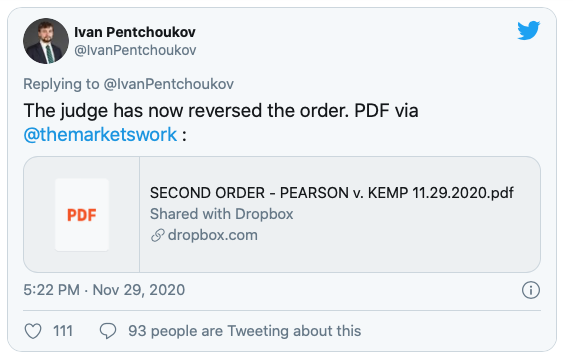 For as long as corrupt Judges, Politicians and their corrupt minions continue to walk free and unscathed by the illegal actions there can be no America.

"More Double Standards: Antifa-BLM Organizer Who Stormed US Capitol Is Released from Jail Without…"
1 hour ago

"Black Activist Arrested For A Role In U.S. Capitol Terrorist Attack"
5 hours ago

John Sullivan, a liberal activist, has been arrested for his alleged role in the U.S. Capitol…
5 hours ago
1 Comment 0 Favorites

Less Prone favorited Central Scrutinizer's blog post CNN-NPR Photo-Journalist Jade Sacker was Embedded with Antifa Leader John Sullivan During Siege of US Capitol – Cheered “We Did It!” After Inciting Riot
5 hours ago

Less Prone left a comment for MAC
6 hours ago

cheeki kea replied to Twilight Zone's discussion McCabe Says Trump’s Message Demanding Peace and Denouncing Violence is Actually “Coded Language” and a “Dog Whistle” to His Base to Fight
"He's a low down Fired employee with a big bee in his bonnet. Judge said "…"
12 hours ago