1. Pasteurized/Ultra-pasteurized
Heating milk destroys bacteria, but it also destroys enzymes, making it harder to digest. Many people diagnosed as lactose intolerant are only intolerant to pasteurized milk, because it lacks the enzymes necessary for digestion. The Campaign for Real Milk website notes that pasteurization's worst offense is the fact that it makes most of the calcium in milk insoluble - meaning the body is unable to use it. However, the pasteurization of industrial milk is actually necessary, because it's essentially dirty milk that would otherwise be dangerous.

Ultra-high temperature, or UHT, pasteurization, a processing method that heats milk to extreme temperatures, destroys virtually all the micro life within milk - making the proteins virtually indigestible. More than 80 percent of all the organic milk sold in the U.S. is UHT pasteurized.

2. Homogenized
Homogenization, a process often called "the worst thing dairymen have done to milk," is the breaking down of fat molecules in milk through very high pressure. This stops the fat from rising to the top and creates a "consistent" product. It also makes milk fat toxic to the body. Homogenization releases the enzyme xanthine oxidase, which is damaging to the body once it's broken into unnaturally small pieces. Arterial walls can begin to accumulate xanthine oxidase, which subsequently promotes heart disease.

3. Low fat/Non fat
When you consume low-fat or skim milk, not only are you drinking a denatured food, you're contributing to obesity. A 2005 study published in Archives of Pediatrics and Adolescent Medicine followed 12,829 children ages 9 to 14 years. The study found that drinking reduced fat milk was associated with weight gain, whereas full-fat milk was not.

4. GMO grain-fed
Cows are meant to eat grass, not grains, which is why milk from grass-fed cows (raw milk) is much healthier. It's notably higher in CLA - a fat that can help you maintain a healthy weight and lower your risk for heart disease. In general, grain-fed cows that live in CAFOs produce less healthy milk that's lower in vitamins, minerals (particularly calcium) and omega-3 fats. As far as the GMO aspect goes, we've already seen what they do to pig's stomachs.

5. Antibiotics
80 percent of the antibiotics sold in this country are fed to food animals, and 23,000 people die from antibiotic-resistant infections each year. Coincidence? Not likely. The FDA allows antibiotic residue in milk, because there's really no way to avoid it, other than not using antibiotics. As a result, they decide what a safe level of antibiotic residue is, and that becomes the amount you're exposed to.

6. Hormones
Hormone levels in industrial milk are high for two reason: Cows are treated with artificial growth hormones created by bio-tech companies (which are banned in many countries), and they are milked about 300 days a year - for much of that time, they are pregnant. Milk from a pregnant cow contains 33 times more of the estrogen known as estrone sulfate than milk from a non-pregnant cow. Nobody knows the extent of the risks presented by these dietary hormones, but there is plenty of concern in the scientific community about their possible link to cancer.

Meanwhile the Feds are swat-teaming the Amish for selling raw milk.

Should be using the barter system.

The barter/trade system sounds great to me.

Member Classifieds - BARTER, Buy and Sell or Post Your Services Her... 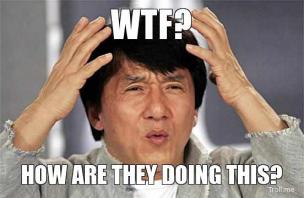 Less Prone commented on cheeki kea's blog post "I Am Taking This Very Seriously": BlackRock's Larry Fink Struggles With Demonized ESG narrative.
"Where did they get the name Blackrock for this company and how does it relate to their values? The…"
16 hours ago

Gail Jones is now a member of 12160 Social Network
18 hours ago
Welcome Them!