U.S. firms such as Northrop are eager to tap foreign countries' growing appetite for drones, which some nations already sell. Arms control advocates fear the weapons could fall into enemy hands. 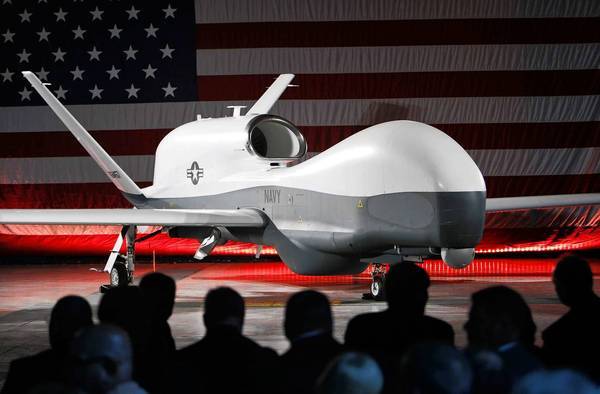 Despite concerns about U.S.-made drones ending up in enemy hands, American military contractors are lobbying the government to loosen export restrictions and open up foreign markets to the unmanned aircraft that have reshaped modern warfare.

Companies such as Northrop Grumman Corp.and other arms makers are eager to tap a growing foreign appetite for high-tech — and relatively cheap — drones, already being sold on the world market by countries such as Israel and China.

"Export restrictions are hurting this industry in America without making us any safer," Wesley G. Bush, Northrop's chief executive, said at a defense conference this year. "The U.S. is struggling to sell unmanned aircraft to our allies while other nations prepare to jump into the marketplace with both feet."

The defense industry may want to sell more drones overseas, but arms control advocates are alarmed. The potential for these weapons to fall into enemy hands is great, they say, and easing restrictions could result in remote-controlled killing machines being used in some of the most volatile regions of the world.

Daryl Kimball, executive director of the Arms Control Assn., said that drone sales are problematic because the unmanned vehicles are more affordable than other military aircraft. And with no human pilot at risk, drones could make it easier to decide to go to war, he said.

"The proliferation of this technology will mark a major shift in the way wars are waged," he said. "We're talking about very sophisticated war machines here. We need to be very careful about who gets this technology. It could come back to hurt us."

As the U.S. war effort draws down and the Pentagon budget shrinks, defense companies say they need Congress to ease restrictions so they can tap lucrative foreign markets for their wares.

More important, they say, the current export restrictions may cause the U.S. to lose potential customers to nations eager to elbow their way into the market. Already, Israel is making drones and selling them to several countries, including Azerbaijan, India and Ecuador. China has more than a dozen drones in development.

The world appetite for drones will be vividly on display next week at the Farnborough International Airshow in England, one of the largest aerospace showcases.

"We're talking about very sophisticated war machines here. We need to be very careful about who gets this technology. It could come back to hurt us."

But you're not concerned that US and other western Govts are buying these machines in record numbers to use against their own people.

"They won't stop. They are on orders to continue. Lawsuit will be necessary."
10 hours ago

cheeki kea commented on Chris of the family Masters's blog post 2013 ruling. you can’t patent DNA unless the mRNA is changed… then you are not human, you are owned, and you don’t have human rights.
"I equate this to being a giant pump and dump of massive proportion and deception. Once taken their…"
18 hours ago