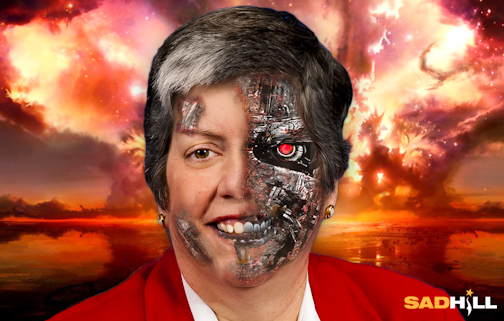 After last week's shooting at a movie theater in Aurora, Colo., the city of
Houston has released a how-to video on surviving a shooter event.

The video was created with funds from the Homeland Security Department.

"I can't imagine the horror and grief. If it is at all possible for any good to
come out of it, perhaps it can be letting people know the options to consider if
it happens again," said Mayor Annise Parker in a statement.

"It may feel like just another day at the office, but occasionally life feels more
like an action movie than reality," says a narrator.

The City of Houston's websiteoffers these tips:

Wouldn't want to advise anyone to be armed and trained though would we..........nah, better to 'improvise'....now where's that fire extinguisher?  ;)

I'll admit that the willingness to fight with whatever is at hand is better than supinely waiting for death but, the odds are not in ones favor (unless highly trained in CQC) when ones options are reduced to close contact to subdue an armed aggressor.

"Every damn one of them a criminal too! "
3 hours ago

Chris of the family Masters commented on Doc Vega's blog post A Random Flip Through TV Programming and How Demonic
"Somehow I'm happy I'm in my twilight years....."
3 hours ago

It was late in the evening. I'd had a rough day. At the print shop where I was making copies, I…See More
3 hours ago
3 Comments 2 Favorites

"One things for sure in those days Nobody got away with the killing and disposing of white children,…"
7 hours ago

"Thats nice, modest and discrete, even quietly respectful and Still got the job done efficiently…"
8 hours ago

cheeki kea left a comment for JADA SNOWDEN
"Greetings JADA, awesome that you have joined up."
9 hours ago