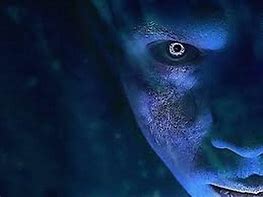 Since 1947 when Kenneth Arnold, a bush pilot, who flew over the wilderness of Washington state and spotted nine silvery objects flying across the path of his single engine plane at an estimated 1700 mph. not only was the phrase “Flying Saucer” coined but the beginning of a most enduring legend would become ingrained in American pop culture. For decades the America film audience marveled at such films as “The Thing”, “The Day the Earth Stood Still”, and “Close Encounters of the Third Kind” we have been pushing the narrative that UFO’s, unexplained aerial phenomenon, or Alien abductions are extraterrestrial in origin. What if that assumption is inherently wrong? We continually tell ourselves that in this vast universe that there’s no way that we can be the only inhabited planet with intelligent life, yet are we really dealing with visiting beings from another world? For years I wrote articles for newspapers, websites, and blogs using the supposed evidence of history as proof of UFO’s and that was fine, but to make the assumption of where they were actually from was quite possibly foolish on my part and that of others. As Author, John A. Keel pointed out, aliens from another civilization seem to have been here on planet earth as far back as mankind can remember. He used his incredible sources and skills of comprehension to theorize that ghosts, spirits, apparitions, demons, the paranormal, Fortean phenomenon, and UFO’s were all from the same common denominator. That common denominator was located right here on planet Earth. The similarities between alien night time abductions has incredible an incredible comparison to the legendary tales of the hag, a witch that sits on top of the chest of a victim as they sleep and suffocates them, the Succubus, a female demon, who seduces men in their sleep in order to control and kill them, too coincidental? 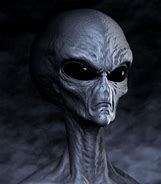 In 1998 in the aftermath of my second divorce I dragged my unwilling high school football player son off to Roswell, New Mexico with me for a summer vacation getaway and a visit to some historic UFO museums and sites. We enjoyed the excellent Mexican food, the Motel pool, and the Roswell Museum replete with original recordings, artifacts, and exhibits. Tourists from all over the world came by. A major military maneuver was underway when my son and I arrived and even US soldiers stopped by the Museum to marvel at the hardware of yesteryear. After spending time there we both left and sat in the car as I wondered what we might do next. Then in storefront door glass I saw the popular avatar of a space alien bug eyed and pale with a crossed out line and I wondered what all that was about. I motioned to my son to follow but he stubbornly refused and sat in the car so I went in by myself.

To my surprise it was a church service of sorts with a pastor who was speaking. I quietly took a seat and listened. This was apparently a youth pastor accustomed with working with families and kids, but his message was very serious. Speaking of being a man of God who depended on the Lord for his very sustenance he talked of the hardships of a ministry dedicated to saving teenagers from self-destruction and the lies about the source of UFO’s. He spoke of him and his family being on the very brink of hunger and being penniless when miraculously some New Zealand missionaries came knocking on his door bringing bulk beans, rice, and money! That man was in tears explaining this good deed by the missionaries as an act of God that demonstrated the gift of the Lord’s generosity rewarding those who preach the gospel, but this was not a fire and brimstone type of preacher. He was more softly spoken and had a particular agenda that he pursued in the shadows of the Roswell alien sensation and that was something much more disturbing!

Instead of alien abductions or close encounters of the third kind, this minister was in touch with teenagers all over the world afflicted by an evil force beyond their understanding. They had thought they had stumbled upon an alien presence that had kidnapped their consciousness but they were wrong! Their obsession with UFO’s, he explained, was from another well disguised source dedicated to turning their lives toward the dark side. Those contacts supposedly from another civilization from across the universe were, in reality, Satan’s minions. Those tortured teens having seizures, convulsing in distress, speaking in tongues, and unable to concentrate on anything else were undergoing demonic possession! These kids who had delved deeply into an underworld of vulgar music, promiscuous sex, and drugs who had convinced themselves that they were in contact with aliens from space were instead in the grip of the Devil himself. 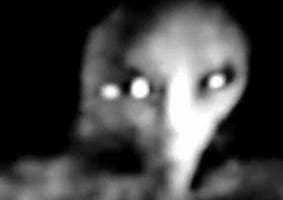 New paradigm from the liar

This pastor showed us photos and tapes of those kids who had contacted him in desperation their parents at their wits end unable to break the spell with psychiatry, psychological sessions, or psychotropic drugs because their kids had slipped into a dark evil world without knowing who was really in charge and this was happening all over the world just as kids were practicing witchcraft, voodoo, and Santeria, selling their souls to the Devil for whatever thrills and glory they would exchange for their slavery to the evil one! It was very hard to deny that his body of evidence was not only convincing but frightening as well! Remember, when I mentioned John A. Keel and how he had tied a lot of hauntings together with UFO’s?

There is no doubt from what I have seen that demonic possession is at epidemic levels and it does not always manifest as in the Exorcist with Linda Blair projecting green vomit and spinning her head around, but it does manifest itself in kids today destroying their lives without being able to control themselves or reverse course! They have fallen prey to Satan it would appear and the so-called scientific narrative of UFO’s from another world interacting with humans and showing us the way out of our own self-destruction? Then why would they need to conduct traumatic medical procedures involving sex organs with unsuspecting victims if they were so benevolent? Mankind has been under the duress of disinformation and visitations from everything from demons to angels, from fairies to monsters, from Leprechauns to Mermaids, and have we learned anything from a Mothman visit hours before the collapse of the Silver Bridge in 1966. John A. Keel was right there investigating that rash of sightings up until the tragedy occurred!

Broken record in the skies

Since Biblical times an evil and devious force has plagued humanity constantly urging us off course into destructive and sadistic behavior. Why? Who could it be? Why would they want to wish such calamity upon us? Think of the wars, the pestilence, the suffering that shrouds our world each and every day as armies prepare to march, women are raped, children starve to death, and natural disaster take their toll. These are not the fault of a loving God but a world governed by the evil one who exists to defy goodness to defy love of family, to defy humanitarian relief as terrorists plant more bombs and the blood of innocent is spilled each day. A war is being waged but it is not as many see it. They have been intricately deceived by the “Great Deceiver” Lucifer, Satan, Father of Lies, Angel of Light, Murderer, The Devil, among other expressions of evil.

Two former US Air Force officers re-examined Project Blue Book files, 23 years of UFO case investigations and came up with the underlying origin as being demonic. One of the most prolific proponents of UFO’s as extraterrestrials along with UN council briefings, Jacques Vallee, finally came to the demonic explanation himself. Many others in the UFO community are now sharing that explanation. With all its sophisticated satellites using infrared, powerful telescopic imaging, and light spectrum analysis probing millions of light-years into space and still we cannot pick up one intelligent signal from our radio telescopes all over the world. Why? Do Demons enter our time-space continuum from different dimensions? Sometimes we must remove the mask of presumptions in order to identify the true beast. 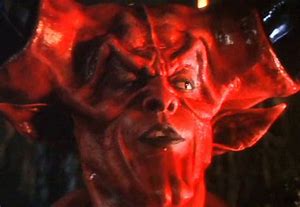 James Roberts, interesting should mention these entities that appeared just before ancient human tragedies like the plagues. I watched Jim Marrs, reporter and author, give a presentation at the Las Vega Crash Retrieval Conventions back in the mid 2000's my ex and I attended 3 of them. The Woods (Father and Son) put this event together with many well known UFologists like Stanton Friedman and Linda Moulton Howe among others. It was a lot of information to chew.

Suppressive Person (or SP) – An evil person. If someone is found to be an SP by the Church, they are “Declared”, meaning they cannot have any contact with any Scientologist whatsoever.

It's also said the interdimensional beings can only exist in this realm by baby blood or human blood.

William Bramley had some interesting references to the men in black in his book, The Gods of Eden. In Europe, some hundreds of years ago, they were seen "mowing" at crop fields, but the grain was not cut down. Then there was a miasma, followed by a plague. They were also seen "sweeping" in front of people's houses, then the same, a gas cloud and plague. Modern science claims rats or marmots (like groundhogs) spread the black plague, but they don't have the range to have spread it to all the remote villages in Europe, and many had no visitors or trade with other populated areas at the time. Bramley says that these characters are where we get our idea of what the grim reaper and other mythical, sinister beings from.

The Gods of Eden PDF

steve commented on steve's blog post Commie Pinko Faggot- Here's a catchy tune
"I posted this in April and only got 5 views, you guys should listen to this catchy ditty it will…"
1 hour ago

Doc Vega commented on Doc Vega's blog post Inside My Head
"Chris, hope things worked out better for you, but at least I'm healthy."
4 hours ago

Guardian of Scotland commented on Phyllis Maka's blog post BLOW EM RIGHT BACK OUT OF THE HOUSE - good one!
"That is right on. You tell then sheriff. Do not come to Polk County and start any shit. There will…"
6 hours ago

"but but .... The FBI Finds ‘No Intel Indicating Antifa Involvement’ in Sunday’s…"
7 hours ago

Chris of the family Masters commented on Doc Vega's blog post Inside My Head
"I feel for you Doc...."
10 hours ago