YES THE JEWS SET ALL THIS UP, I SAID IT ALL ALONG FOR YEARS but little good it does to say this now when obviously people did not listen and act while they still had a chance to stop this. 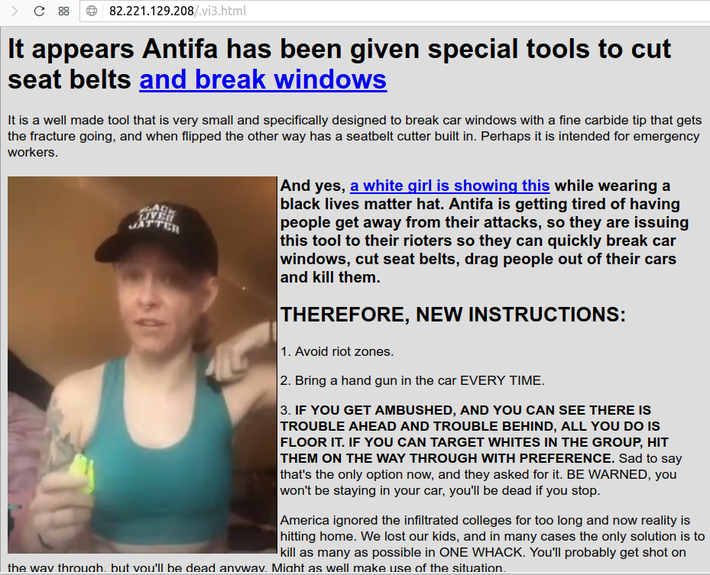 Keep in mind that if you do get away, the police are aiding and abetting these people, they are RIGHT THERE and they WILL nail you if you do anthing at all to prevent your death. THEY WANT YOU DEAD. This is what subversion looks like, the country is already lost, don't kid yourself about that. In EVERY CASE when they are present and not doing anything about it they side with the rioters and destroy anyone at all that interferes. If they get you cornered punish them as well as possible also, don't bother with being taken alive because you won't have a life after they get you anyway. Nothing could prove more clearly America is a conquered nation than to have the police side with rioters, the enemy is more than in the gates, it is in the fabric of society and must be dealt with AS AN ENEMY. Such police are NOT Americans and NOT part of the "American system" just as the courts that support them are no longer American either. Deal with them accordingly.

ENCOUNTER ANTIFA = END OF LIFE AND THE ONLY VARIABLE IS IF YOU DIE WITH THEM AND THEIR ENABLERS UNSCATHED. STAY AWAY FROM RIOT ZONES IF POSSIBLE.

YES THE JEWS SET ALL THIS UP, I SAID IT ALL ALONG FOR YEARS but little good it does to say this now when obviously people did not listen and act while they still had a chance to stop this. Hell, they are even paying the rioters to kill you. And they sit in their posh little secure communities and laugh about it while writing the next hit piece against America and plotting to destroy YOU.

Phyllis, When you run across these deluded supporters and followers of blm, antifa, etc. they need to be put in their place, made to see the simple truth. (they can't understand any other truth). I've listened to what these idiots have said, some had attended the recent blm march - in disregard of covid rules, because.... It's way More important to support black guys in America that get hurt, or murdered by cops let off charges because their court is the most corrupt. ~ So I reply "Are you thick !- to go out and support a foreigner in covid season and don't consider the brown lives (and others) that matter right here at home ! - in a court system even more corrupt than one America serves up. - just ask someone that works there. (They) Want You to Look Away, You either Refocus your effort, Or Be Deceived Losers !" The protesters don't like to hear this, but it'll take the wind out of their sails and force them to Think.

Jim Stone gave some excellent advice when he stated:

2. Bring a handgun in the car EVERY TIME.

Be advised, the police aren’t here to help you anymore in these situations. Even if you have to use force to protect yourself and your family the odds are you will be charged with a hate crime since that only works one way.

Mr. Sizzle Pro tip: Revolvers are effective b/c the spent casing stays in the chamber and not expelled onto the ground as evidence with fingerprints.  If you’re using a semiautomatic handgun make sure your fingerprints are NOT on any of the expended shell casings, load with gloves, if not...  That’s how you get caught.

Mr. Sizzle replied to steve's discussion Look What WE Did.
"Should we say who’s the ownerships in the sports…"
12 hours ago

Mr. Sizzle favorited steve's discussion Look What WE Did.
12 hours ago

BITCH SLAPPING some sense into these sports NOTHINS. Mr. Salty has a laugh and splains to the got…See More
16 hours ago
1 Comment 1 Favorite

Phyllis Maka commented on Phyllis Maka's blog post Jim Stone: this was not a broadcast glitch, Pelosi actually glitched like that in real life. WTH is going on???
"frickin lizards their 3D world is breaking up! soon We will actually see it all with these human…"
17 hours ago

James Roberts commented on Phyllis Maka's blog post Jim Stone: this was not a broadcast glitch, Pelosi actually glitched like that in real life. WTH is going on???
20 hours ago

Phyllis Maka commented on Phyllis Maka's blog post Jim Stone: this was not a broadcast glitch, Pelosi actually glitched like that in real life. WTH is going on???
"She's a thoroughly programmed "cyborg""
20 hours ago