Guess Who I Am

You’ve known me since you were born. I occupied your idle time with entertainment and advertisements and as time went on the actual content that seemed semi-intelligent was simply overwhelmed by even more advertisement. Commercials today that are often accompanied by stupid people doing stupid things, maybe even satanic chants in the background in conjunction with shallow mediocre music that would make Mozart vomit or the great composers of the 20th Century cringe, asking, “Is this really music?”

All downhill from here

But, that’s just what society has deteriorated into in the present day. Shallow mediocrity has become the norm. Drawing attention to oneself, congratulations for meager accomplishments that, not that long ago, would have been overlooked as simply routine behavior. Why is it that when it comes to the drug commercials that even as disclaimers that involve such conditions as, might contract tuberculosis, leukemia has been associated with, irritation at the site of the injection, call your doctor in case of anaphylaxis, get immediate attention if uncontrollable sexual impulse or hostility occur, if certain forms of lymphoma have emerged, or if swelling of the throat or difficulty breathing is experienced call 911! As these seriously life threatening side effects may happen even though they are supposedly in a small percentage of users and it was the government who forced Big Pharma to include these possible complications as having happened, we see people eating, having picnics, smiling as they enjoy live music performed by fake musicians, fake school marching band leaders, fake doctors who urge us to take these prescription drugs and trust the makers of the product. 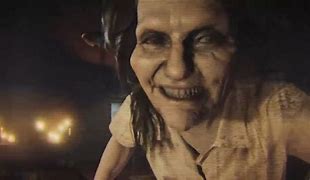 Another disturbing side of me

Although I seem to be an innocent bystander to what you view and hear, little do most of you know that I can be switched on from unknown sources to act as a spy camera either by unscrupulous enforcement agencies or hackers. Perhaps, the all seeing eye symbol of CBS is not so benign after all. So, much has happened in technology now that I am no longer simply a passive instrument to accompany your leisure. I am now a mesmerizing medium, a tool of corporatocracy, designed to get you to conform, comply, and buy! At one time, I actually had a redeeming quality. I acted as a center piece for quality family time with programming that made sense and had moral value, but not anymore. I’ll bet you’ve guess already who I am.

30 years ago you may have watched true artists play intelligent music on my screen. You may have experienced moments that were truly historic and not staged or created to steer public opinion with radical or progressive distortions of reality. There was actually a voice involved that represented the people, not just a political narrative that vilified decency as we see so much today. We have seen some mediums like MTV that started out giving musical audiences a unique insight into the artists who didn’t always have a visual medium associated with their musical work. But, when the producers of the show found that the biggest audience was minority children in the crumbling inner cities, skipping school, who watched MTV, often while doing drugs. So, they quickly changed the format into hateful rap videos despising police, Caucasians, and decent behavior for violent rape lyrics and women seen only as sex objects.

This was the dawn of a new age in so called entertainment that I reflected on my screen for the young and impressionable mind to be programmed by. VH-1 too, once the province of the older generation of rock music enthusiasts now populated by Hip Hop artists who constantly party, fight over the infidelity in their brainless among their ranks, using vulgarity at every turn, and make polite manners look like a sacrilege! This is what the minds of children and adults, who have practically given up on reading, searching for meaningful content, or having any imagination have been saddled with by the corporate hypnosis state, and I have become their weapon of choice.

You know who I am

I’m sure you’ve guessed who I am by now. I’m your television. Once a visual window into a broader world that many did not have an opportunity to experience where lessons could be learned and innocent forms of entertainment were the norm. For some single parents I was an electronic babysitter, for others I was simply a way to relax after a hard day’s work, but now I have become much more. I am now the giver of propaganda. I am the window into a warped world of self-worship and demonically graphic violence! Where all that is perverted is practically permissible and the heroes of the day are vulgar, irreverent buffoons who are the last influential figures that any child or young adult should be subjected to. In a way, I have become the visual and audio seduction of a decent society into an existence of chaotic self-destruction, and godlessness and sexual perversion. I am your television! 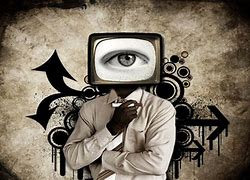 So insidious that once you are awake, you realize that just about EVERYTHING you used to enjoy on the box, is part of the agenda.

Burbia, you're right! We can't have anything decent or holy but we can sure have sympathy for the Devil!

Feel free to censor this comment and delete but...Sympathy for the Synagogue of Satan

Harry Thomas replied to Harry Thomas's discussion Malcolm X Marks The Spot ThAt Leads To The Destruction Of The NWO!!Then Icke Drops In? Let's DOUBLE DOWN CALLING GOD HIMSELF!! Or HERSELF? Part 2 By Real Talk 4 Real People Podcast
"https://twitter.com/HarryThomasSho1/status/1482992853366317056?s=20 https://harrythomas.club ;"
7 hours ago

Harry Thomas favorited Harry Thomas's discussion Malcolm X Marks The Spot ThAt Leads To The Destruction Of The NWO!!Then Icke Drops In? Let's DOUBLE DOWN CALLING GOD HIMSELF!! Or HERSELF? Part 2 By Real Talk 4 Real People Podcast
7 hours ago

cheeki kea replied to Harry Thomas's discussion Telephone Scammers Prey On The Elderly & Deep Mind Control In Todays Media by TRUTH is HATE
" Another good show Harry. This podomatic mode you've got going links up with my computer…"
14 hours ago

Chris of the family Masters commented on Less Prone's status
"No wonder, Covid is a weaponized common cold...."
16 hours ago

Harry Thomas replied to Harry Thomas's discussion FLASHBACK - NOV 13, 2010 - Life On The Outside on 12160 - Bio Warfare Americas Dirty Little Secret By The Harry Thomas Show
"App Not Setup This app is still in development mode, and you don't have access to it. Switch…"
17 hours ago

Less Prone commented on Sweettina2's blog post Hello, I miss & love you all!
"I'm sad to hear of your daughter and your MS. Why do these things so often happen to the good…"
19 hours ago