News + just arrived
The Attorney general responded to Rod Callington notice from 6 months ago, admitting the great Seal of Australia was unlawfully removed by actions of Gough Whitlam.
The matter has been referred to the federal police.
What this means, all laws and regulations since 1973 are invalid.
High court in UK has been notified, also New Zealand de- facto government got the message.
Implications will be staggering!

Yes it could be troublesome so to all my relations parked up over there Think about it for one second. If and I'm just saying If it's remotely possible that all Laws and Regulations since 1973 are invalid then how to do think the Non-binding bilateral Travel/ Residency treaty will fare? Of cause you all should be acutely aware that the TTTA 'arrangement' was nothing more than a made up announcement by crime Minister of Aus. Gough Whitlam (labor) in cahoots with his off shore crony crime Minister of NZ Norm Kirk (Labour) back in 1973. The biggest (and most undeserving) privilege ever negotiated in known history. ~where a 6 month visa magically morphed into a visa forever. Sorry to burst your bubble family but it's the elephant in the room and it's the truth. I just think you should have your suitcases packed to go in case they realise it. 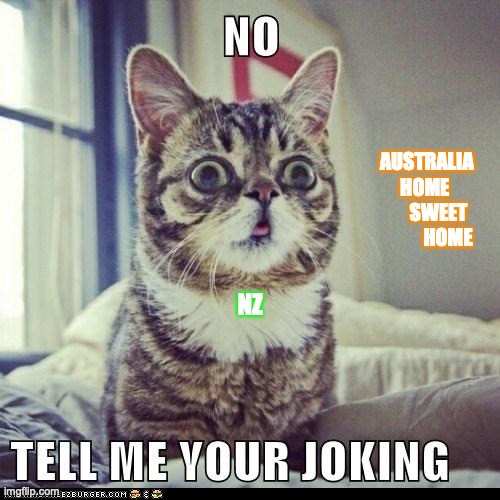 Shock of the day

As it happens right now - AEC gets flooded with the emails demanding the explanation....

Their trick bag is unbelievable.

This is how they going to steal the election!

AEC has removed the names of Independent candidates from below the line part of the ballots.
All we have are the letters with empty squares.
To bad all independents had to pay thousands of dollars to be in the running.
This is a crime.