A few weeks ago someone at Facebook changed my group, “St. Joseph Missouri Patriots”, from Public to Private without my permission.  I am not allowed to change it back to Public. I didn’t notice the change until members began complaining that they were unable to Share my posts.  I assume that all posts on this page are seen by only a few of my members since so few are now commenting or click on the like tab.

Zuckerberg publicly says FB is not in the business of restricting a person’s constitutional rights.  Well, that is a lie.  In my mind, Facebook has just exposed themselves as being a part of the Deep State.

Hopefully, Trump is allowing these traitors, like Zuckerberg, to expose themselves and will bring charges against them before the end of his term.

It would be nice if 12.160 could be modified a bit to look similar to FB and harvest millions of members from them. If FB had some competition, things would be different. I suppose that there are legal reasons why this would be difficult to do because of copyright laws, etc.

Trump should threaten FB that he is considering hiring an outside firm to build a FB look alike if FB doesn’t stop censoring conservative posts.  Maybe even threaten to stop the billions of dollars of aid the US is giving Israel.  That might get the FB billionaire's attention.

Larry. Sorry about the delay in replying. You can use the mails and messages to friends to communicate. There are also lots of groupst hat you could start using actively and ask you friends to join. There is a group The Gathering with an idea of forming groups in the real world too. Another group Economic Independence and Cooperation promotes ideas for getting rid of dependence of the money/debt/tax system.

We have thousands of members but most of them are inactive, so it takes some effort to get people involved. You could invite your friends to join us and have a more solid group to form. Why not ask you facebook contact?

You ar epropably aware why Facebook was made and why it has been made to be so popular, the control.

A former advisor to Steve Jobs warns that Facebook is “destroying the very fabric of human relationships” by making its users become addicted to anger.

Less, it is probably that I have not learned how to operate 12160 effectively.  Maybe if it showed a group of select friends posts all in one group;  Posts, Remarks, Share, etc.

I'm gradually learning how to use it.

I'm not familiar with the Faecesbook and don't have an account there. Could you tell us what exactly you would like to see here. Here you can have friends and send them messages, open discussion groups for member interested in specific topic, and there are many already. You can create your own network here in many ways.

Thanks for your comments Keisha.  I wish 12160 would adopts more Facebook look-a-like features to really give them some competition.   FB should leave a questionable post and post their opposing FACT CHECK post next to it.  But in my case they changed, without my permission,  my page from Public to Private and blocked the Share button.  I filed a complaint with the Missouri Attorney Generals Office.

Hi Larry, Fakebook is over zealous about censorship and they've let the power go to their heads to the point of malfunction. They are losing the trust of ordinary everyday members  due to their endless mistakes and the fall out that follows. In the olden days if I searched up a business it would usually say " follow us on Facebook or twitter" now I start to see " visit our website" more often and FB/ twitter isn't mentioned. ps The've got so incompedent I've even seen them censor a tasty pie for no comprehendable reason. 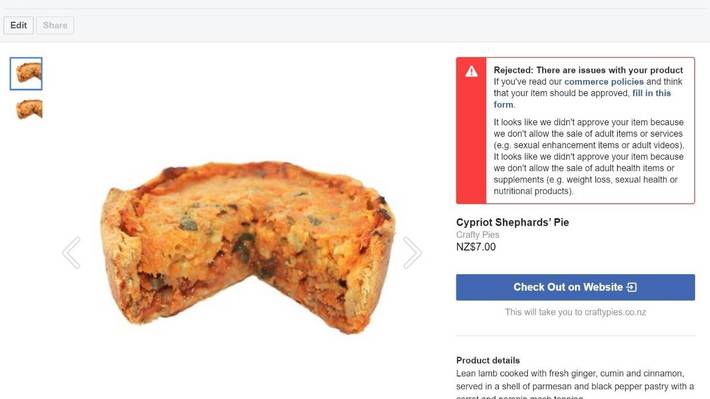