IF AFTER AN ELECTION, THE "VICTORS" KILL A MAJORITY OF THE POPULATION, THEY OBVIOUSLY STOLE THE ELECTION. - Jim Stone

Jim Stone: MY TAKE: They are going to stage a "disaster", biological or whatever, and already know the number of people they want dead, an amount that happens to match America's white population. of 237 million. 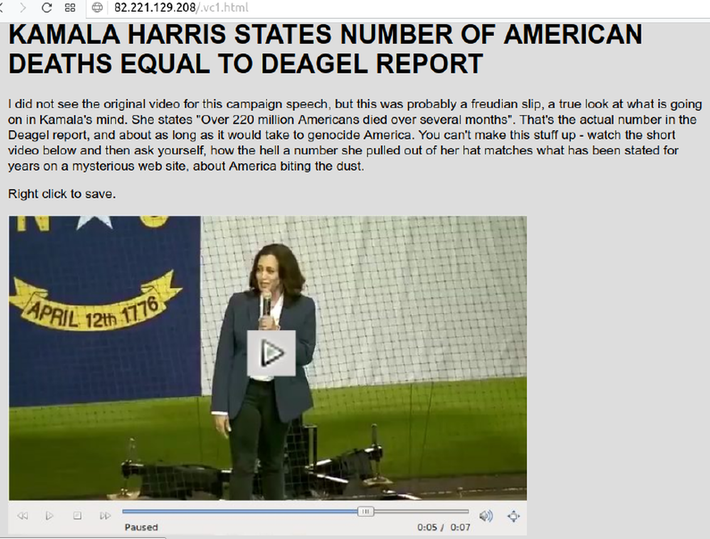 They'll say "over 220 million" and not 237 million because there are chosenites mixed in with the white population, and the chosenites are not going to get genocided. Quite clear here, PLAIN AS DAY.

We have heard these same people say that after the "election", Trump supporters WILL be removed from society. How many are there? 220 million AT LEAST. The writing is on the wall folks, plain as day.

SALIENT POINT: IF AFTER AN ELECTION, THE "VICTORS" KILL A MAJORITY OF THE POPULATION, THEY OBVIOUSLY STOLE THE ELECTION.

Doc Vega replied to Chris of the family Masters's discussion The Bicarbonate Miracle
"Excellent points. We will stupidly take life threatening prescription drugs over the simplest and…"
48 minutes ago

Doc Vega commented on Doc Vega's blog post Illusion of the Nymph and the Paradox
"Thanks Central Scrutinizer!"
56 minutes ago

Strange, not Oval Office! Look out the window.

rlionhearted_3 replied to Twilight Zone's discussion Strange
"I posted mine before I saw this. It’s like a movie set for a movie? A grade B movie!"
3 hours ago