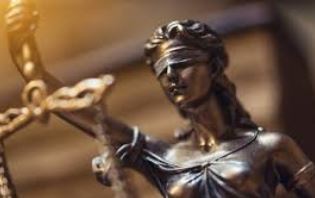 The lawyers fear a new Missouri Supreme Court comment will make it impossible for them to represent medical marijuana clients because of state law being in conflict with federal law. While medical marijuana was legalized by majority vote of the public, Patrick Nolan, a Missouri attorney says it is still illegal under federal law.

I don’t claim to be a lawyer but I don’t believe the lawyers have anything to worry about especially if they want to take their argument to the Supreme Court. As I see it, the Federal Government has no jurisdiction in marijuana regulations concerning individual states. The argument could be made that the federal government does has jurisdiction in Washington DC but not in the individual states.

The Tenth Amendment of our Constitution says, “The powers not delegated to the United States by the Constitution, nor prohibited by it to the States, are reserved to the States respectively, or to the people.” Doesn’t it follow then that the Federal Government has no jurisdiction over not only marijuana but for that matter any other drugs or even food unless the Constitution is amended to give them jurisdiction. In other words a federal law that is not constitutional is not a law at all.

Central Scrutinizer commented on KLC's group MUSICWARS
"no probs Burps..... "Now back to our regularly scheduled programming...." Next Up?, four…"
1 hour ago

Central Scrutinizer left a comment for Voco Veritas
"About time ya got here VV....sheeesh, We've been waiting for ya ;) Greetn'z &…"
2 hours ago

Central Scrutinizer left a comment for Jane Bower
"About time ya got here JB....sheeesh, We've been waiting for ya ;) Greetn'z &…"
2 hours ago

Central Scrutinizer left a comment for Zulugroove
"About time ya got here Groovy Zulu...sheeesh, We've been waiting for ya ;) Greetn'z &…"
2 hours ago

cheeki kea left a comment for Zulugroove
"Greetings Zulugroove, That's a great name and it's really groovy to have you here at the…"
3 hours ago

cheeki kea left a comment for Jane Bower
"Greetings Jane, Awesome that you have joined up at this site today. "
3 hours ago

cheeki kea left a comment for Voco Veritas
"Greetings to you Voco, So great that you've joined us all here at the site."
3 hours ago

Less Prone commented on Doc Vega's blog post America Already at War With China (Just not Declared)
"We, nations, people and individuals are being played. We live in a world of deception, lies and…"
6 hours ago

First they have to really go after guns…funny I use to agree with this.Next they will say the…See More
6 hours ago
1 Comment 0 Favorites

Larry Flinchpaugh left a comment for Otto Sontheimer
"I haven't seen you on 12160 yet?"
13 hours ago

Larry Flinchpaugh left a comment for mark flinchpaugh
"I haven't seen you on 12160 yet?"
13 hours ago