According to the latest vote count, Le Pen’s National Rally has secured 23.3% of the vote compared to 22.4% for Macron’s En Marche party.

Turnout was up 10% on 2014, particularly in areas of France where Le Pen has gained ground in recent years and where her policies have resonated with segments of the Yellow Vest movement.

The defeat is particularly humiliating for Macron because before the vote he said that anything other than first place would represent a failure.

“For Macron this was a defining election and it’s him who made it like that,” said Bernard Sananes, president of Elabe polling institute. “Finishing second would mean a sense of isolation in Europe.”  https://twitter.com/i/status/1132765930537279489 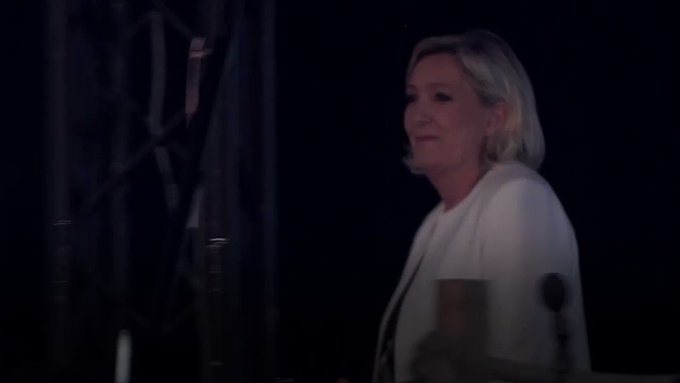 “The French have placed the National Rally at the top of the European elections. I see the people’s victory, who with pride and dignity have retaken power this evening,” said Le Pen, adding, “A widespread movement for an alternative is born.”

The National Front leader is now calling for Macron to dissolve parliament, asserting that the political scene is now firmly “split between nationalists and globalists.”

“The president has no other choice but to dissolve the National Assembly and allow for a more democratic voting system in order to better represent this country’s majority political opinion,” said Le Pen.

Macron’s presidential victory in 2017 was hailed as a victory for globalism and the beginning of the end for populism.

There is a war on free speech. Without your support, my voice will be silenced.

Please sign up for the free newsletter here. Donate to me on SubscribeStar here.

Support my sponsor – Turbo Force – a supercharged boost of clean energy without the comedown.

Comment by Chris of the family Masters on May 30, 2019 at 5:48pm
Logic tells us Le Pen was robbed at the election. Globalists choice Macron was chosen through the ballot fraud.