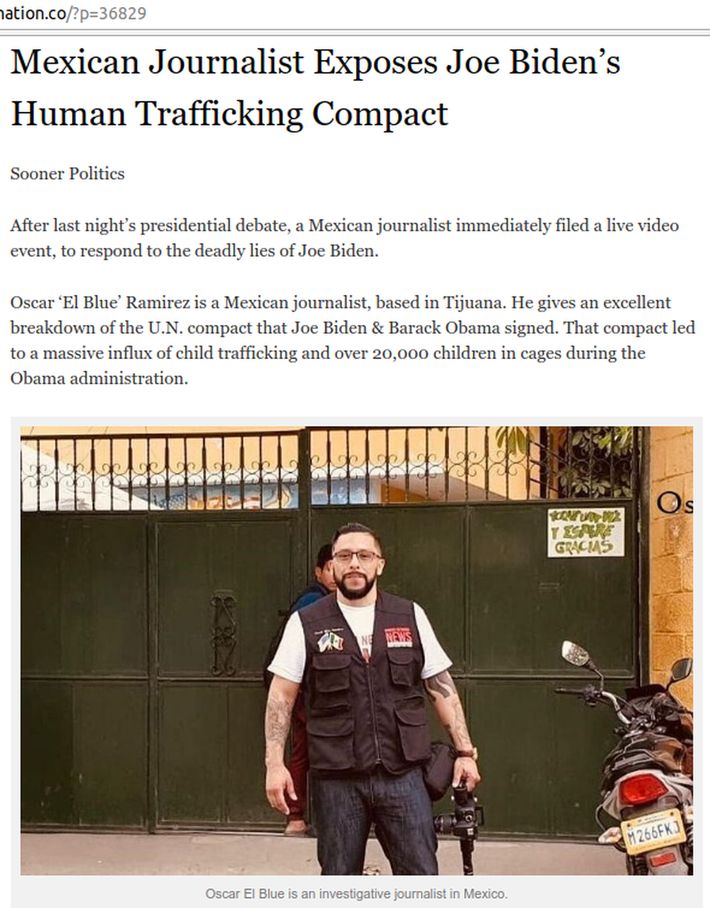 El Blue gives a first hand witness to the Coyote network of organized crime in human trafficking of children. He describes a massive black market industry that Obama/Biden created by signing the UN Global Compact of open borders.

The fake families that resulted from the compact are a result of the poorly designed text with loopholes wide enough to build concentration camps within.

El Blue says 72,000 trafficked kids have been rescued during the Donald Trump administration because of efforts to determine if the child was actually a biological offspring of the so-called ‘parent’ who paid coyotes for the use of the child.

El Blue also asserts that Antifa is involved in the trafficking syndicate.  Trump’s effective shutdown of the global human trafficking has crushed the ‘cash cow’ of international trafficking.

Coyotes are losing enslaved children when DNA tests verify whose child the youth actually is. Kids from deep in South America are now miraculously returned to parents as a result.

Coyotes have used those same kids over & over again, as an anchor to keep an illegal alien in the USA long enough to disappear in the interior of the US.  That’s when the child is collected by the coyotes and looped back to the border regions of Mexico, to be recycled into another fake family and sent again, through the US/Mexican border.

The rapes and tortures are rampant because the child is purchased property… well, okay; rented property.  And these children live in perpetual fear because of the global presence of the black market human trafficking syndicates, even in the USA.

Twilight Zone commented on Doc Vega's blog post Conservatives Christians and Trump Supporters the New Holocaust Victims
"Doc, I agree, it is a spiritual battle.  There is no logical answer if we were dealing with…"
3 hours ago