All of the supposed concerned parties in human history have a common denominator. The statists, the collectivists, the socialists, Communists, the Marxists, all claiming to want to quell starvation, lack of opportunity, class discrimination, or racial inequity. Sounds noble doesn't it? Somehow these magnanimous personalities claim that they want to do right by mankind, but history tells us a daunting story about these megalomaniacs who are simply interested in power while using platitudes and lies to climb into the seat of power. If lying was all they do in order to sway people's political opinion that would be enough, but under the deadly pawl of Communism 100 million people have died. Their remains can be found in mass graves all over Asia, Europe, Russia, the Koreas, the Chinese mainland, and even Central America.

Anywhere there is a lack of education and a population of people seeking answers, work, and a standard of living you will hear the voices of wolves saying, "I have the answer! I know how to manage the masses! I promise I will give you food and work. I will overthrow your corrupt leadership!" Like magic, the cancer re-establishes itself and spreads! A once prosperous society with opportunity, freedom, and cultural history is rendered to the funeral pyre of history and all because of Marxism and the fools who advocate it! There is not one more toxic form of rule, not one more murderous form of political suicide than Communism, yet still it persists and is sold on American TV by the Democrats as the future of America! 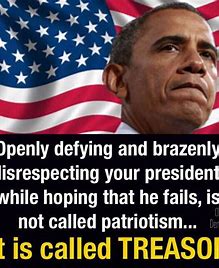 In every society where the word "Utopia" has been unpacked and used as a key phrase on a political platform, the exact opposite has happened. When Communists decided they needed an image make over after President Reagan had decimated the Soviet Union simply by using the vast capability of American capitalism, a new word sprang up among the left. Progressivism! Now Communism has a new face, And what were they promising? You guessed it! Utopia! Meet the new "Boss" same as the old "Boss"! Disguising historical failure of a poisoned ideology with new verbiage for the peasants who refuse to pay attention or learn from the bloodshed of history!

Consider that the average mentality targeted for television audiences is the IQ of a 9 year old! What does this tell you? Television and radio both work hand in hand with the Democrat propaganda machine constantly churning out false narratives to twist the truth and seduce the typically out of touch, uninformed, myopic, and self centered public, too lazy to dig just a little bit for the facts while the biased news outlets pump out lies or simply refuse to cover meaningful and enlightening content! Modern day society is little better than a group of animals who barely manage to co-exist but are easily controllable by media and politics that the media broadcasts over and over again. Obey, sleep, don't think, we'll do the thinking for you! Like animals in the forest, the human species seeks the game trail, the least path of resistance! But, this is most definitely not "Utopia" it is invisible and palpable control!

Utopia implies, heaven sent, peace, no struggles, on par with God's love, but in human history it has been implemented through draconian oppression, murder, fear, division, and hatred. In order to have "Utopia" you must do things our way or else! That "or else" has been paid for in the blood of millions of victims. Some were slobs looking for an easy way out. Some were hard working farmers who could never get enough rest. Some were educated well enough to be indoctrinated, while some rose to the top of the dog heap as inventors, doctors who healed the sick, scientists who advanced our technological capability, excluding actors, excluding politicians, excluding the delusional oracles of God. Without them the human race may have avoided much death and destruction believing in the catch all phrase "Utopia". 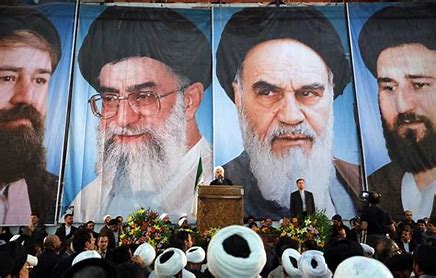 Rulers like Stalin, Mao Zedong, Castro, Hitler, Lenin, all gave us the reoccurring, unwanted, encore performances of the "Killing Fields" of Cambodia, the food riots of Venezuela, the "Cultural Revolution" of Red China, the reunification of North and South Korea, or maybe the superior "Arian Race" envisioned by Hitler at the cost of millions of lives in Europe, the Middle East, North Africa, and in the Steppes of Russia. That grandiose lie that seems to infect every arrogant and indoctrinated generation who conveniently forgot history and it's biggest lie of all-"Utopia".