Every day the news grows more perplexing as people wonder just how much more destructive could a president in power be to his own country? How could any responsible leadership allow millions of unvetted illegal immigrants from some 47 foreign countries be allowed to cross our borders in such numbers that they overwhelm local infrastructure and become a danger to themselves as young girls and women are raped. While our state run media makes up ridiculous stories that our horse mounted border patrol agents are whipping illegal immigrants, they intentionally refuse to ask the tough questions like, “Why are thousands of people illegally entering our country being bused and flown all over the country?” “Why would our government be funding their personal expenses?” “Who is behind the coordination of a massive invasion upon America implemented by an illegitimate president and his staff?”

Could this be in order to distract from the huge military blunder in Afghanistan? Could this be a deflection from the Democrat sponsored multi trillion dollar spending for unknown expenses that could collapse the US dollar? Are the Democrats pulling off the classic Cloward Piven Strategy to force America into an irretrievable crisis that cannot be rectified? So as to force a complete system collapse in order to burn down the Constitutional Republic and from its ashes transform our society into just another banana republic with dictator rule based on the failed socialist model that history has indicted for its bloody defeats? It sure would seem like it!

There is no economically sane way that millions of illegal immigrants who have been invited and placed into parts unknown all over America without a sinister agenda! Embedded among those seeming desperate people hoping for opportunity, as the false narratives echo, are drug cartel killers, terrorists from many cultures, those carrying diseases, criminals released from the jails of many countries, and young men of enlistment age all of which have been instructed to leave their papers and ID documents on the shores of the Rio Grande before crossing into US territory! Tell me what’s wrong with this picture? 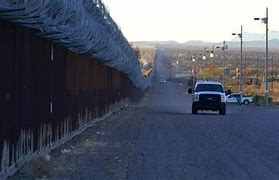 Who is behind all this?

All of these federal government implemented crises are not just examples of incompetence. Joe Biden is an incapable tyrant who was not lawfully elected while being in obvious mental decline, but there are those in the shadows like Barack Obama strategizing America’s failure while using their puppet as a front man. That puppet is a former vice president and senator who for 47 years made no discernible contributions or important legislation that benefited America. While crowds of more than 40 thousand people waited lovingly to see President Trump at his rallies and even braved the attacks of ANTIFA and BLM, Joe Biden couldn’t get a dozen people to show up at his embarrassingly unattended gatherings. Yet, the intelligence of the American people was insulted into the “Big Lie” that somehow this tottering old fool (Biden) amassed a record number of votes to defeat a beloved incumbent for the Oval Office? 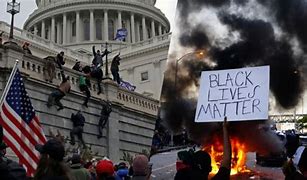 Using the tactics of Nazi Brown Shirts in World War II Germany or the iron fisted attacks of the Stalinists in pre-Communist Russia, American cities in the summer of 2020 were attacked by rioters from ANTFIA and BLM night after night, injuring outnumbered police, burning down city buildings, and assaulting Trump supporters, Christians, or conservatives while the Democrats refused to denounce the violence! While our cowardly and compromised press corps only made false reports or created a spin that somehow supported the destruction of our civil society. America was subjected to the same kind of criminal propaganda and organized and paid for agitators whose agenda was to discourage Trump voters, intimidate the normal law abiding citizens and get their Manchurian candidate owned by China elected! 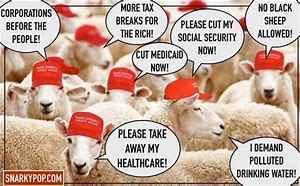 Americans who have conveniently ignored paying attention to who they vote for or elect even if they bother to do that much, are now wondering, perhaps too late in the game just what happened to America, the home of the free, and the home of the brave. Perhaps they should have long ago unplugged themselves from their video games, interrupted their reality shows, or stopped allowing beer and ballgames dictate the course of their lives! Is there any way that this nation can pull itself back from the abyss? Is there any way Americans are willing to get out of their apathetic comfort zones, take to the streets as we have seen in Australia, France, and Spain and confront the globalist elite who are dissolving all borders and individual sovereignty for a “One World Government” as we say presently underway in the US? 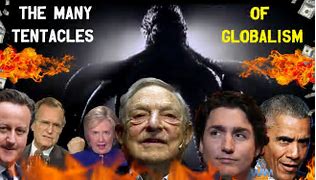 All those responsible and self-reliant Americans who work, raise families, obey the law, and go home every night to help the kids with homework, eat dinner, and watch TV are now facing the very real possibility that their way of life will be altered forever. With the orchestrated Covid crisis even more chaos is within our midst. Either take a dangerous injection that does not even provide immunity along with booster shots or lose your job, stay in a lock down, don’t be allowed to travel, or submit to an authority that is allowing a silent invasion disrupt the country, is the apparent eventuality that the functional majority of America faces, and it was criminally planned and executed as thousands have died all for nothing but lies! 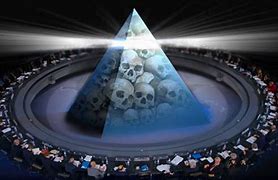