World Of Naked Lies...Said another way they lose their hearts, the intelligence of the heart, their own organs of truth...

Lying seems to be the foundation of human intelligence and civilization. Robert Fisk writes, “We do not live in a “post-truth” world, neither in the Middle East nor in the West – nor in Russia, for that matter. We live in a world of lies. And we always have lived in a world of lies.” 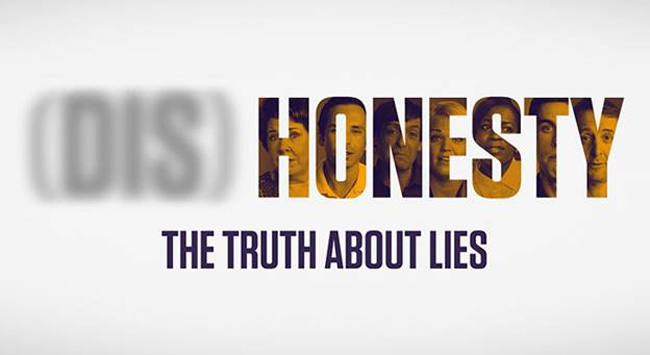 Anyone alive today that believes we are living in a world of truth, justice and love needs to have their heads examined.

Related: Why The Truth Is Vilified (And Lies Are Celebrated) Everyw here Acr...

We live in a world of lies and half-truths, which are really the same or worse than outright lies, because they confuse the human mind. Lies cause unmeasurable amounts of human suffering and lead people to early graves.

We lie and we never stop lying, even to ourselves. Governments lie and they want us to believe in their lies. The press lies pretending to represent the truth but that is understandable because they are wholly owned by elite masters who tell them what to publish. Historians lie but not all of them.

Egyptologists lie because they do not want to know anything besides what they have already thought of as the truth of Egypt’s ancient past.

Certainly, bankers lie about their honesty and doctor’s lie about the dangers of their drugs and surgery done without supplementing with magnesium. 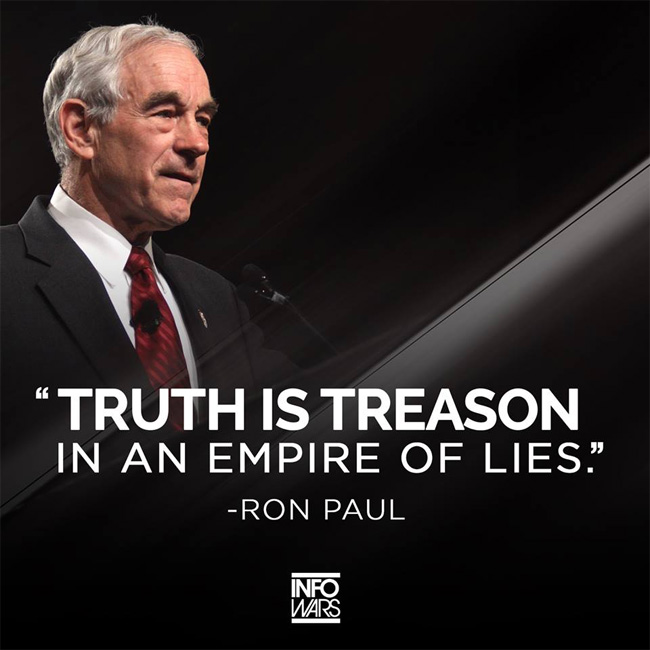 Related: Dear Western Peoples; There Is No Freedom Without Truth

They even lie about heart attacks never saying people who go into cardiac arrest are actually dying of magnesium deficiencies. Dentists of course lie about fluoride and their use of the highly toxic neurological poison mercury.

Therefore, we lie and our institutions are built on pyramids of lies. So why do we trust liars? How can anyone be arrogant about realities of lies when there is no truth left? What is truth if we have nothing but lies?

What is amazing is that these past years they have even been lying about the weather. Imagine the weatherman telling people in New York that it is sunny and warm but when you step outside it is cold and raining. It is that bad.

Not that the google search means much but it does suggest one start reading about what is going down on our planet if one is interested in surviving the future.

Some people fiercely filter information for fabrications, exaggerations, plagiarism, white lies, and most of all: deception. However, as one study suggests, we are on average only able to catch 54% of lies. Strikingly, in the same study, trained police officers, judges, and FBI agents were not that much better than the average person was. 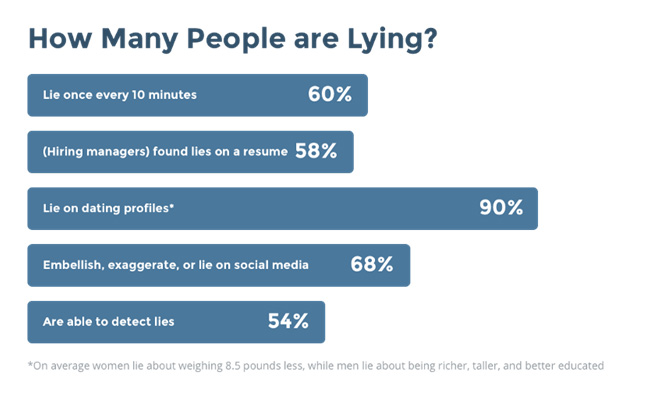 “There are facts, there are opinions, and there are lies,” says historian Deborah Lipstadt who encourages us all to go on the offensive against those who assault the truth and facts. “Truth is not relative,” she says. Therefore, we really have no choice but to question and challenge everything.

What is the truth of the liberal mind? What is their greatest wet dream? They want the whole world to be one big happy family, where borders are meaningless, people can freely move from one country to the next, and no society is inherently better than another is.

They preach diversity, but they want the world to be blended into one drab monoculture that falls in line with their beliefs and violently oppose others, who believe in quaint ideas of nationalism for example.

oday nationalists and patriots are evil people in the eyes of liberals and progressives who forget the truth of what these words mean. According to the Merriam-Webster dictionary, nationalism simply means “love for or devotion to one’s country.” According to thefreedictionary.com, a patriot is “a person who loves, supports, and defends his or her country and its interests.” 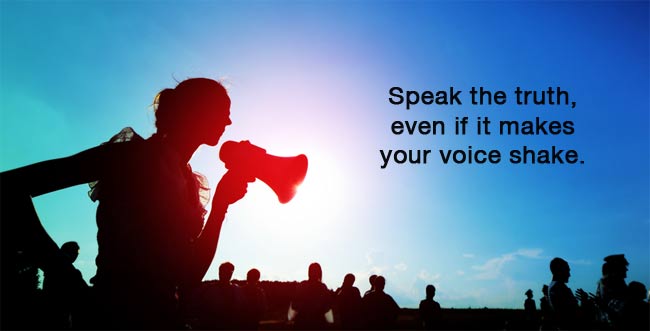 Related: Many Scientific “Truths” Are, In Fact, False + A Scientist Explains...

So for sure they lied about 9-11, what started the Second World War and about how the world is doing with global debt now hitting $217 trillion, which is 327% Of GDP. We could go on forever listing lies.

Religions lie. We know that because if that were not the truth then only one religion is a true one and the rest bull because they all contradict each other.

In a world of lies one has to wonder the truth about everything, even what happened in Germany during WWII?

Come on, they even lie about iodine in salt, as if it would do anyone any good because once put on the table the iodine evaporates quickly. Most people have no idea what truth is or the process of finding it. The truth is as unpopular today as it has always been. If you are a person of truth and you hear the truth, it rather excites you. The truth, if we are not living it, is almost unbearable to hear.

The sounds of silence are the sounds of lies, omissions of fact and reality so large it is more than manipulation. Did you know that one’s silence could be deadly? One can actually do mass murder with silence by deliberately holding back information that can be lifesaving. 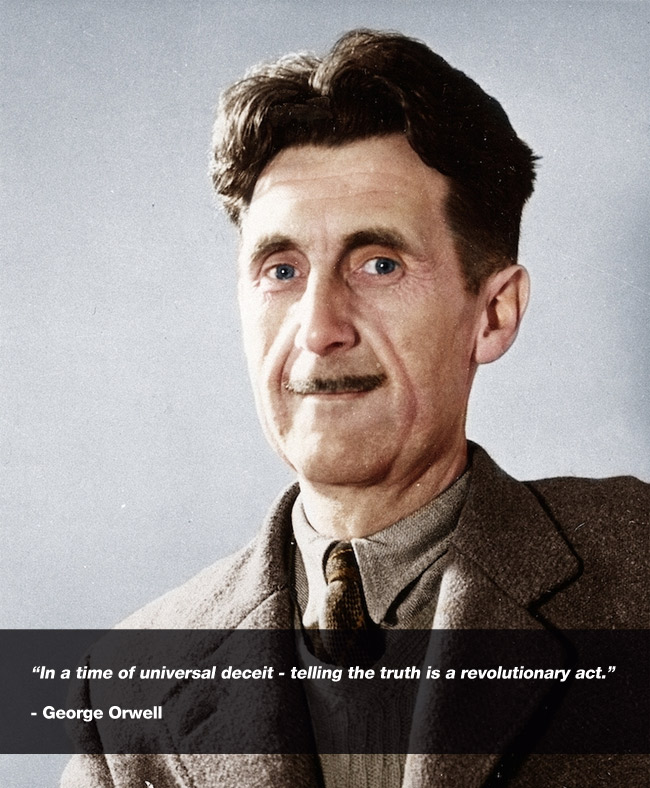 Related: The Truth About Money Is Out & Austerity In 8 Minutes: Why It D...

Tell that to your doctor for he is the one who most needs to know this. What is going on in Fukushima is perhaps the greatest silent lie. Things are so bad there we hear nothing about it.

Perhaps the most dangerous lies today center around Russia. Sick politicians in both American and Europe are risking all of our lives in a nuclear war with their lies. Crimea is Russian. All the people there speak Russian. Almost every one of them voted to rejoin Russia.

The West is completely irrational, not only about Islam but also about just about everything. It is inviting its own destruction. They have even convinced the Russian high command, which has already announced its conclusion, that Washington is preparing a surprise nuclear attack on Russia.

Conclusion – A Little Bit of Truth

The heart can only stand the truth but our minds can wonder all over the universe of lies without problem. We said in the beginning that lies hurt people. Powerful people everywhere routinely make decisions that hurt others. The old saying is right: Power really does corrupt.

No one is honest about their corruption so they have to lie. Therefore, the lies that permeate civilization start at the top among the most powerful. 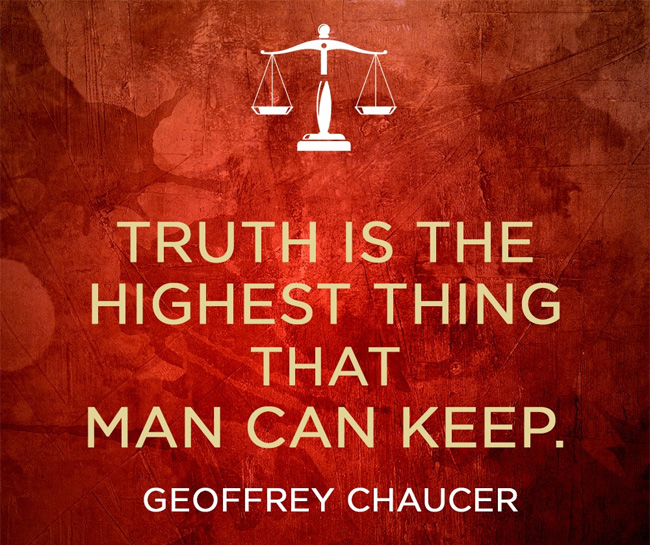 Most important, test subjects often lose empathy, that is, the ability to understand and share the feelings of others. Said another way they lose their hearts, the intelligence of the heart, their own organs of truth so in a sense they become stupid.

Rich in money and possessions but without hearts leaves the most powerful without the kind of vulnerability that leads to love so actually they are poor in spirit, poor in their ability to feel but strong in their ability to abuse. They also lose their capacity to mirror and listen to others.

The Truth Is Possibly Out There

The Control-Matrix Is Crashing Because The Truth-Seekers Are Winning

Canada scandal: how does Minister of Defence still have a job?

cheeki kea commented on Doc Vega's blog post The True Meaning of Memorial Day Part II
"We're all right in our opinions. There was one life lost in WW 1 from my distant family, I was…"
5 hours ago

stormtruther commented on Doc Vega's blog post The True Meaning of Memorial Day Part II
"Casualties were of no importance to Hunter-Weston provided the objective was met, [14] but he…"
5 hours ago

stormtruther commented on Doc Vega's blog post The True Meaning of Memorial Day Part II
"each to their own :)"
5 hours ago

cheeki kea commented on stormtruther's blog post The Belgian minister looks like a walrus that has washed up on a hot beach many hours ago and is ready to explode
"Oh look here's our chief microbiologist who provides advice and support to the PM, straight…"
6 hours ago

cheeki kea favorited stormtruther's blog post “We’re in the bizarre position of wanting Covid to stay, at least for a little while. But cases are declining."
6 hours ago

Mr. Sizzle favorited stormtruther's blog post The Belgian minister looks like a walrus that has washed up on a hot beach many hours ago and is ready to explode
7 hours ago

cheeki kea commented on Doc Vega's blog post The True Meaning of Memorial Day Part II
"Well, we Must remember the fallen and Honour them on Memorial and Anzac Day. I have seen the last…"
7 hours ago

Mr. Sizzle commented on Doc Vega's blog post The True Meaning of Memorial Day Part II
"ALL wars are bankers wars for profit and control.  I am not trying to disgrace the men and…"
8 hours ago