The first component is ‘globo’. This refers to global, because globohomo is a strategy deliberately carried out by globalists in particular. Globohomo is very much a world-wide phenomenon, in the sense that it seeks to expand its reach into every corner of the planet. It intends to destroy all local cultures, whether they be national, provincial, city, town, village or family. These local cultures must be destroyed so that people have no resistance to the propaganda of the globalists.

The second component is ‘homo’. What this refers to is the fact that the people pushing the globohomo ideology are almost never people with healthy families, and they are always promoting behaviours that are not compatible with the function of healthy families. Inevitably there is some kind of sexual dysfunction among the people who cheer for globohomo. It isn’t simply a matter of homosexuality, but also a curious reluctance to have children, despite occupying a leadership position that will have consequences for all children for decades to come.

An essential part of the ‘homo’ element is that people are induced to either not have families, or to hate the families that they do have. The point of this is to further destroy the family unit.

Part of globohomo is being given rights to do things that you don’t even want to do and never would – like marry another man – but losing your rights to do things that every normal person wants to do and used to be considered normal – like raise a family on one income. The corporate media works hard to create the impression that things are better than ever before (because the scourge of homophobia is finally overcome) but the truth is that life is getting much worse by all meaningful measures.

In summary, globohomo can be thought of as a manufactured culture that expands into cultural space like a cancer, destroying all genuine diversity and replacing it with a corporate Disneyland, for the sake of maximising profits and control, both of which are held by an international class with loyalties to no land and to no people. Its prevalence is one of the main reasons why people all over the West feel like their actual quality of life is decreasing, despite our obvious material and technological progress. 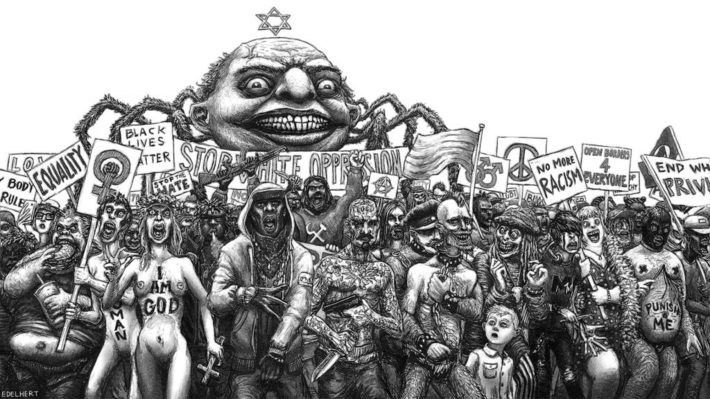