Bank Money-Laundering Whistleblower Committed To High-Security Mental Hospital 7 Yrs Ago ... Turns Out He Was Telling The Truth

Gustl Mollath was put in a psychiatric unit for claiming his wife was involved in money-laundering at the Bavarian bank. But seven years on evidence has emerged that could set him free 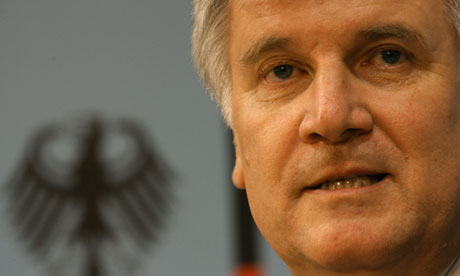 Horst Seehofer, the prime minister of Bavaria, has called for Gustl Mollath's case to be reopened. Photograph: Pawel Kopczynski/Reuters

A German man committed to a high-security psychiatric hospital after being accused of fabricating a story of money-laundering activities at a major bank is to have his case reviewed after evidence has emerged proving the validity of his claims.

In a plot worthy of a crime blockbuster, Gustl Mollath, 56, was submitted to the secure unit of a psychiatric hospital seven years ago after court experts diagnosed him with paranoid personality disorder following his claims that staff at the Hypo Vereinsbank (HVB) – including his wife, then an assets consultant at HVB – had been illegally smuggling large sums of money into Switzerland.

Mollath was tried in 2006 after his ex-wife accused him of causing her physical harm. He denied the charges, claiming she was trying to sully his name in the light of the evidence he allegedly had against her. He was admitted to the clinic, where he has remained against his will ever since.

But recent evidence brought to the attention of state prosecutors shows that money-laundering activities were indeed practiced over several years by members of staff at the Munich-based bank, the sixth-largest private financial institute in Germany, as detailed in an internal audit report carried out by the bank in 2003. The report, which has now been posted online, detailed illegal activities including money-laundering and aiding tax evasion. A number of employees, including Mollath's wife, were subsequently sacked following the bank's investigation.

The "Mollath affair", as it has been dubbed by the German media, has taken on such political dimensions that it now threatens to bring down the government of Bavaria. Under the weight of public and political pressure Horst Seehofer, the prime minister of the rich southern state and a member of the Christian Social Union (CSU) – the sister party to Angela Merkel's Christian Democrats – has now called for the case to be reopened, amid charges that Mollath was possibly the victim of a gross miscarriage of justice.

"The judiciary would be well-advised to reassess the case," Seehofer said this week. "I want them to concentrate on the question of whether everything has been done correctly."

His justice minister, Beate Merk, who has refused repeated calls to resign, said she had no doubt the case had been carried out "by the book and quite correctly". 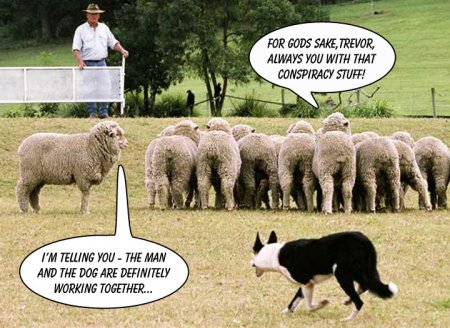 steve replied to steve's discussion REAL IMPORTANT PLEASE WATCH AND PASS TO ALL NON SHEEPLE
"Chris It must be on your end, it still works fine from W Va. Steve"
12 hours ago