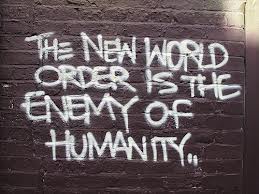 Dr. Richard Day, a trusted insider of what was then called the "New Order" gave a speech on March 20, 1969 to a group of important doctors.  This "New Order" is now of course called "The New World Order" or the Illuminati.  This new world order group actually worships Lucifer (the Devil) at the top levels and desires to kill 90% of the Earth's population with just 500 million or so servicing their needs in the future.  Whether you believe in Jesus Christ or not does not matter, these Luciferians know Jesus is absolutely real and humanity's only hope and that's why they hate Christians so much.

Here's a link to the biggest story of 2013 that proves that the Illuminati exists and that they sacrifice babies to Satan!

If you didn't hear about this Illuminati sacrifice story then you are listening to the fake alternative media that censored it because it leads back to patriotic elements of US Intel now giving the world the truth at VeteransToday!  I'm not going to mention names here (Alex Jones!) but how can people who claim to be "fighting" the Illuminati not report the biggest story of 2013 when a man kidnaps a kid in a Walmart for an Illuminati sacrifice on June 20th and the entire thing gets caught on video and the FBI even chimes in and reports that the Illuminati is a satanic cult!  The local mainstream news even reported it but NOT the man that claims to be "fighting" the Illuminati!   Why?

The doctors attending this meeting in 1969 were told that they could not take notes or record any part of the lecture.  Dr. Day even gave them a nice dinner before the lecture and used a hypnotic suggestion afterwards that they would forget this entire lecture sometime later!

The following information comes from the near photographic memory of Dr. Lawrence Dunegan who attended this meeting.  Dr. Dunegan made some very detailed notes after the meeting about everything the new world order planned to do but did not go public until almost 20 years later in 1988.  At that time, Dr Dunegan made  audio tapes with his recollections of this meeting.  Of course 1989 was long before the Internet and so very few people heard about it at the time.  Dr. Dunegan was understandably shocked by the information he was told and we are very lucky that he took the time to make it available to humanity!

The Most Important Information You'll Ever Learn

Dr. Dunegan's information on the new world order plans is without a doubt the most important information anybody will ever learn because it affects their lives every day.  This information is basically the entire satanic new world order plan and must be shared through every means available!  It should be on the home page of all alternative media websites, shared to email lists, facebook, twitter and all other social networks.  Please share this immediately as this is the smoking gun that will wake up just about anybody with a brain to think and eyes to see what they've already done!

I was not aware that Dr. Dunegan's tapes were on Youtube until very recently and was shocked at how few people know about it to this day!   It's only been out there for two years and less than 1,000 people have heard this complete information at the time I'm writing this article!  The first six videos is the short version but the final one is one that I found that has extra information on it so you'll want to listen to that once you complete the main lecture in the first sex short videos.

Please join the channel that posted it and share it all over the world so we may save others!   You can also find a lot more information you didn't know at the Project Nsearch youtube channel here.

Some of the topics covered in these shocking videos are as follows.

How and Why the new world order would be implemented

All guns would be taken from citizens as they didn't need them!

Nobody would be able to save!

Terrorism would be used to help the agenda!

We would convince old people to kill themselves.

Bridges would be made to collapse!

Cash would be phased out entirely for control

More accidents for trains and airplanes to increase fear!

Young people won't be able to own houses in the future!

If you ate fast food, you deserve to die sooner!

Dolls would be discouraged for girls - soccer encouraged!

Destroy all national pride - emphasize soccer since it's a global sport.

Movies would be made more explicit - sex and violence

Government official could analyze ALL purchases and boss you around.

Population Control - permission to have babies in future

Televisions and phones would have secret cameras and microphones to spy

They could already cure over 98% of all cancers but would not because too many people!

Euthanasia and the "Demise" pill would be used on old people

Inducing heart attacks as a form of assassination

Blending all religions - old religions will have to go - especially Christianity!

Change the Bible through revisions of key words

The Church will help institute the new world order!

There will be more time in school, but students  wouldn't learn anything!

Controlling who has control to information

Schools as hub of the community

Encouraging of drug abuse and crime

Need for more jails and using hospitals as jails

This video contains all the lecture plus additional information 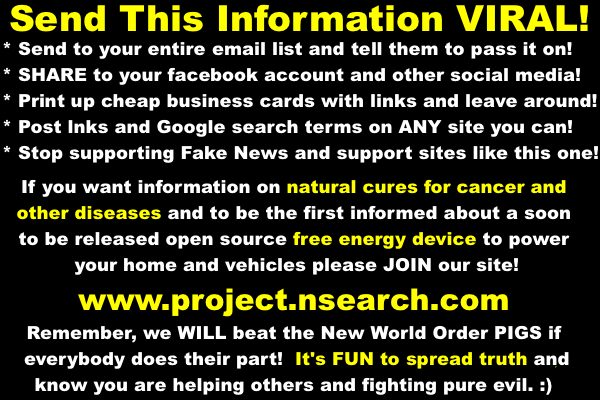 Parrhesia commented on tjdavis's blog post Canadian Actress Jennifer Gibson on Jabs
"She makes the connection to the jab, but "it's what we must do" so jab me…"
20 hours ago