Building one of these this weekend, with my invented enhancements. Should be interesting. It seems to modulate the flow of time, just a bit.

Possibility of Experimental Study of Properties of Time - N. A. Koz... 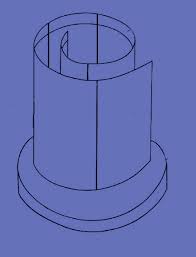 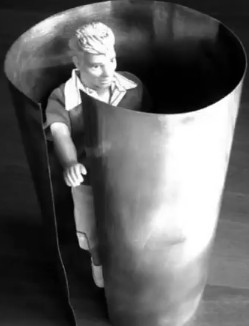 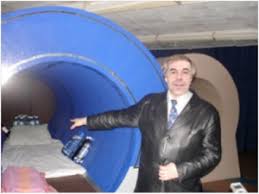 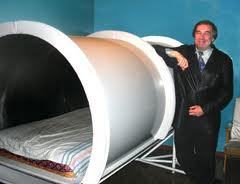 Haven't got around to finishing this yet, but will be tomorrow. Wiki, and others claim that Kozyrev didn't actually invent this. He didn't come up with the human-sized one, but he did put a scroll of aluminum sheet metal inside a telescope, along with a tungsten rod. By this means, he was able to take photos, through a telescope, of stars before they were where the telescope was pointed (before the light from that star was coming through at that point). I know that when you see starlight, it is said to be very old by the time it gets here. This example takes that into account. The pictures obtained thusly were of future events, taken in the present.

The Kozyrev mirrors in Russia used by credentialed scientific researchers, it is said that people that lie down inside them for a time have "disturbing psychological experiences", even visions. I believe this is due to a perturbation in the flow of time, which Kozyrev characterizes as the fundamental energy from which all other forms of energy (light, radio waves, x-rays, radiation from nuclear isotopes, etc) derive. That makes perfect sense to me, as without the factor of time, no change is possible.

I've experimented with Kozyrev mirrors since October 2006, with my own additions and innovations. I use a miniature one almost every day, attached to a small machine, which I credit with increased endurance, and other positive effects. This one will possess those additions. I spent about $150 on two three-foot wide rolls of .003 inch thick aluminum foil (35 feet in length total), $32 on the insulating layer, $35 on the.. ah, other metals, and a number of hours of work on the machine that is attached to it, and the bench one lies upon.

.003 inch aluminum foil is much thicker than the thickest food service foil (.0009 inch), by the way. While inside the scroll (with certain substances in my body that aid brain function and perceptual acuity), I will try to focus on a point in time in the future, and when that time comes, I will again lie inside it and focus on printed information. The aim is to try to perceive what happens a day, or days in the future.

There was a series of experiments in a study, in which students answered a printed list of questions. After the test, a computer randomly selected students and had them study the materials upon which the test was based. It turned out those students scored better than those who did not study afterwards. Curious, huh? I have a theory of time I call "Pipes Screensaver" which would neatly explain this phenomenon, as well as those humans who only have a few millimeters of brain matter atop their brain stem (the rest of the head being filled with cerebrospinal fluid).

Many of these people lead normal lives and form short- and long-term memories, despite not having any brain part that is said to store memories. This condition is called "Hydrancephaly" (not "hydrOcephaly", or too much fluid in the skull, along with a full brain, which produces a grotesquely swollen head).

It will, in any case, be an interesting series of experiments, and hopefully useful, considering current events. I'll let you know how it goes.

Chris of the family Masters favorited Phyllis Maka's blog post The Vaccine Hoax is Over. Documents from the UK reveal 30 years of Cover-up. - SOTN
7 hours ago