WE THE PEOPLE TAR - Critical Thinking

This is a teaser intro for an article i wrote on Examiner.com: 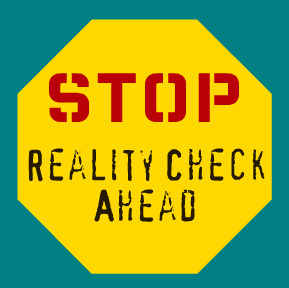 "With our initial introduction of our Cultural and Political Movement to the world accomplished, Critical Thinking is the very next highest priority principle that we would like to address.

"Television images lull us into thinking that they are real, that they aren't iconic signs at all but realities. Since we see them, we trust them, often failing to realize that, like all signs, they have been constructed with a certain interest behind them." http://bit.ly/iIBsBA To take ownership of your perspective of reality, It is important that you recognize how to detect bias and propaganda in the Major media http://amzn.to/kMqz1i  and http://bit.ly/iSwx1a .

The Censorship, Propaganda and Indoctrination of Major Corporate Media and the Government is much less effective when you defend your perspective of reality by Thinking Critically.

To protect yourself even further, you should also...."

I write this article with the same intentions as Thomas Paine http://ushistory.org/paine. I seek no leadership role. I seek only to help the American People find their own way using their own “Common Sense” http://amzn.to/kbRuar

Thank you, my fellow citizens, for taking to read and reflect upon what I have written.

I mutually pledge my life, my fortune and my sacred honor to our mutual endeavors of restoring liberty and economic opportunity to WE THE PEOPLE as our Founding Fathers envisioned and intended.

Captains and the Kings: The Story of an American Dynasty

Iron John: A Book About Men

Between the Lines: How to Detect Bias and Propaganda in the News an...

How to Detect Media Bias & Propaganda

"Petrus Romanus, the last pope is here."
45 minutes ago

"Completely correct Aaron.  For those that don’t know JP Morgan owned and had stock…"
4 hours ago

Less Prone favorited Freedomrox's blog post Coronavirus Is Not the First Mass Killing by Dr. Fauci — How Many Tens of Thousands of Americans Must Die Before Dr. Fauci Loses His Job?
5 hours ago

Chris of the family Masters favorited Phyllis Maka's blog post The Vaccine Hoax is Over. Documents from the UK reveal 30 years of Cover-up. - SOTN
13 hours ago