Tiny Robot Can Crawl, Walk And Swim INSIDE Your Body & This Is What ‘They’ Admit To Having

This Tiny Robot Walks, Crawls, Jumps and Swims. But It Is Not Alive. 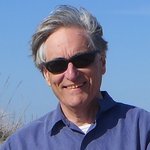 
This Robot Can Walk and Swim — Inside You

A tiny robot with moves inspired by caterpillars and jellyfish is small enough to crawl, walk and swim inside the human body.


Researchers in Germany have developed a robot that is about a seventh of an inch long and looks at first like no more than a tiny strip of something rubbery. Then it starts moving.

The robot walks, jumps, crawls, rolls and swims. It even climbs out of the pool, moving from a watery environment into a dry one.

The robot prototype is small enough to move around in a stomach or urinary system, said Metin Sitti, head of the physical intelligence department at the Max Planck Institute for Intelligent Systems in Stuttgart, Germany, who led the research team.

The robot hasn’t been tested in humans yet, but the goal is to improve it for medical use — for instance, delivering drugs to a target within the body.

What is most unusual about the research, Dr. Sitti said, is that such a “minimalist robot” can achieve “all different type of motion possibilities to navigate in complex environments.”

Leif Ristroph, a mathematician at New York University’s Courant Institute who developed a small flying robot that mimics the motion of jellyfish, wrote in an email: “The array of behaviors and capabilities is certainly impressive and sets this robot apart from most others.”

“These critters are very cute!” he said. “Love how the authors put the little guy through mini-obstacle courses.”

“My other thought is that the pilot, who we don’t see, is also quite impressive,” added Dr. Ristroph, who was not involved in the research. “Clearly whoever is controlling the magnetic fields has gained some hard-earned intuition and fine skills based on a lot of experience and trial-and-error.”

The research was reported Wednesday in the journal Nature. Below are excerpts from a telephone conversation with Dr. Sitti. They have been edited for length and clarity.

Q. What is the robot made of, and how does it work?

A. Our robot is made of an elastomer rubber, which is filled with many magnetic, small particles. We program the magnetic properties of these particles so that from outside, when we apply a magnetic field, the elastic sheath-shaped robot changes its shape to anything that we want.

Then it does all these different motions. When you look at this tiny thing crawling and jumping and all these things, it looks like a creature.

Where do you see work on this new robot heading? Where will future versions go?

One of the current major goals is to put this tiny soft robot into our digestive system or urinary system — and in the future, the vascular system — and for it to be able to navigate across all these complex tissues, surfaces which are fully filled with fluids or semi-filled, or no fluids.

If you look at the medical devices we have, the smallest ones are catheters, which are a millimeter in diameter, and they are always tethered. So our main goal in making tiny robots is to really access hard-to-reach or even not-possible-to-reach areas in our body with minimal invasion.

The robots already are small enough for our digestive system and urinary system. We’d like to go smaller, even down to tens of microns, so that we can reach almost anywhere inside your body.

And you think it could one day deliver drugs?

One of the functions we have been exploring is how to deliver a cargo, which could be drugs, inside the body. There are different ways. With a shape change, we can grab the cargo and then deliver it by opening the shape.

The second way is we make a small pocket on the robot that only opens with a special shape change that we can control.

You were inspired by the movements of jellyfish and caterpillars and other animals?

Basically, we took all these inspirations and merged them into one robot. That’s another scientific challenge we solved in this study: how you can combine the caterpillars, jellyfish and all these different, small, soft organisms into one relatively minimalist robot that can achieve all different types of motion to navigate in complex environments.

What if it gets lost in the body?

This version was not fully biodegradable as a whole robot. One of the projects we’re working on is making a fully biodegradable robot. In the end, the robot would be dissolved by the body, with no side effects and with no toxicity and no material that will cause any issues in the body.

" They are very good, they’re. Can not figure out how to edit comments?"
15 hours ago

steve commented on Hyper Loose's blog post What White Privilege Really Means
"Hey Kia, can you just imagine the day when the ol so evvveeeeeeeelll white man takes all his toys…"
19 hours ago

" Also what's left of america, these sons of satan must be exposed and isolated from…"
19 hours ago

TAKE NOTE OF WHO WE NEED TO BOYCOTT

It's OK to Notice

A History of Jewish Expulsions