In an effort to deter possible “bad weather” the Russian capital city of Moscow cleared the skies of any clouds that may possibly have gotten in the way of their Den’ Goroda (or City Day) festivities. 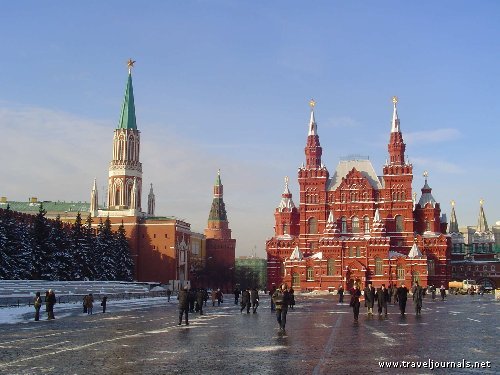 According to Pravda, the city carried out an airborne “attack” on bothersome clouds with 10 aircraft specially equipped to deliver CO2 (in the form of dry ice), liquid nitrogen and a powdered cement reagent called “cement m-500.”

In what is being reported as a “meteorological defense,” the Russian government spent 64 million rubles ($20 million) to “dissipate” clouds in Moscow in preparation for Moscow’s “birthday” celebration.

Pravda hints at the military’s ability to manipulate weather, “The technology to dissipate clouds above Moscow was developed decades ago,” but it doesn’t disclose what other type of weather technology is available.

While a festival that brings citizens together is in itself a very good thing, $20 million is quite a bit of cheese to splurge on something as seemingly unimportant as a festival. Perhaps Russia’s using the rubles its defense department saved by evacuating their Syrian naval base in Tartus this weekend, according to Israel’s DEBKAfile, in anticipation of military intervention by the United States or NATO.

Governments being able to manipulate the weather is nothing new. Most recently, Iran’s head of cultural heritage and tourism organization publicly accused the U.S. of “using special equipment” to “prevent rain clouds from reaching regional countries, including Iran.”

Geo-engineering and weather modification in general are topics all governments would like to keep their citizens in the dark about.

Although Pravda reports the manipulation of clouds as just a common everyday occurrence, the fact that it does not go into detail reveals the publication’s true intent, which is to keep its readers at arms length from ever learning the true nature of weather control.

Despite the fact that geo-engineering takes place on a daily basis around the world in the form of chem-trail spraying and the fact that mainstream publications like Pravda and others tout weather manipulation capabilities, people that point out governments’ abilities to control weather are still routinely labeled “conspiracy theorists.”

"Well, I saw her speech at the UN, quite dramatic! Great acting job! Then watched her at an…"
31 minutes ago

rlionhearted_3 favorited Chris of the family Masters's blog post Why Depopulation? Because of Another, Different Agenda....
20 hours ago