BATFE is ready to step up efforts at spying on gun owners -- Gun Owners.org

Yesterday, another radical extremist joined the ranks of the Obama administration.

Cass Sunstein, who is an old friend of Barack Obama, is now our new Regulatory Czar. You will recall that he is the guy who wants animals to sue hunters and other Americans.

While his nomination as head of the Office of Information and Regulatory Affairs passed the Senate by a 57-40 vote yesterday, the REAL vote was actually much closer -- losing only by three votes.

That vote occurred on Wednesday, when Republicans tried to kill his nomination using a filibuster -- a procedure which required Democrats to muster 60 votes. Every Democrat (except for three) voted for Sunstein. The three Senators who voted against Sunstein on the filibuster were Blanche Lincoln (D-AR), Mark Pryor (D-AR) and James Webb (D-VA).

Dishonorable mention goes to Republican-turned-Democrat Senator Arlen Specter (PA) who voted for Sunstein -- as well as Senator Mark Pryor (D-AR), who waited until the end of the voting period to finally cast his ballot against Sunstein.

Regarding Pryor, you will remember that in August, he waited until the last minute to cast his vote in favor of the concealed carry reciprocity amendment. When it became clear the anti-gunners had a comfortable margin of victory, Sen. Pryor actually switched his vote at the last minute.

GOA members will be receiving a newsletter soon that shows an actual picture of the Senate tally sheet, which documents Pryor’s vote switch. (Not receiving GOA’s newsletter? Click here and become a GOA member today!)

The cloture vote on Wednesday -- ending the filibuster on Sunstein -- was 63-35. You can see how your two Senators voted on the filibuster and on final passage by going to the GOA Vote Tracking section.

As the Regulatory Czar, Sunstein will provide the final touches on new federal regulations. No firearm or ammunition needs to be banned outright -- that would be too transparent. As the coauthor of Nudge (2008), Sunstein has already laid out how “choice architects” should carefully guide (or nudge) Americans into making better choices.

So with a little regulation here … a little regulation there … Sunstein can strengthen the iron fist of the federal gun police (otherwise known as the BATFE). Or, he can implement additional federal requirements which will result in firearm and ammunition manufacturers paying more for their merchandise.

Of course, these costs will be passed on to the consumer as new “taxes” that will “nudge” Americans away from purchasing firearms or engaging in the shooting sports.

In short, be prepared for more “change” from Washington and less spare change in your pockets.

Be vigilant about BATFE spying!

GOA has received a report from a very well-known journalist at a big newspaper that the FBI and BATFE are teaming up together to get off-the-record information on gun owners. The project, known as Vigilant Eagle, involves federal agents going to gun stores and doing “meet and greets” with shop owners in the hopes of obtaining informal information on people buying guns.

If you are a shop owner who is contacted by the FBI or BATFE as part of this program -- or if you are a gun owner who becomes aware that this program is going on in your area -- please contact GOA by clicking here and giving us the details of what you know. The journalist wants to run a story exposing Vigilant Eagle to the entire country. 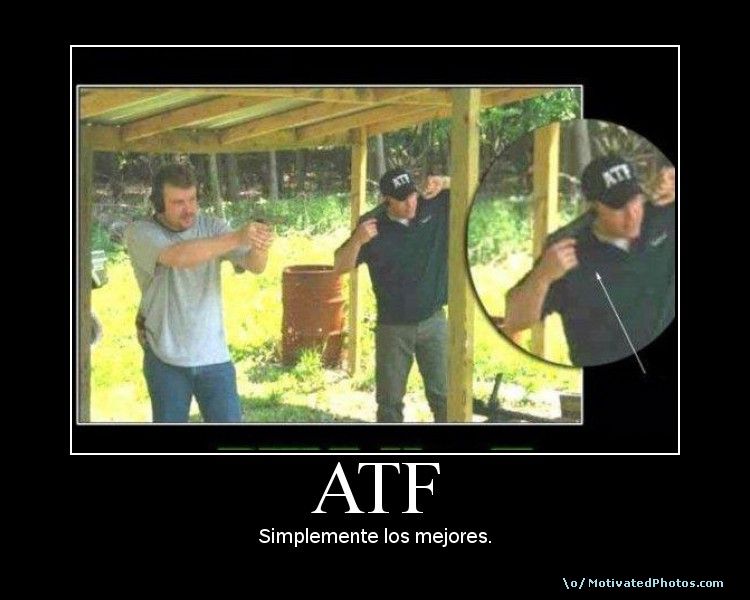 Sounds this Jew Sunstein has a vendetta.Even all the people who hate guns,should hate this guy even more.I can't believe a New Hampshire senator voted him in. Bunch'a Cunning Zionist Stunts.

Permalink Reply by Metalchemist on September 13, 2009 at 1:02pm
The RINO Swine's that voted this Basta** in need to be replaced. By those that have morals as well as a spine.
The agenda is a VENDETTA.

to get the putrid taste of traitorous pig out of his mouth. EnjoySteve…See More
7 hours ago
0 Comments 0 Favorites

luggnutz commented on Tara's blog post European Parliament to Investigate WHO and “Pandemic” Scandal
"Ah yes Tara...memories of how we got…"
16 hours ago

Less Prone commented on Tara's blog post European Parliament to Investigate WHO and “Pandemic” Scandal
"And the corruption continues..."
16 hours ago