Mercer's Poems: Femanon - Why I admire the female activist

I love the ladies, yes it’s true. They look good, smell nice, have pretty curves and are generally good company. Do I think that is sexist? No, because it’s my opinion and I’m entitled to it, that’s what equality is all about. That is why I support feminism. I mean true feminism; women fighting for equal respect and rights and such both domestically and internationally. Not the bullshit feminazi vagina-dominance some people proclaim as ‘feminism’ - This idea that women should be treated better than men to be considered equal spits in the very face of equality and is quite frankly disgusting and giving true feminism a bad name. But that’s a rant for another blog.
In this one I wanted to talk about the role of women in today’s movements of dissent. Women are vitally important. Before the days of women’s suffrage in the UK, it was generally assumed that females were too busy thinking about hats and kittens to even be troubled for an opinion on their politics. That was ‘man’s business’ - Except, by excluding females from the discussion men proved they were nothing short of insecure numpties who probably felt inadequate sexually. Having moved on (if only partly, there is still a lot of work to do) from the bullshit patriarchal paradigm, women have found their voices heard a lot more and, to be fair, the pally men’s club of politics would do well to listen to them.

AND DON’T EVEN START BY MENTIONING FEMALE POLITICIANS! You name me any female politician and I can name you a woman who wishes she had a dick! There is no *true* feminist representation in government, certainly not in this country. Just women who want to pretend to be ‘one of the guys’, penis-envying types who have sold out their gender for a seat at the pseudo-patriarchal table.

This seems to be going off on a lot of ranty tangents, and for good reason. Because the whole issue is confused. The reason I have chosen to discuss this is because I have been in touch with many women who are part of the political movement. These are mothers, daughters and sisters who in years past would never have been allowed to air their views or get their voice heard but who are now making a stand for true, and equal politics.  These are women who aren’t penis envying types looking for a place at the man’s table. These are women who are what they are, wanting to make an improvement not just for themselves, but for all humanity. A dream shared across age, race, and gender gaps. Why then is their such confusion regarding gender roles in politics? Should politics not always be about doing what is right for your fellow human being regardless of age, race and gender?

And that is why these new movements of politically active females are so important. These are human beings first and foremost and gender does not cloud that. For myself, and all men, having been raised in a pseudo-patriarchal society, these are the examples we should be looking at for what equality truly means. From every female activist on the street, to the ones sat behind their computers as femanons, their gender is irrelevant in what they do. It is truly admirable how they have to fight against such an undercurrent of assumed male dominance, and casual sexism. Particularly in the online world where I am sure “Tits or GTFO…” must get a bit tiring. But they do fight, and that is why I respect them.

Some men in this world might find some vapid tart, slathered in make-up and willing to pop-out babies on cue and do the washing up to be the ultimate prize woman. But that doesn’t do it for me. Those people need to accept that times are changing, and women with it, and indeed the women are vital for and instrumental to the change. There is nothing more sexually appealing to this man than an engaging, intelligent and politically vocal woman. And the minute men start casting off the shackles of their engineered teachings of male-dominance in the world, the minute they stop believing in assumed societal roles and the generalisation, stereotyping and prejudice that comes with it, the minute men start to recognise that the pre-conceived gender roles are bullshit, then we can have true gender equality.

To all you ladies out there fighting the good fight, you have my support, my respect and my love. I only hope some piddle-dicked, vacuous infantile male does not make your lives difficult by questioning your motives or your abilities. You are champions. Vital for the cause of political and social change and you don’t merely deserve a seat at the men’s table. We should create a new table, a new social paradigm, one inclusive of all.

This blog post has all been rather confused, but I think you get the message. I apologise for the wanton nature of it, when I think of female activists this man’s mind turns to mush, unfortunately. 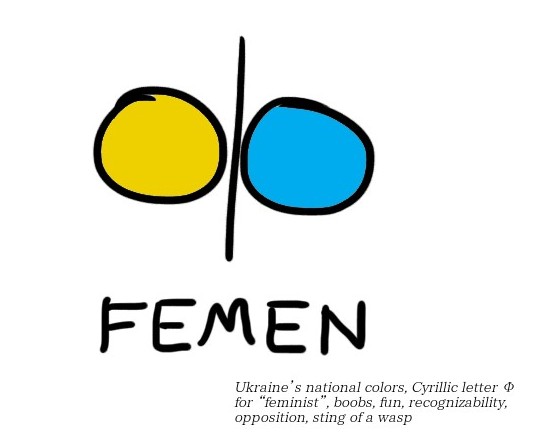 The Cyrillic letter F being the 22nd letter, I saw no danger? Am I mistaken?

And thank you for the research, dear Maria :)

cheeki kea commented on tjdavis's blog post Canadian Government Asissting Suicide
" Oh wow That was really said. " Trained to Eliminate those that are suicidal" Not a…"
53 minutes ago