Supporters have gathered at Armley Jail in Leeds to show solidarity with jailed campaigner Norman scarth (85)
Supporters from as far away as Ireland have attended with banners and a converted London bus to show distaste at the 6 month sentence metered out for contempt of court to the 85 year war veteren.
The supporters are calling for justice for Norman Scarth who has been jailed in solitary confinement without a trial or hearing since July the 25th 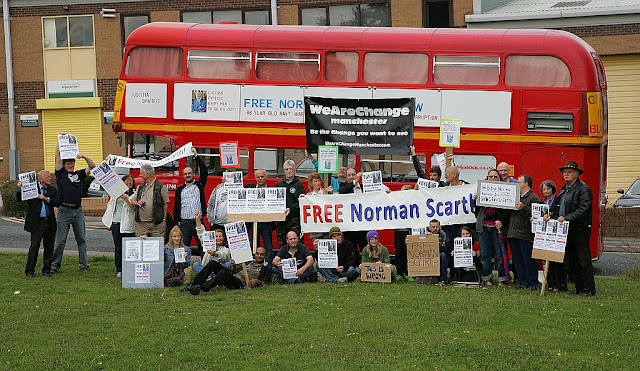 The Supporters gather at Armley jail: 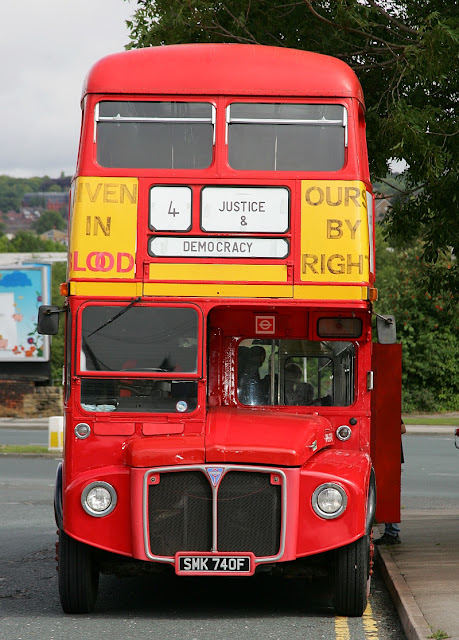 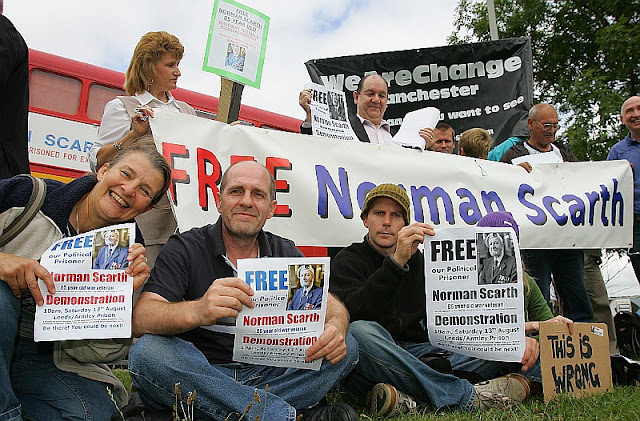 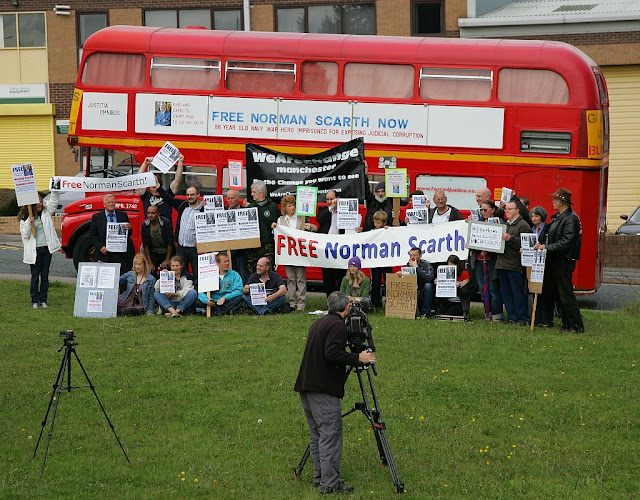 Image Licence :  : images may be used in connection with non commercial blogs and postings supporting Norman Scarth : double click on image to view and save full size: images: YNMS 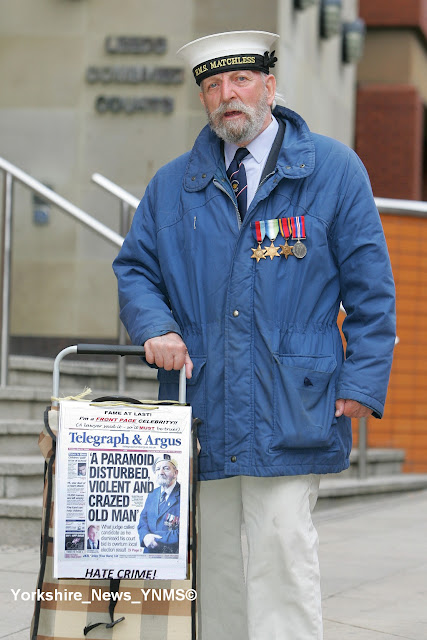 Supporters of Norman Scarth, a colourful local character and ex war veteran from Yorkshire  are shocked at what they say is an astonishing sentence metered out to a frail old man for using a recording devicer in a court room.

85 year old anti corruption campaigner Norman Scarth who claims to be the victim of a conspiracy to silence him by the judicial system was sentenced to six months imprisonment for making a tape recording of a court case from the public gallery at Bradford crown court.

The sentence metered out has received widespread criticism and comparisons to rioters who have received 3 months for admitting to assaulting police officers in the Manchester riots.

Scarth is said to have made the recording after the court refused to provide hearing aid loops.
Judge Jonathan Rose was alerted by a court worker to the recording device that Scarth was using in the public gallery , Scarth was arrested handcuffed and remanded to the cells to be sentenced the next day July 26 at Bradford crown court.
Richard Mawrey QC told him that he was a ‘crazed old man.
Editors Comment: However one thing remain clear tonight, this is indeed a shocking case where an 85 year old man is in prison for six months for the crime of using a tape recorder whilst rioters have been given bail. 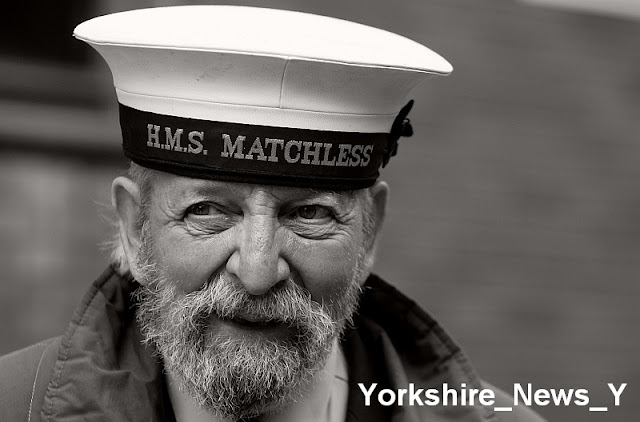 It is quite remarkable to watch the excuses that “officials” aka “public servants” find for NOT doing something – either to follow their own rules or to just be a little bit human. In fact, most victims have found that “offenders in public office” find it imperative to cover their wrong-doings as they fear negative publicity. The latest example is what Christoper Booker wrote about the six children that were stolen by Haringey Council:

because of “press interest” in the case, the officials agreed that the council could not afford the very damaging publicity which might follow if the unhappy children were reunited with their parents. It was therefore vital that the council should continue to justify its actions. [From Does this family have human rights?]

Norman’s circumstances have been described in

A Writ for Habeas Corpus is being served on the Royal Courts of Justice today to release Norman. This means that Norman should be called before the Court in London.