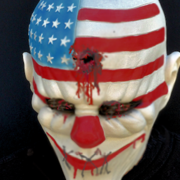 According to Wikileaks' hacking of Stratfor Intelligence, the Reverend Jesse Jackson had received a handsome six figure "donation" to, as quoted by WND, "keep his mouth shut".

the Democratic Party paid Jessie Jackson six figures to keep his mouth shut about political issues during the 2008 campaign. It was widely known at the time that Jackson had no use for Obama.

The constant meme we hear is that Jackson is not very fond of Obama. But he defended Obama as a "food stamp president" in a speech last week.

In an internal email dated Nov. 7, 2008, a Stratfor operative sent the following information to the company's chain of staffers:

1) The black Dems were caught stuffing the ballot boxes in Philly and Ohio as reported the night of the election and Sen. McCain chose not to fight. The matter is not dead inside the party. It now becomes a matter of sequence now as to how and when to "out".

2) It appears the Dems "made a donation" to Rev. Jesse (no, they would never do that!) to keep his yap shut after his diatribe about the Jews and Israel. A little bird told me it was a "nice six-figure donation". This also becomes a matter of how and when to out.

3) The hunt is on for the sleezy Russian money into O-mans coffers. A smoking gun has already been found. Will get more on this when the time
is right. My source was too giddy to continue. Can you say Clinton and ChiCom funny money? This also becomes a matter of how and when to out.

Several key pieces of information are contained in this stunning admission by an operative of one of the most respected intelligence gathering corporations in the world. First, the Democratic Party engaged in election tampering, a felony, by stuffing ballot boxes in Pennsylvania and Ohio. Second, the Democratic Party paid Jessie Jackson six figures to keep his mouth shut about political issues during the 2008 campaign. It was widely known at the time that Jackson had no use for Obama. And third, Russian money went to the campaign of Barack Obama much as Chinese money went to the campaign of Bill Clinton during the 1990s.

These are serious issues that throw into question the integrity of the U.S. elections process and the lengths to which the political parties will go to secure a win, in this case, the Democratic Party and Barack Obama.