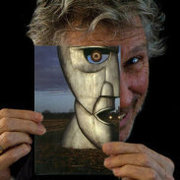 Scarlett Johansson says she was stepping down from ambassador role for a Israeli West Bank based corp., citing a fundamental difference of opinion over continued Palestinian oppression

(AP) — Scarlett Johansson has parted ways with the international charity Oxfam because of a dispute over her work for SodaStream, a company operating in a West Bank settlement that features the Hollywood star in an ad that will air during the Super Bowl. Johansson became the latest casualty of a widening campaign to boycott the settlements, drawing attention to a larger debate about whether Israel will become an international pariah, at a steep economic price, if it fails to reach a peace deal with the Palestinians. Israeli Finance Minister Yair Lapid stoked such fears this week, warning that if negotiations break down "and we enter a reality of a European boycott, even a very partial one, Israel's economy will retreat backward and every Israeli citizen will feel it straight in the pocket." His comments reflected a growing sense in Israel that the coming weeks will be decisive for the country's future.