SAN ANTONIO (CN) - A 14-year-old boy got into a fight at a school bus stop and the school district's police officer responded by shooting him to death, the boy's mother says in Federal Court. She says the cop had been reprimanded 16 times in the previous 4 years, suspended without pay 5 times, and "recommended for termination for insubordination," but the school kept him on the force "without remedial training."
Denys Lopez Moreno sued the Northside Independent School District, of San Antonio, the district's Chief of Police John Page and the alleged shooter, Daniel Alvarado.
Lopez says her son, Derek, got into a fight with another boy at a school bus stop and punched the other boy once, in November 2010.
"Defendant, Alvarado, having responded to a call regarding a bus with a flat tire, witnessed Derek strike the other boy. He ordered Derek to 'freeze.' Derek hesitated and then ran from defendant Alvarado," according to the complaint.
"In his patrol car, Alvarado began chasing Derek in the neighborhood across the street from the high school. Alvarado lost sight of the boy in the neighborhood and returned to the location of the school boy fight. At that time, he called dispatch. Dispatch recordings reflect that his supervisor directed Alvarado to stay with the other boy and to 'not do any big search over there.'
"Ignoring his supervisor's orders to 'stay with the victim and get the information from him,' Alvarado placed the second boy into the patrol car and sped into the neighborhood to search for Derek."
Lopez says her son jumped over a fence and hid in a shed in the back yard of a house. The homeowner saw him, called 911, and alerted a neighbor, who pointed Alvarado in Derek's direction. Lopez says her son never left the shed, never approached the house or threatened the homeowner or her daughters, and posed no threat to anyone.
Nonetheless, she says: "In violation of NISD police department procedures, Alvarado drew his weapon immediately after exiting the patrol car. With his gun drawn, he rushed through the gate and into the back yard. Within seconds from arriving at the residence, Alvarado shot and killed the unarmed boy hiding in the shed." more
Favorite
3 members favorited this 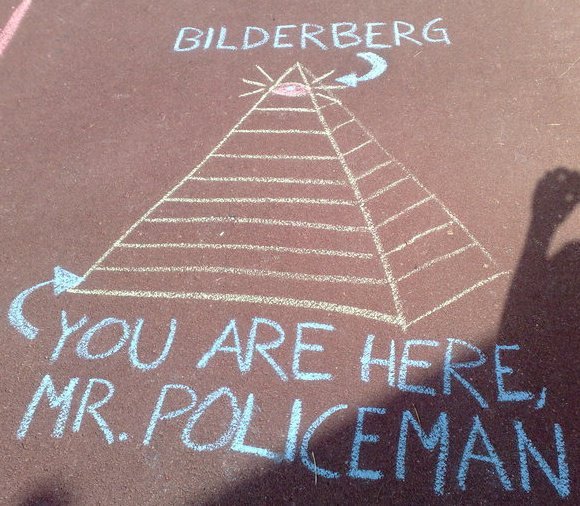 COWARDS WILL GET A COWARDS PAYMENT !

Good luck,  we face this crap in BC Canada, police beat

, murder ect. sent home with pay until investigation complete,, figure that one...

Put this idiot (pseudo cop)  in jail and let the convicts take care of buisness.

When I was 14, I probably had some kind of a scrap about once a week.

When did that badge become a combination hunting license and get-out-of-jail-free  card??

And why, with his record, was this guy still on the job.

I hope a jury hangs them all.

Parrhesia commented on tjdavis's blog post NYC Mandates Children Jabs
"There is plenty of danger in NYC already without injecting children with experimental drugs. …"
21 hours ago

Parrhesia commented on tjdavis's blog post Defund The IRS
"I hope he insured the packages so UPS has to pay for the loss."
21 hours ago

"This guy tries to blame erosion on climate change and then says:  "Here on the western…"
21 hours ago