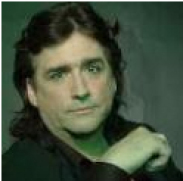 Charlie Bluehawk has not received any gifts yet

Please indicate why you want to join 12160? (N.B - Your application will be automatically rejected if you answer with less than 12 words and / or provide a noncoherent answer)
I am tried of Gordon Duff and Glenn Cannady

Would you be willing to donate a few hours or a few dollars to 12160 site projects each week?
not unless I am paid - I did this for 43 years all on my own - my own time, my own money - no one helped, and no one cared

I share your concern and frustration in many ways. In fact we all should be, not only furious, but also doing something. Mere digging in the pile of rotten news, lies and propaganda can paralyze. In fact it is meant to paralyze. It's all a form of mind control. The outlook is bleak. Going on like this humanity ends up in a garbage can of the NWO hell on earth.  Imagine yourself on the deck of Titanic seeing the iceberg miles away, realizing that the boat will hit it soon, and yet you could do nothing.

People are paralyzed by a continuous struggle to survive, lack of time and resources, debt, mind control, and abuse. The system is rotten and keeps on rotting unless we stop it. First step is to realize that we live in a system of lies, deception, mind control, abuse, torture and murder. The pieces of the puzzle are out there for everyone to pick up and try to complete the big picture. The deception is global.

People are paralyzed by petty disagreements that disable them from working together against then system of abuse and control by the descendants of pirates, usurers and drug dealers. In stead of opposing our real enemy we, the slaves of the system, fight each other. It is too tempting to think that one has all the pieces of the puzzle while he has only some. The search for the truth is a continuous process, where one answer can trigger many new questions.

What can we do? It may be tempting to pick up a gun and go for your enemies, but in fact that is what they are waiting for, to completely paralyze the society and lock us all up. Become independent, connect with others, protest, collect information, and use the information. It is easy to say but difficult to do. We have been paralyzed in many ways. Breaking the chains of slavery starts from within.

Welcome aboard "Charlie"  we are happy to have you with us!  . . . space wabbit 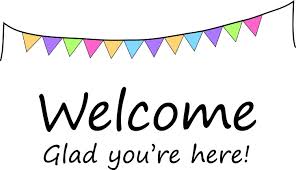 Do not count on the Police to save you. They either wont come, or will run away.SUBSCRIBE YA GOOFBALLS!
18 hours ago
0 Comments 0 Favorites

Parrhesia commented on tjdavis's blog post NYC Mandates Children Jabs
"There is plenty of danger in NYC already without injecting children with experimental drugs. …"
22 hours ago

Parrhesia commented on tjdavis's blog post Defund The IRS
"I hope he insured the packages so UPS has to pay for the loss."
22 hours ago

"This guy tries to blame erosion on climate change and then says:  "Here on the western…"
22 hours ago