It was not the proverbial 3:00 a.m. phone call, but close enough. And it was not made to the White House, but to my house, which is not white, nor is it in DC. It was about 2:30 a.m. on 25 April 2012, and the call itself was somewhat unexpected. I had anticipated the telephone call from my DHS insider much earlier the…

Calling Sheriff Arpaio and Joseph Farah on the Carpet

The number of civil rights leaders, prisoners and victims of usurper Obama regime is growing. Civil rights attorney, former assistant US attorney Richard Fine, was imprisoned for a year and a half in solitary confinement without any charges brought against him. LT Col Lakin was imprisoned for 5 months for simply questioning Obama’s legitimacy in light of lack of any valid identification papers. Major Cook suffered persecution and was fired as a defense contractor for…
Continue

All hail humanitarian war. Regime change can be a bitch.  Start with sanctions because of ‘humanitarian’ reasons.  If they don’t work, arm ragtag mercenaries and implement a ‘no-fly zone’ through an international body.  If the rebels can’t hunt down the defunct leader, then just bomb the hell out the country until a…

WASHINGTON -- A Republican New Hampshire state lawmaker is calling for the formation of a commission to bring charges of treason against President Obama.

Harry Accornero (R-Laconia) sent an email to every New Hampshire state representative stating that President Obama "has crossed the line, and under Article III section 3 of our Constitution is guilty of… 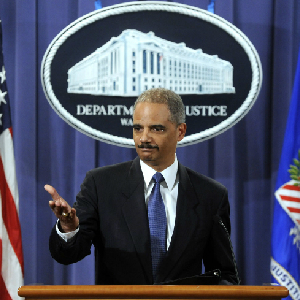 UPI FILE
The Administration of President Barack Obama saved the announcement that an assassination plot had been thwarted for the same day a Congressional investigation announced Attorney General Eric Holder was being subpoenaed over his lying testimony about Fast and Furious.

I am back home from attending the Values Voter Summit in Washington DC as a representative of the Birther Summit organization.

We had an exciting and productive trip to the Values Voter Summit. We made some high level and interesting one-on-one contacts and personally placed in their hands literature documenting the facts and evidence of Obama’s SSN fraud, Forged Birth Certificate, and lack of Constitutional eligibility of Obama to be President. I personally met and talked to many… Continue

MaricopaCountySheriffJoeArpaioin Arizona has constituted a special law enforcement posse to investigate allegations brought by members of the Surprise, Ariz., Tea…

My name is Daryn J. Moran. I am a SSgt in the USAF stationed in Germany.

I called Pastor Manning of the Manning Report just recently (Youtube video posted below) to share my concern for our country. Boils down that I have not gone in to work last Thurs. and Fri. First time I was AWOL in nearly 13 years. Until B. Obama provides a birth certificate which stands up to…
Continue

The Mystery of Barack Obama Continues

By Steve Baldwin, Exclusive to Western Center for Journalism

Most Americans don’t realize we have elected a president whom we know very little about. Researchers have discovered that Obama’s autobiographical books are little more than PR stunts, as they have little to do with the actual events of his life. The fact…

WASHINGTON, August 9, 2011 /Standard Newswire/ -- Today, Larry Klayman, the founder of Judicial Watch and Freedom Watch, called for a peaceful "Assault on Washington," to make it known to our nation's politicians and so called leaders that their days are over and that they should… Continue

Jesse Richard
tvnewslies.org
August 8, 2011
Let’s make one thing crystal clear, no member of the US military contributes in any way whatsoever to protecting the freedoms of the American people. As a matter of fact, they are more likely to turn their weapons on you than they are to defend your Constitutional rights.
The only people on this planet Earth who can affect your freedom are members of Congress, local legislators and the members of enforcement institutions who will… Continue When will charges be brought against Obama for violating the U.S. Constitution, the rights of U.S. citizens, and fraud?

WASHINGTON (AP) - A Republican congressman from Georgia said Monday he fears that President-elect Obama will establish a Gestapo-like security force to impose a Marxist dictatorship.
"It may sound a bit crazy and off base, but the thing is, he's the one who proposed this national security force," Rep. Paul Broun said of Obama in an interview Monday with The Associated Press. "I'm just trying to bring attention to the fact that we may—may not, I hope not—but we may have a problem with that… Continue

“Somebody, after all, had to make a start. What we wrote and said is also believed by many others. They just don’t dare express themselves as we…

Is Obama Leading America To An Iron Curtain Dictatorship?

The fact of the matter is the Constitution is finished. The Court in this Country have completely buried, & This Supreme Court is one to uphold its obituary. This fellow Obama is not ignorant or brain dead it is intentional. We have arrived to a condition of a corporate fascism, that has nothing to do with the Constitution. Barack Hussein Obama inauguration Jan. 22, 2008 was the death nail for the Constitution Republic. We are now in the middle of a revolution it's… Continue

Italian politician, member of the Northern League, and member of the European Parliament’s Committee on Civil Liberties, Justice and Home Affairs, Mario Borghezio, was beaten and arrested by Bilderberg Security yesterday as he attempted to enter the meeting and protest its secretive globalist agenda. He was reportedly accompanied by other EU members.

Game-changer: The next eligibility shoe to drop. OBAMA: "Where's The Birth Certificate?"

First there was Hawaii Gov. Neil Abercrombie's famous pledge to find Barack Obama's birth certificate and make it public to shut up the so-called "birthers."

That raised national interest in the controversy – especially when he failed to produce it.

Then came Donald Trump out of the blue, asking questions WND's newsroom team has been asking for the last two-and-a-half years.

That raised the national debate to furious new heights.

And now another shoe is… Continue

Chris of the family Masters favorited Aaron's blog post Forget the Hunter Biden sex tapes. The real news is much bigger than that.
5 hours ago

I am waiting for the one(s) (allegedly) showing child abuse.…See More
9 hours ago
1 Comment 0 Favorites