Depression I always thought was merely self-pity
My life may have been a struggle but there was still opportunity
So I never had time for a proposition like depression
But life brings changes and losses in succession,

Suddenly you’re humbled and it’s time for confession
Remembering raising 4 kids by myself through a recession
No matter what happened I had a successful profession
Now it’s the frozen Delaware and I’m a defeated Hessian, 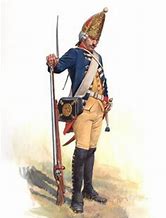 Pick yourself up and jump back in! Feeling defeated such a sin!
Time is wasted looking back leave the memories in a cup of tin
This is life and it’s not a parade you’re in, lay off the gin!
All so easy to say when those aren’t the shoes you’re walking in,

Now I’m walking in those shoes, never thought I’d lose
Losing parents, losing pets, losing brides, losing a son
The weight builds up on your shoulders like a ton
It seems there’s nothing more than a gloomy horizon, 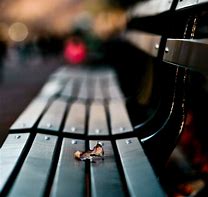 Despair isn’t from the smoke and mirrors of an illusionist
Voices of the dead don’t come from a ventriloquist
My ship’s been torpedoed it’s begun to list
There was no angel around I could have kissed, 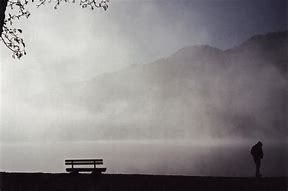 In the sunset of life comes a mountain of regret
A lifetime of fighting off the demons I’ve met
The shadows have cast too wide a net
Can’t vanquish troubles of which I’ve been beset,

The storm surge of this creeping malaise
It’s hard to see clearly through the haze
Recalling those moments of a lover’s gaze
A time long ago when I captured her praise. Doc - Me too, as far as false Christians. It's been like a comedian I heard say once, that I never saw as much gluttony, greed, envy and wrath out of anyone but Christians I knew.

Yeah, I wasn't defending pedos, but that principle probably is behind a lot of it.

James, I remember during the 80's being in so many situations with hypocritical Christians who really urked me and the women most often were really drug whores and losers who finally sobered up and found Christianity which didn't help my perception of them too much. But, that being side I think a agree that if I find some church sponsored singles group maybe. I guess I was real;ly lucky and plugged in when I was younger I didn't have to come on to women they came on to men so it was easy. Talking about women acting like men! Yes, I agree that some men may be drawn to young women or even girls because they are more innocent and less feminized but what does that do to them unfortunately?

I feel your pain. You're speaking my language. You know, Tesla remained alone his whole life, because he said modern women want only to be like men, lol (imagine what he would think now). I think that subconsciously a lot of men who go for underage girls are trying to find one that hasn't been ruined psychologically yet. I'm glad your poetry helps you. There are good women out there, probably the best way to find them is to attend church (not joking).

James thanks for the pep talk. Don't worry I'm not wasting my time pining away for a woman who doesn't love me, but my attempts at trying to find someone else are what is driving me crazy. What's driving me nuts is the feeling of being unwanted by other women. The proposition of being alone the rest of my life that's what is driving me crazy. My poetry is a way of releasing of letting off steam, its actually therapeutic. I am glad to hear that you are on the way back to recovery.

You need to get off this depressive kick. You're wasting your life. The only one that can defeat you is you. I've been there, lost everything, lots of times. The biggest mistake I made was pining away for someone who didn't care about me. Now, I'm on the way back up. Although good people helped (they are out there), the only reason I am on the way back up is because I chose to be. You can do this as well. Imagine what you could do with every wasted day that you're not.

Sandy is now a member of 12160 Social Network
17 hours ago
Welcome Them!