A True Ghost Story For All Hallow's Eve

A True Ghost Story For Halloween

It was a typical hot Texas summer and my best friend and former football team mate decided to enjoy a little party by the side of White Rock Lake in Dallas. We had our girl friends with us and looked to relax and have a couple of ice cold beers as we relaxed in the old park that sat at the shore of the lake. Little did we know how that early evening would end.

I drove everyone to the park in my blue 1960 Cadillac, the classic with rear fins, and chrome bumpers, it was a cool ride. Don, my buddy had his little blonde alongside him and my fiancé' sat next to me as we parked off the shoulder of the greenbelt that sloped down toward the lakeshore when I shifted into park and we unloaded. It was late afternoon and the sun was beginning to set when we strolled out onto the lush grassy landscape. It had been a busy week for us all and we had looked forward to blowing off some steam here late on this Friday afternoon. The last of the days sun's rays beat down on the shoreline as we popped a cold brew and lounged at a picnic bench.

The conversation and laughter prevailed as each couple split up to share some romantic time so Don and his date walked down closer to the lake while my lady and I walked up the slope and sat on the huge low lying limb of an old Oak so we could embrace and enjoy a kiss. A slight breeze had helped cool down the park as Don got up from the blanket he and his girl had laid down on the grass. He needed to relieve himself so he walked toward an old fishing wharf that extended over the water. A shadow was cast by some tall trees that hung over the water next to it.

Suddenly my fiancé' and I heard a scream coming from Don's direction! Not knowing what had happened I scrambled down the slope toward Don who sprinted right past his date who stood there bewildered as he ran by! By the time I got close to them Don was taking long strides and yelling to me to unlock my car as he rushed toward my parked Cadillac. I took his girl friend's hand and led her up the gradual incline toward the road wondering what the hell had happened, but Don was hysterical! I looked over my shoulder wondering what it was at the wharf that had startled him but I didn't hang around to find out.

I quickly unlocked the old Cadillac and Don crawled in urging me to get the car started and to get out of there! Once we all loaded in the aging engine turned over as I shifted into drive. We exited the area in our unexpected haste to depart what was to be our little sanctuary that warm evening. Not until I got out on the streets did we get Don calmed down enough to tell us what had happened to him. Whatever it was had him spooked good and being that he was a tall and imposing figure being that he played strong end on our football team and had caught many a pass I had thrown him. He was not a timid young man! He was no push over. Now with his long hair as both of us played the drums and had been on bands our lives had changed from being jocks.

However, something had sent him into hysteria! As he explained it, he had left to urinate up on the wharf discretely out of sight of the road and as he stood looking out over the water Don saw what he thought was the figure of a person to his right out of the corner of his eye. He was embarrassed and quickly apologized saying, "oh, sorry." The response disturbed him as he glanced to see who was standing close to him wondering why he hadn't noticed this person when he'd walked onto the wharf to relieve himself.

A strange groan was uttered after Don spoke. When he looked there was no one standing on the wharf but there was a dark figure hovering above the surface of the water just off the old wooden wharf. At first he thought maybe it was an owl as his mind attempted to find some conventional explanation, but it wasn't an owl! It was a cloaked form levitated over the water with glowing red eyes that stared straight into his startled gaze! Don didn't even take time to buckle up his jeans as he turned and ran, his heart pounding as he screamed my name headed away from something that only exists in nightmares! By the time he had gotten to my car Don was hyperventilating.

White Rock Lake has quite a history having been central focus of yachting events, a 5 kilometer annual running contest to raise money for cancer research, where a submarine was once launched to study the depths of the lake, where Dallas police divers had reported giant catfish on the bottom that had startled them while searching for evidence in the depths of the small lake. Yet, there is an ominous addition to the legacy of the White Rock Lake history. An entity has been reported many times since the 1940's known as the Lady of The Lake, supposedly a young teenage girl who drowned on her Prom Night! A number of motorists reported stopping to pick up a young girl wearing a soaked dress who asks to be taken home.

When the driver gets to the curb of the parent's home they find she has vanished leaving only a puddle of water on the seat. One witness reported that after driving this apparition home to the address he had been given that he knocked on the door to inform them of what happened only to have the elderly couple inform him that their daughter had died in a drowning accident years before and that he was not the only driver who had come to their door in the middle of the night! The eerie legend of this tormented spirit may not be the only ghost lingering in the dark shadows of White Rock Lake. My close friend at the time would attest to that. 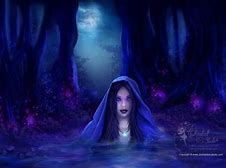 Thanks Chris always nice to hear from you!

Doc Vega replied to MAC's discussion Dr Noack Killed 4 Days After Posting This Vid on How Graphene Hydroxide Nano-razors Destroy Body
"Of course these fuckers will kill the Whistleblowers! "
6 hours ago

Less Prone commented on DTOM's blog post Wife of Germany's Dr Andreas Noack Reports His Murder 4 Days After Nov. 23 Video on Nano-razors of Graphene Hydroxide
"While these "accidental" deaths and "suicides" plaque this corrupt society they…"
12 hours ago

Bob Renner favorited Doc Vega's blog post What Do We Really Know About UFO’s 74 Years After Roswell?
19 hours ago