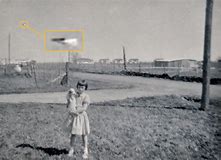 The year is 1944. World War II is in the midst of massive armies, navies, and air forces slugging it out from the Atlantic Ocean to the Pacific. The Allies are gaining monentum as the gruesome game of attrition plays out and the blood of young men pays the debt of global conflict to regain freedom. Yet, something else that is unexplained comes knocking at mankind's door as the war grinds on. "Foo Fighters" have made their ubiquitous appearance in Europe in 1943.
Foo Fighters
While the Americans and British think Foo Fighters are some secret Nazi weapon, the Germans are convinced that the Allies have come up with some new secret weapons. The appearance of bright glowing orbs in the midst of battle baffles intelligence analysts as they pout over aerial photpgraphs. While a B-17 crew returns from a bombing run over Germany they practically go into hysterics thinking they are being paced by a new long range German aircraft when in fact it's a Foo Fighter that has been shadowing the US Air Force plane all the way back to Eight Air Force landing fields. In 1944 the same enigma shows up over the Pacific and comes to the attention of General Douglas MacArthur.

Who are they?
During many a savage battle between US and Imperial Japanese carrier groups launching aircraft and sinking opposing ships many US sailors and aviators report an airborne armada flying high above the hostile action unscathed by American or Japanese antiaircraft batteries or fighter planes. But, the question is asked, who are they? General MacArthur is the kind of man who expects competence and is impatient with those who hesitate. He forms the first known UFO military investigation team, the Interplanetary Phenomenon Group. Using US Naval intelligence officers to begin interviewing witnesses to the Pacific Theater Foo Fighters. MacArthur's unit goes to work!
Paranoia or truth?
In 1958 in front of a West Point audience Douglas MacArthur prophesizes that man's greatest future existential threat will be from invaders of another world, a hostile extraterrestrial civilization. His views are not shared by him alone. Chief Air Marshall Hugh Dowding responsible for defeating the German Luftwaffe during the Battle over London in 1940 also strongly believed that man should prepare for the inevitable confrontation with an alien aggressor! It is obvious that both men were privy to intelligence reports that could not be obtained even by former Marine Major Donald Keyhoe who had sources within the Pentagon. Apparently the information that Dowding and MacArthur had must have convinced them of a very real threat! 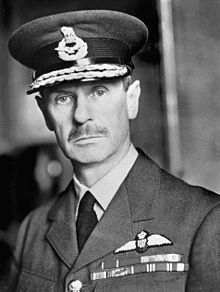 Official denial
Former NASA scientist Richard Haines corroborates these findings as with his new approach to UFO investigations under his own acronym "UAP's" unknown aerial phenomenon. Probing many civilian and military accident reports and crashes, Richard Haines began finding the hidden reports that were never officially recognized as UFO related, yet there was plenty of evidence to indicate that many incidents were covered up and explained away as unrelated mid air mechanical failures or pilot errors when they were indeed involvements with flying saucers!
More proof
In his book, "Shoot Them Down" author, Frank Feschino, who spent decades investigating the Flatwoods Monster encounter in Braxton County believes that an undeclared air war has been in a constant state of existence for decades sighting the disappearance of two USAF pilots during the night of the Flatwoods sighting in the mid 1950's. Lieutenant John A. Jones and Backseat Radar Officer, John Del Curto flying their F-94C all weather interceptor disappeared after being scrambled to investigate a UFO that left a meteor-like trail across the sky, but the public knew little about a large number of air force jets that were attempting to defend American air space against several unknown aerial objects that fateful night!
Never to be seen again
Just as in the disappearance of USAF pilots Felix Moncla and Robert Wilson in their F-89C Scorpion interceptor in 1953 over Soo Locks in the Great lakes, Frederic Valentich in his Cessna 182L over Australia in 1978, a young man training to enter the air guard service reporting being circled by a strange object just before he vanished forever. These are just a few of the many and possibly hidden disappearances of pilots and their aircraft facing an encounter with the unknown lost for eternity.
More admissions
Yet, not only were General Douglas MacArthur or Chief Air Marshall Hugh Dowding suffering from percieved threats from the unknown! SAC (Strategic Air Command) General Benjamin Chidlaw admitted in 1965 that there had been 3000 attempted UFO intercepts over the mainland United States and the military had lost many pilots and aircraft during those engagements! So, it would seem that something is afoot and has been for sometime even though we have heard the spokespersons for many US Air Force news releases that whatever it is, the phenomenon is not considered to be a threat to national security. Well, if this is true where are our missing pilots and their aircraft? 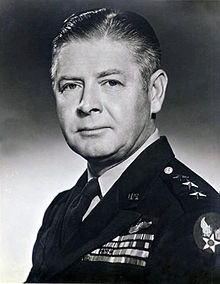 I've been studying things in this area, military, pilots, and what they've seen. I believe the aliens are fallen angels, they are evil.

You may enjoy Chris O' Brien's videos presentations and books, if you haven't seen them already.

"Book of Matthias chap 3 verse 7 - "If felines and avians make dance together, then both have…"
45 minutes ago

Less Prone favorited Liz Dillard's discussion THEY ARE RULING BY FEAR....DON'T LET THAT STOP YOU !!
1 hour ago