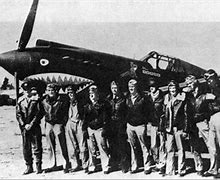 Ironically in the very month of the year that our Savior Jesus Christ was conceived came the beginning of World War II for America in the wake of the Pearl Harbor disaster, but in that very same month came the formation of the “Flying Tigers” perhaps the most famous air combat unit in history. Never have so few inflicted such damage on a seemingly unstoppable opponent as the AVG (American Volunteer Group) under such clandestine circumstances, under such flamboyant action. 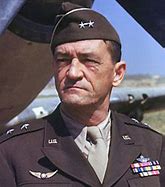 Claire Chenault retired as Captain in the US Army Air Corps in 1937. It seems that as a veteran combat pilot from World War I and an expert on air tactics he ruffled too many feathers with leading senior officers, that and his hard drinking hastened his departure from the corps. Yet, undoubtedly he was a crack aviation officer who knew how to fly and how to inspire others to fight with distinction in the service of their country. His contribution to the spirt of pilots under his command, and coming to the defense of the hapless Chinese will forever be remembered. 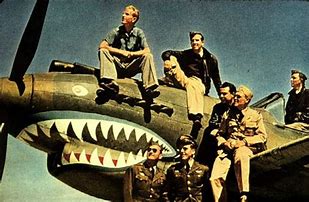 Beginning of a Japanese nemesis

Under the cover of civilian flying and official government documents that seemed innocent enough without provoking Japanese suspicion, a serious air combat unit was formed under the direction of President Roosevelt and in conjunction with Chiang Kai Chek who was locked in a desperate war with well supplied and technically superior Imperial Japanese forces. Chinese civilians were being mercilessly bombed while ill-prepared Chinese troops were being slaughtered! As a supposed civilian advisor, Claire Chenault witnessed the aerial onslaught of the Chinese primitive air force and studied the Japanese acrobatic maneuvers that his future pilots would have to deal with. As it turned out Chenault’s excellent skills of observation figured dramatically in the success of the Flying Tigers. 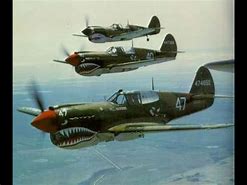 There is a controversy over the exact timing of the deployment and military action undertaken by the AVG Group. Some experts believe that the Flying Tigers had operated in support of the Chinese prior to December 7th but according to official records it appears operations began on 21st, December 1941. With their first aerial engagement to be an interception of Japanese bombers on a mission over Kunming where thousands of Chinese civilians had been killed. With some 398 reported kills and many probable’s, the American Volunteer Group achieved a 19- 1 kill ratio while the RAF pilots flying alongside them over Rangoon only achieved a 1-1 or at best 2 to 1 kill ratio. Why? The British were too arrogant to take the advice of a retired American US Army Captain. Yet, it was exactly the training Chenault used to not only take advantage of the P-40 Warhawk’s strength’s over the Japanese Zero, but also the tactics that would save the lives of his pilots who would live to fight another day. 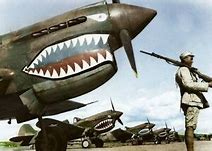 Though the formidable Mitsubishi Zero was a feared fighting machine, proper tactics would prove to be the Achilles Heel that would send many a “Flying Matchbox”, as US pilots referred to the aircraft, into the ground after a dogfight. Sadly, inter service rivalry prevented Chenault’s warning to the top brass of the Pacific fleet of the tactics used by the Japanese having superior turning agility, but that this could be neutralized with the correct air combat tactics. Many an American pilot who had much less acrobatic air to air combat training than his Japanese counterpart and much less flight time as well, would fall prey to his opponent, but not the Flying Tigers. Many lives could have been saved among the US Army Air Corps, the US Naval Carrier Fleet, and the British RAF pilots had they put aside their pride and taken note of Claire Chenault’s warnings and tactical advice, but war has a nasty habit of attracting casualties. 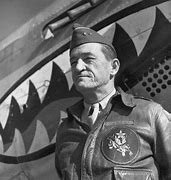 With only 100 models of the P-40 Warhawk and the accompanying mechanics and personnel, the Flying Tigers operated as hired mercenaries and at the pleasure of the Chiang Kai Chek government as aviation consultants. Little did the Japanese know what lay in store for them in coming weeks once 2 airfields had been established and training was undertaken under Chenault’s tutelage. His esprit des corps always kept his men confident but loosely disciplined under the harsh jungle conditions that made conducting flight operations difficult and hazardous. Thanks to an incredible signal network of Chinese observers, telephone contacts, telegraph communications, and just plain villagers who passed along their reports, the Flying Tigers usually knew exactly when the Japanese were approaching and just how to efficiently pinpoint where and when to intercept their adversary. 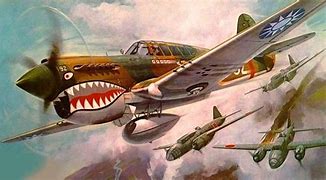 Chenault always emphasized using the superior aspects of the P-40 against the Zero rather than being lured into a turning contest with the Japanese fighter. At a top speed of 378 mph. the P-40 was at least 50 miles an hour faster, could out dive the Zeke, and with bullet proof gas tanks, an armored barrier around the pilot to protect him with 6 hard hitting 50 caliber machine guns wing to wing, and you had a formidable fighter plane. In order for the Japanese to achieve their superior turning capability at low speeds they had to lighten the aircraft considerably. The Zero had no armored protection for the pilot, no self-sealing gas tanks, could actually come apart in midair trying to dive with the faster P-40, and while the nose mounted 20 millimeter cannon was devastating, it was inaccurate and had a much slower rate of fire than the machine guns of the P-40 Warhawk. The Warhawk was designed as an Army ground support aircraft, not a dogfighting platform, but used properly it chewed up the Zero and spit it out! 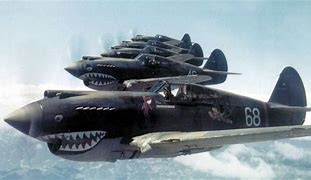 In order to keep from losing a turning contest or being shot out of the middle of a loop, Claire trained his men to climb to a higher altitude and dive down on the enemy to get at the rear kill position at full speed. If they missed or their enemy escaped they were to not engage in a turning contest, but instead dive away and climb back up to a superior altitude and dive back down on their adversaries again with all 50 caliber guns blazing. The proof of superior tactics lies in the 19 to 1 kill ratio making the AVG Group the most successful combat unit in US aviation history. It only took a single incendiary bullet penetrating a Japanese Zero’s gas tank and the plane would be set a-blaze. Many a Flying Tiger pilot flew alongside his Japanese opponent bathed in flames inside his cockpit in the heat of a dogfight, but even more importantly were the air to air kills over the Japanese bombers who were murdering Chinese civilians. 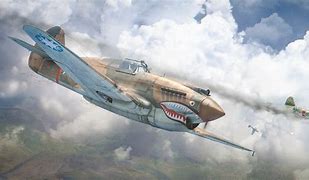 The illusion of numbers thanks to superior tactics

Within days of engaging the Japanese and intercepting their bomb runs the Imperial Air Force was certain that there must have been at least 400 Flying Tiger aircraft opposing their bombing operations when there were never more than 20 operational P-40’s at any given time. The Flying Tigers were shooting up Japanese air fields, knocking down their light and medium bombers, and out dueling their fighter escorts sending many a Zeke (Zero) flaming into the ground. Claire Chenault even encouraged his pilots to go head to head with the Zero as in a face to face match up the high volume of fifty caliber machine gun ordnance would quickly tear up the Japanese fighter! Japanese losses had become so bad that they actually stopped bombing operations where ever the Flying Tigers began engaging them. The fear that Claire Chenault’s AVG Group instilled in the Japanese Imperial Air Force definitely saved the civilian lives of the Chinese below. 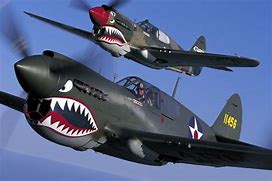 To this very day, the anniversary of the Flying Tigers operations are honored with a formal ceremony and while the last AVG Group pilots still alive were invited to attend and did until the last surviving pilots had passed on or were too ill. In Communist mainland China of all places there are: 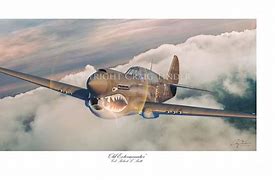 Did the US just destroy the Nordstream 2 pipeline? Germany faces a disaster in the making as natural gas is cutoff from Russia. Russia and China line up wars...
7 hours ago
0 Comments 1 Favorite

My Rumble channel backup (for when I get deplatformed here):https://rumble.com/c/c-1913107#nordstream1 #nordstream2 #globalamericanempire
9 hours ago
0 Comments 0 Favorites

Parrhesia replied to Parrhesia's discussion Apparent Sabotage Disables Nord Stream 1 and 2, Cutting Off All Direct Gas Supply to Germany from Russia
"I like Leo, but he said Putin was in charge of the Stazi and Head of the KGB in Eastern Germany.…"
11 hours ago

Parrhesia replied to Parrhesia's discussion Apparent Sabotage Disables Nord Stream 1 and 2, Cutting Off All Direct Gas Supply to Germany from Russia
"Guess who else said Nord Stream"
13 hours ago

Less Prone replied to Parrhesia's discussion Apparent Sabotage Disables Nord Stream 1 and 2, Cutting Off All Direct Gas Supply to Germany from Russia
"Analysis of the Euro A - Finland is the testicles of European Eunion, but oh so gullible.B -…"
14 hours ago

Less Prone replied to Parrhesia's discussion Apparent Sabotage Disables Nord Stream 1 and 2, Cutting Off All Direct Gas Supply to Germany from Russia
"The greenleft carbonazis finally made it. Europe will fall, but will it save the planet? Listen and…"
14 hours ago

Parrhesia replied to Parrhesia's discussion 15 dead, 24 wounded in school shooting in Russia
"Photo of…"
14 hours ago