And You Thought The Federal Government Was Looking Out for You? Pt. 2 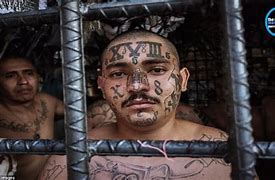 America is now under the rule of a rogue government that has been stolen through voting fraud and we can only speculate who is really in charge as Joe Biden is nothing but a dementia poster boy taking orders. Does that sound harsh? I’ll tell you what’s harsh! All the people being shot to death by illegal aliens prosecuting their drug cartel turf wars in cities like San Antonio and Houston. With Texas, New Mexico, and Arizona overrun by illegal aliens the US now faces another supposed Covid variant lock down! 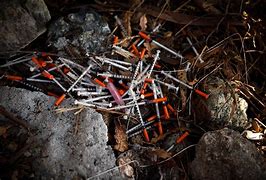 How many ways do the Democrats have blood on their hands? Let me count the ways. Have California lawmakers like Nancy Pelosi, Diane Feinstein, or Governor Newsome done anything to curb the public heroin main lining by drug addicts as disposed needles all over playgrounds make recreation for our kids a death defying act? Human excrement from the homeless all over San Francisco streets and sidewalks presents a health hazard that the California government cares nothing about! If something isn’t done to stop Democrat sabotage of the American way of life, what’s happening in California will fast become the norm in very state of the union! 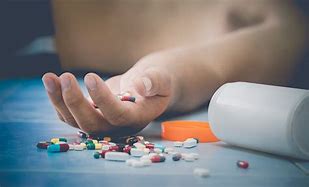 Blood on their hands. Let’s take the epidemic levels of fentanyl and meth abuse that has cost thousands of lives conveniently brought into the country by the drug cartel and the Chinese Communists targeted at American society. Which legislators voted for the drug manufacturers to begin legal prescriptions dosages of opioids more addictive than ever before causing uncounted over dose deaths? Now that we know such drug companies as Pfizer, Moderna, and Johnson and Johnson are licensed to make the Covid 19 vaccine without the fear of liability even though these formulations are experimental and do not have long term studies, your tax dollars are paying them billions so that Americans can become the guinea pigs for these dangerous concoctions! 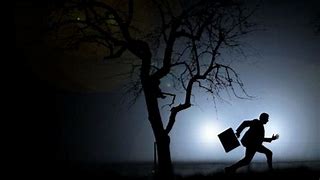 Think of it! You are taxed more severely than any other nation, and, yet, you have no say so over how your money is being spent. You are even being taxed unconstitutionally in violation of the original outlines by our forefathers. Our monetary policy is now in the hands of a foreign corporation known as the Federal Reserve, a cabal of elite European banking families who print money out of thin air and then charge the federal government for the interest on fiat currency created as credit in their computers, and your confiscated taxes pay for that paper money that floats the federal government. As our so-called lawmakers legislate more and more laws and regulations using their public office as a cash cow making them rich, “We the People”, pay the price!

What did we elect our political leaders for? To uphold the law? To see that we are protected from rioters and thugs? To maintain a well defended border from foreign invaders? To oversee the reasonable level of taxation so as not to overburden the people and suppress our economy? To protect the people from untested medical treatment that could prove harmful? To maintain the safe transport of goods and passengers over roads, highways, and bridges? Did I get something wrong here?

Freedom of speech, another right that has been spit upon and used against the American people by our federal government. We now know that the Biden White House has been working with social platforms like Facebook, Twitter, Google, and Amazon to to track and identify Trump supporters, conservatives, Christians, and Constitutionalists if they don’t agree with the federal government. Yet, they support violent socialist groups speech such as BLM, ANTIFA, and Islamic radicals who are opposed to our way of life. 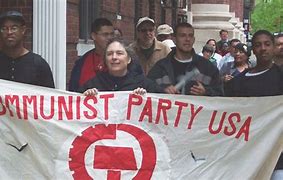 Ask yourself why Joe Biden signed a pardon for more than 2,600 violent protesters arrested for burning police cars, destroying public property, attacking citizens, looting, and even using lasers that have blinded policemen while 60 people who entered the nation’s Capital Building in DC, in January, some invited by police, some who forced their way in, even though witnesses say these were embedded ANTIFA and BLM agitators. These American citizens are being beaten by prison guards, being held without bail unreleased on bond, denied medical treatment, forced to drink filthy water, subjected to isolation, and being forcefully re-educated. Yet, violent protesters in Seattle, Portland, and Minneapolis detained by police for burning down their cities were released without bail by Democrat city officials! Our enemies are being pardoned, but just like any brutal Communist regime, the patriots, and peaceful dissidents are being hunted down and punished Gestapo style!

If you are so daft and lobotomized that these realizations never cross your sleep walking mind, then you are just as responsible for these atrocities as the jackbooted brutes who are destroying our civil society! You are the problem! Just as the Brown Shirts in Germany pre-World War II were allowed to violently protest, beat those who disagreed into submission, and even enter people’s homes at night and drag them out into the streets, we have ANTIFA, BLM, the woke crowd who hate America, and a new generation of federal uniformed thugs ready to hunt down those who don’t agree with the Biden clown show! And, you thought the federal government was looking out for you!

Doc Vega commented on Doc Vega's blog post America: This is Where It’s All Gonna Go Down! Biden is the Enemy!
"Thanks luggnutz!"
23 hours ago

Doc Vega commented on Doc Vega's blog post America: This is Where It’s All Gonna Go Down! Biden is the Enemy!
"Thanks Chris of the Family Masters"
23 hours ago

Doc Vega commented on Doc Vega's blog post America: This is Where It’s All Gonna Go Down! Biden is the Enemy!
"Thanks cheeki kea"
23 hours ago

Doc Vega commented on Doc Vega's blog post America: This is Where It’s All Gonna Go Down! Biden is the Enemy!
"Thanks MAC "
23 hours ago