At This Time in History

If history is ever correctly and honestly recorded it will reveal that the greatest country on the face of the earth was placed under siege from within. What issues were used to subvert that society? The false allegations of racism, white privilege, class warfare, presidential misconduct, and imperialism were used to create a climate of social chaos and was generated by the Democrat Party. As well, that the Democrat Party who had in its pocket the vast majority of the US media while they hired and organized violent agitators to achieve chaos would be exposed. However, if America falls to the corruption of a political movement unleashed by a Communist element chances are the truth for future generations will most likely be hidden.

Just as Japanese students, German students, and the Russian populace have little or no knowledge in their insidious parts their nations played in past world wars costing the lives of millions goes amazingly unknown! Yet, America in a free society with freedom of speech is constantly under assault. being blamed for almost every social ill in the world from radical Islam to having caused past world wars. The very liberty granted by our Founding Fathers in our US Constitution and Bill of Rights, which Obama's Muslim advisor, Valerie Jarrett who said in 1976 that she would use America's own laws to bring the nation under Islamic Sharia Law, demonstrates a leadership disinterested in defending their own country becomes evident.

Persistence of the lie

That the "Big Lie" as was defined by Hitler's Propaganda Minister was never better used to overcome a righteous society with deception, coercion, and hostile ideology. This clearly demonstrates the worldwide institutionalized global government through covert Machiavellian acts designed to divide the masses over created narratives of injustice and inequality. Sadly, there are judges, politicians, and dishonest opportunists who will participate in the destruction of their own societies through bribery or some vague guarantee of a utopia that can magically be produced by those who seek to destroy the borders and individual sovereignty of nation states.

Beneath the dark veil

Today the official version of the truth will unceasingly label any findings that expose corruption as being "Conspiracy Theories". The media continually is not a reporter of actual events but has become the voice of the Global Government in its ultimate goal of subjecting all nations and all people beneath a worldwide fascist leadership that will lie, cheat, steal, and murder in order to profit off the suffering of the masses! Using wide ranging and false generalizations labeling all police as racists, all white people as being privileged, our past generals as criminals, and any one of color as an automatic victim who even is owed reparations!

The mob mentality has been unleashed intentionally in America by the leftist faction. If Caucasians are murdered by the police or black hoodlums which is a proven statistically reality there is no outrage and those who express that outrage will be labeled as White Supremacists! Never have the lies become so shockingly obvious and no longer hidden from being so easily detected. The "Deep State", the "Shadow Government", the "Globalists" have rank and control over are on overtime they are ruthlessly operating at full speed ahead with the threat of President Trump who has been disrupting the machinery. 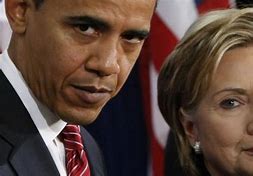 This machinery that has been assembled and funded for more than a century has unveiled their chains of tyrannical laws, taxation without representation, and over regulation casting a wide net to assault all those who are not part of the evil brood. America is the only remaining obstacle to the plans of a Global Government. The world press, the US media, and all their evil minions are on a murderous mission to attain their objective of a prison planet. Yet, the dumbed down "Snowflakes" the indoctrinated public school students, the low information voters who don't care to be informed, and the millions of refugees from Islamic nations who are hostile to the concepts of liberty, individual rights, and the freedom of worship now occupy the land and are given the right to vote!

America through apathy and an unwillingness to stand up for itself has unwittingly been compromised from within by political criminals who with overwhelming evidence against them are still not prosecuted and remain free to further poison the system. President Trump's White House exposing the blatant law breaking is still being opposed by the Deep State in its bid to remain alive like a snake gasping for breath underwater, like vermin on a sinking ship, like the murderers they truly are refusing the rule of law. They are the only reassurances we have today that we can count on remaining believable as everything else is distorted in a fog of lies!

Go ahead, blow it up to full size. Enlightening. Contrary to Conservative political scripture,…
1 hour ago
0 Comments 0 Favorites

Unfortunate. I felt a kindred spirit in Tucker's monologues. You can't use the N word anywhere and…See More
1 hour ago
0 Comments 0 Favorites