(CNN) -- Richard C. Holbrooke, the high-octane diplomat who spearheaded the end of the Bosnian war and most recently served as the Obama administration's point man in the volatile Afghan-Pakistani war zone, has died, officials said.

The 69-year-old diplomat died Monday at George Washington University Hospital in Washington. He was admitted last Friday after feeling ill. Doctors performed surgery Saturday to repair a tear in his aorta.

One of the world's most recognizable diplomats, Holbrooke's career spanned from the Vietnam War era to the war against the Taliban and al Qaeda in Afghanistan and Pakistan, coinciding with presidencies of the past five decades from John F. Kennedy to Barack Obama.

He also worked as a journalist and an investment banker. But as a diplomat, he was plain-speaking, accessible, and known for his tough-mindedness.

President Obama called Holbrooke "a true giant of American foreign policy who has made America stronger, safer, and more respected." 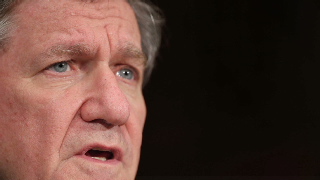 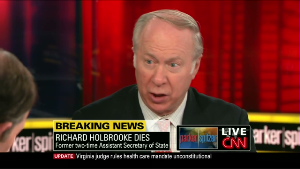 Richard Holbrooke: 'A force of nature' 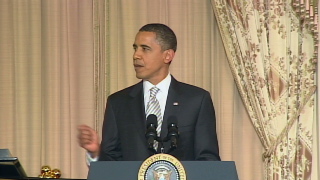 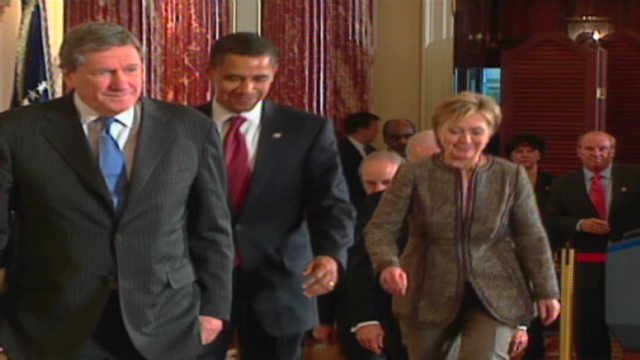 "Tonight, there are millions of people around the world whose lives have been saved and enriched by his work," Obama said in a statement.

Secretary of State Hillary Clinton said the nation had lost "one of its fiercest champions and most dedicated public servants."

"He was the consummate diplomat, able to stare down dictators and stand up for America's interests and values even under the most difficult circumstances," Clinton's statement said, later adding: "Few people have ever left a larger mark on the State Department or our country."

Referring to Holbrooke's notorious intensity, Clinton said that "true to form, Richard was a fighter to the end."

"His doctors marveled at his strength and his willpower, but to his friends, that was just Richard being Richard," Clinton's statement said.

"He was always a man on a mission, the toughest mission, and that mission was waging peace through tough as nails, never quit diplomacy -- and Richard's life's work saved tens of thousands of lives," Kerry said in a statement.

Noting that Holbrooke's first assignment was in Vietnam, Kerry said that "it is almost a bittersweet bookend that a career of public diplomacy that began trying to save a war gone wrong, now ends with a valiant effort to keep another war from going wrong."

In an interview with CNN, Pakistani President Asif Ali Zardari called Holbrooke an "extremely hard-working man" who can "get things done which would otherwise take weeks to get through."

"He was known as a bit of a bull in a China shop," said Nic Robertson, CNN's senior international correspondent who knew and covered Holbrooke.

"When he makes deals the crockery tends to get broken," Robertson said.

Holbrooke was best known for being "the chief architect of the 1995 Dayton Peace Agreement" that ended the Bosnian war -- the deadly ethnic conflict in the 1990s that erupted during the breakup of Yugoslavia. 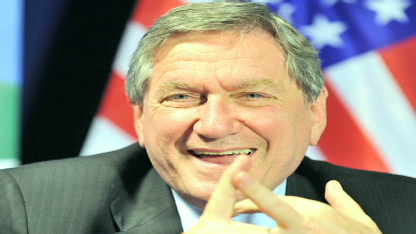 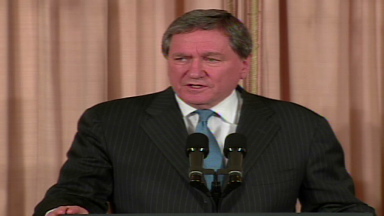 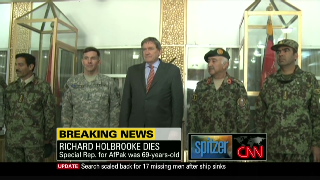 Serving President Bill Clinton as assistant secretary of state for Europe from 1994 to 1996, Americans got a taste of Holbrooke's drive and intellect, as typified in this remark from "To End a War" -- his memoir of the Dayton negotiations.

"The negotiations were simultaneously cerebral and physical, abstract and personal, something like a combination of chess and mountain climbing," he wrote.

After President Obama took office in 2008, Holbrooke took one of the toughest diplomatic assignments -- U.S. special representative for Afghanistan and Pakistan, the region Obama regards as center of the war on terrorism.

"The environment was different," Robertson said.

Holbrooke's assertive style worked in the Balkans, but it brought perils for diplomats in Afghanistan and Pakistan, where long stretches of chatting and tea-drinking are the norm.

"Once you've insulted someone that's it, your relationship is probably never going to recover," Robertson said.

He was frank in his assessments about the region and officials in both countries regarded him as abrasive, including Afghan President Hamid Karzai. In April of 2009, there were reports of a heated argument between Holbrooke and Karzai after alleged fraud in the Afghan presidential election.

In an October interview with CNN, Holbrooke cautioned patience in the struggle against the militants and for democracy in the so-called AfPak region, a mission that he said was of the "most vital importance to our national security interests."

"We are determined to see it through," he said, and he made reference to the Vietnam War and the Dayton Accords in his insights.

"And it is certainly not hopeless. But anyone who doesn't recognize what a daunting task it is is misleading. And the American public should understand that this is not going to be solved overnight. ... it is going to be a difficult struggle. It has a political component, where you're not trying to win this war militarily, and a Dayton-type negotiation is also very unlikely."

A graduate of Brown University, Holbrooke's experience extended from Vietnam to the post-9/11 era.

He joined the Foreign Service in 1962 and served in Vietnam, a job that included a tour of duty in the Mekong Delta for the Agency for International Development.

In the 1960s, he worked on Vietnam issues at the Lyndon B. Johnson White House, wrote a volume of the Pentagon Papers and had been part of the U.S. delegation to the Paris peace talks over Vietnam.

During the Carter administration, Holbrooke was assistant secretary of state for East Asian and Pacific Affairs and was in charge of U.S. ties with China when that relationship was "normalized in December of 1978," the State Department said.

He later held senior positions at two leading Wall Street firms, Credit Suisse First Boston, where he was vice chairman; and Lehman Brothers, where he was managing director.

Along with his negotiation of the Dayton peace agreement, Holbrooke also served as "special envoy to Bosnia and Kosovo" and special envoy to Cyprus on a pro-bono basis while as a private citizen.

Over the years, he commented on this and other major events in the Balkans with candor.

For example, when former Yugoslav strongman Slobodan Milosevic died in prison in 2006, Holbrooke said, "His actions led to the deaths of over 300,000 people, four wars, the destruction of stability in southeastern Europe, the creation of criminal gangs. Let's talk about the victims of his actions; he was never going to see daylight again, and that was appropriate, and now he's gone."

When Bosnia Serb leader Radovan Karadzic was caught in 2008, Holbrooke hailed it as a "historic day."

"One of the worst men in the world, the Osama bin Laden of Europe, has finally been captured. A major, major thug has been removed from the public scene.

"He was at large because the Yugoslav army was protecting him. But this guy in my view was worse than Milosevic ... he was the intellectual leader," Holbrooke said.

When he visited Bosnia in 2008, the memories of his own family history -- when his Jewish grandfather fled Germany after Hitler took power -- and the ethnic cleansing of Muslims in Bosnia prompted him to reflect.

"I thought I'm seeing a color remake of the black-and-white scenes we'd seen in World War II of Jews signing away their property at the point of a gun and then being shipped off to who knows where," Holbrooke said.

"I don't think you have to be Jewish to understand that what you're seeing was a genuine crime against humanity. The Europeans were doing nothing, and the Americans were doing less," he said.

He was an adviser to candidates, such as the presidential campaign of Sen. John Kerry in 2004.

The Obama administration swiftly appointed Holbrooke to the special representative job and Holbrooke dove in headfirst to tackle the challenges. One of them is the fact that the foes are diffused.

He mentioned a range of militants groups, such as the Afghan Taliban, the Pakistani Taliban, the Haqqani Network, and Lashkar-e Tayyiba and noted that "an expert could add another 30."

"There's no Ho Chi Minh. There's no Slobodan Milosevic. There's no Palestinian Authority. There is a widely dispersed group of -- of people that we roughly call the enemy. There's al Qaeda, with which there's no possibility of any discussion at all."

"There is no clear single address that you go to," Holbrooke said.


From around the web

Teen home after month in shelters with uncle

Get Some Sleep: No snoring is safe

Explore the news with NewsPulse »

Burbia commented on Chris of the family Masters's blog post The blind white light of sodomy
"This reminds me of Fritz Springmeir and David Icke. In a round about way, Scientology as well. All…"
7 minutes ago