HONOLULU (AP) -- President Barack Obama signed a wide-ranging defense bill into law Saturday despite having "serious reservations" about provisions that regulate the detention, interrogation and prosecution of suspected terrorists.

The bill also applies penalties against Iran's central bank in an effort to hamper Tehran's ability to fund its nuclear enrichment program. The Obama administration is looking to soften the impact of those penalties because of concerns that they could lead to a spike in global oil prices or cause economic hardship on U.S. allies that import petroleum from Iran.

In a statement accompanying his signature, the president chastised some lawmakers for what he contended was their attempts to use the bill to restrict the ability of counterterrorism officials to protect the country.

Administration officials said Obama was only signing the measure because Congress made minimally acceptable changes that no longer challenged the president's terrorism-fighting ability.

"Moving forward, my administration will interpret and implement the provisions described below in a manner that best preserves the flexibility on which our safety depends and upholds the values on which this country was founded," Obama said in the signing statement.

Signing statements allow presidents to raise constitutional objections to circumvent Congress' intent. During his campaign for the White House, Obama criticized President George W. Bush's use of signing statements and promised to make his application of the tool more transparent.

Obama's signature caps months of wrangling over how to handle captured terrorist suspects without violating Americans' constitutional rights. The White House initially threatened to veto the legislation but dropped the warning after Congress made last-minute changes.

Among the changes the administration secured was striking a provision that would have eliminated executive branch authority to use civilian courts for trying terrorism cases against foreign nationals.

The new law now requires military custody for any suspect who is a member of al-Qaida or "associated forces" and involved in planning or attempting to carry out an attack on the United States or its coalition partners. The president or a designated subordinate may waive the military custody requirement by certifying to Congress that such a move is in the interest of national security. MORE>>> http://hosted.ap.org/dynamic/stories/U/US_OBAMA_DEFENSE_BILL?SITE=A...

(TLS)- This bill undoes 333 years of common law and American law as well as tradition.  Obama claims the bill will be used only to combat terrorism of Al-Qaeda associated forces but we all know the truth that this bill is really being rammed through because they are scared to death of the American people. They know that the economy is being imploded by design and coming in the not to distant future are massive riots and civil unrest which the State, County and Local Police will not be able to contain. Instead of allowing Americans to take their government back this bill along with other secret laws already signed and other executive orders will be the "legal" way to wage war against the American people.

Obama Crowned Himself on New Year's EveSunday, January 01, 2012 10:41 AMTo prevent the U.S. government from behaving like a king, the drafters of the U.S. Constitution empowered an elected legislature to write every law, to declare every war, and to remove its executive from office.  To further prevent the abuse of individuals' rights, those authors wrote into the Constitution, even prior to the Bill of Rights, the right to habeas corpus and the right never to be punished for treason unless convicted in an open court on the testimony of at least two witnesses to an overt act of war or assistance of an enemy.
President Barack Obama waited until New Year's Eve to take an action that I suspect he wanted his willfully deluded followers to have a good excuse not to notice.  On that day, Obama issued an unconstitutional signing statement rewriting a law as he signed it into law, a practice that candidate Obama had rightly condemned.  The law that Obama was signing was the most direct assault yet seen on the basic structure of self-governance and human rights that once made all the endless U.S. shouting of "We're number one!" significantly less ludicrous.  The National Defense Authorization Act is not a leap from democracy to tyranny, but it is another major step on a steady and accelerating decade-long march toward a police-and-war state. http://warisacrime.org/content/obama-crowned-himself-new-years-eve 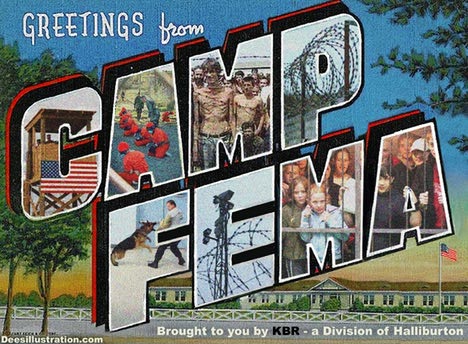 http://news.yahoo.com/obama-signs-defense-bill-despite-reservations... - read the comments, seems the sheep are finally getting what is going on...

"I know this will come as a complete shock but Revealed: Highland Park 'shooter who killed at…"
6 hours ago

Parrhesia commented on tjdavis's blog post Crafting US Policy From Afar
"The people who really create US policy aren't even elected - they are NGOs."
12 hours ago

"Stay off my turf!  Memories of my neighbor telling me the county installed property line…"
12 hours ago