As defined a "Black Swan Event" is an occurrence that is so unanticipated that it causes dramatic repercussions in economic circles, but could cause upheaval in other categories too. A list of such catastrophic events would be the Stock Market Crash of 1929, the Great Depression, the Pearl Harbor attack, the Murrah Building in Oklahoma City, 9-11, and the recession of the early 1980's just to name a few. Recently, an investment radio program discussion identified the Covid 19 debacle as another "Black Swan", but was it really? In terms of a crisis that had serious social, economic, and political repercussions, Covid 19 was. The question is, was it really a shocking surprise or completely unanticipated? Answer-no!

As many of the aforementioned crises that would qualify as "Black Swans" closer analysis would reveal that since at least the early 1980's the planned deployment of a genetically spliced pathogen has been in the works. Before World War II there were laboratories feverishly trying to perfect the delivery of germ warfare as an efficient method of assassination, provoking social upheaval, or creating other Machiavellian incidents. The trouble with describing these historic cataclysms as unpredictable would be a mistake, especially when these Black Swans are more orchestrated schemes than simply random happenings that created dramatic implications. These events were designed by those megalomaniac factions who believe their far reaching influence outweighs the rights and safety of millions of people if their greedy interests are somehow less profitable than they want. 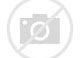 Social engineering has been the ulterior motive behind many tragedies suffered by the people of the world since the beginning of the 20th Century, but not the Black Swan that is primarily used by investors to explain situations that have a drastic effect upon stock, commodity, and other markets internationally impacted. Typical of human nature, the value of the personal element is sanitized from the suffering that real people who have been forced to endure. The global elite, the perpetrators of vast financial resources, banking cabals that manufacture fiat currency that provides the lubrication for their massive moves in the financial markets, industrial development, just as America's support in the billions for third world regions of the world even as American war veterans starve and suffer from their wounds. America provides education, medicine, food, and housing for hundreds of thousands of illegal aliens that were encouraged by the Democrat political agenda to relocate into the US in order transform it into a leftist regime. 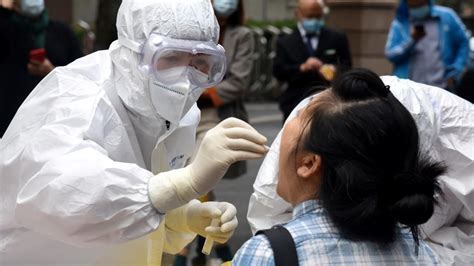 Pandemics to create fear and government compliance among the manipulated masses. Wars to change the international geography of the world while conveniently depopulating. Funding armament and then the following recovery after hostilities have ceased! Financial manipulation that allows the predictable returns for the prime movers who stand to hedge against devaluation while inflating value in other commodities, all the while controlling the news media into assuring the masses that anyone connecting the dots and identifying those responsible are simply "Conspiracy Theorists" who are repudiated if they are lucky or assassinated in some seemingly accidental fashion when they really stand to reveal the truth that might upset the False Flag machinery!

Most events that we witness in the world that have life changing impact are actually orchestrated by the unseen hand. As in the words of the CIA, "Nothing is as it seems". Words to live by when attempting to rationalize the craziness of human events. Kennedy was assassinated by a disturbed lone gunman. his brother Robert was murdered by an Arab in a trance-like state, Martin Luther King died at the hands of James Earl Ray who claimed to have been recruited by Raul, a CIA operative. The explanations get more and more fantastic as the age of technology becomes even more sophisticated and capable of making the unbelievable acceptable. 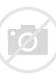 As long as the dumbed down masses led by a media that targets a 9 year old's level of intelligence and promotes the self centered, simple minded, mentality of the easily manipulated audiences of the world, this shameful use of evil will continue to motivate people into accepting wars, submitting to new strains of pathogens advertised with dogged media advocacy. Economic upheavals that will further destroy the standard of living of even the dwindling middle class will continue the decline of mankind unabated by the truth or due process of law. As long as this travesty of justice continues those who seek to liberate such as Donald J. Trump or Ronald Reagan will be vilified against any sane reasoning as women like Sarah Palin are threatened by frothing crowds burning her effigy while feminists refuse to defend women they claim to be representing. The powers that be rule with disinformation and hypocrisy. Why? Because a dumbed down population of distracted people allow them to get away with it! The Black Swan is just another term to explain the planned destruction unleashed by the unseen hand of the globalist elites!