Brett Kavanaugh The Rabid Left and Unrest in America 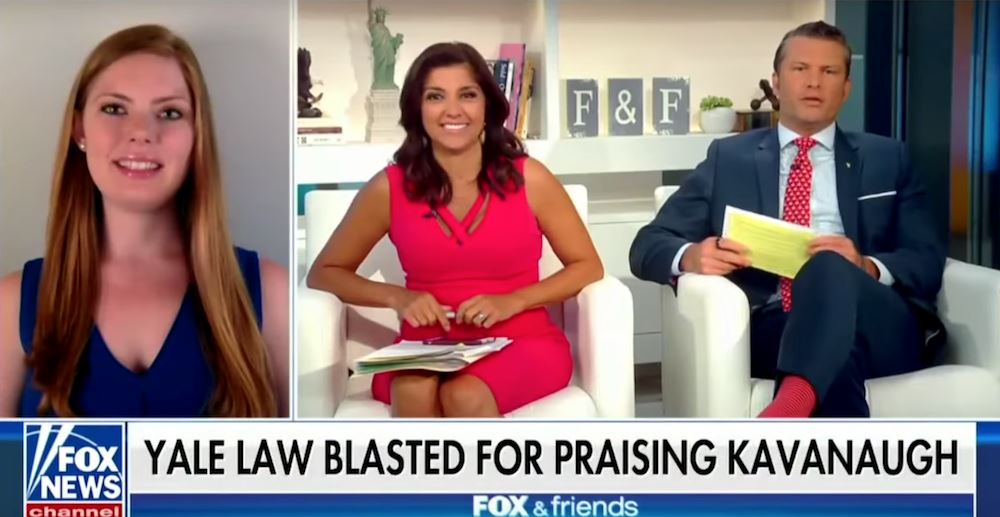 How the Left Takes Down Supreme Court Justices

It was warned by many conservative authorities like Sandy Rios Government Affairs Analyst, that after the inauguration of President Trump the left would step up their efforts at division and subversion as the administration progressed. The DNC, Democrat Donors, and rent a mobs would be in high gear to suppress conservative legislation, Christian faith, and even thought that did not coincide with their agenda, and it indeed emerged like a caged animal. The “Trump Derangement Syndrome” would now be in full swing.

Having engineered the character assignation of Judge Roy Moore with nothing but allegations and unproven smears, the outrageous campaign against the appointment of a conservative Supreme Court Justice sent shock waves through a movement dedicated to using anything from personal smears, death threats, and violence in order to preserve their equilibrium in the highest court of the land. By any means necessary the Democrats and the left have stooped to unprecedented lows!

Brett Kavanaugh having held distinguished positions in lower circuit courts and having an excellent record with large numbers of supporters did not plan on the kind of job application process that came with his ascent to the Supreme Court. Having submitted more than 400 thousand papers, answered 32 hours of cross examination by a hostile Democrat opposition unconcerned with what is best for the country and having already announced ahead of time that they would not vote for Kavanaugh regardless of his qualifications was just a taste of the bile that would be unleashed against him! What job exists in America or for that matter, any place in the entire world where an applicant faces ridicule, false accusations, destruction of your reputation, death threats to your family, and a back ground check that must ensue even though you have already passed numerous FBI personal investigations in order to qualify you in many previous appointments? Justice Clarence Thomas saw how the machinery of character assassination works in Washington DC and it is all orchestrated under Soviet style tactics of pressure, intimidation, insults, and threats by those willing to murder or pay to have it done! Is this really America anymore? The founding fathers did anticipate blood shed as did Thomas Jefferson to purge the entrenched establishment of corrupt politicians. Today we know them to be the “Deep State” and they most definitely do exist!

However, our founding fathers also intended a civil society that used the due process of law to prevent out of control civil disobedience as it could very well originate from outside foreign elements dedicated to the overthrow of the Republic. This is what we are truly seeing and hearing on our radios and TV’s, a literal war on America! For decades this equivalent of a soft coup has been boiling beneath the verbiage of the bought off, sold out, mainstream media, who have been co-opted by the Democrat Party. They will conceal plots to overthrow conservative presidents, ignore impeachable offenses in tragedies like Benghazi, and continuously attack a president who does not operate like the typical long winded do nothing oval office monarchs of the past only interested in perpetuating their party no matter how much suffering their constituents must endure! 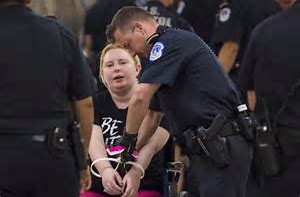 President Trump, a CEO of an international real estate and development corporation is driven, impatient, and no puppet of the Beltway gravy train who have all made their fortunes after setting foot in public office and milking the system for themselves as they voted in deeper deficits, more constraining laws, and the American citizen last when it came to considerations of national security! Building political machinery for the long haul, only addressing problems with hollow promises during elections, and then retiring back to their lair once again was what President Trump threatened! In less than 18 months Trump had appointed more judges in lower courts, pushed the largest tax reform in history, revamped the US economy, sparked optimism in the stock market to new highs, and once again gave Americans more jobs with lowest unemployment rates since 1969. All achievements Barack Obama could not achieve in 8 years in office!

Reform, prosperity, smaller government, private sector generated economy, optimism by those with initiative, and a constitutionally driven legal process, everything the left hates! The very accomplishments that reveal the failure of socialism and big government, the myth of social justice, the lack of accountability inherent in the Democrat Party replete with its wild hyena mouthpieces like Maxine Waters crying for acts of violence and confrontation against conservative politicians even releasing personal details of their home addresses to violent protesters! Hatred and division, the calling cards of the left. Using indoctrination all the way down to the elementary classroom shaming little Caucasian children for their supposed “White Privilege” the left must conduct a war of disinformation in order to hide its inherent deficiencies and irresponsible fiscal excesses. This war of propaganda desperately opposes a prosperous American future not controlled by an agenda driven federal government willing to sell out the American people.

The offering up of faulty witnesses with nothing to corroborate their accusations is an old Stalinist tactic. In post-World War II Russia consolidated its eastern Bloc by intimidating, using insurrection, and finally assassination of the leadership in countries like Romania, Bulgaria, Czechoslovakia, and Hungary who believed in Democracy. Why? This was Stalin’s answer to the Marshall Plan that sought to rebuild war torn Europe and provide disaster relief to the masses still suffering from the carnage that had ravaged their cities and destroyed their infrastructure? Stalin had to wage brutal campaigns of military might and oppression while hypnotizing the peasants with rhetoric of the Marxist dialectic to blind the followers who were being swayed by the generosity and kindness of the US and the west. Today is no different with the war being fought within America between the left who must hide their failures using rhetoric and attacks against the common sense of conservatism. Judge Kavanaugh is a convenient casualty of a war the left must wage to keep from being exposed! 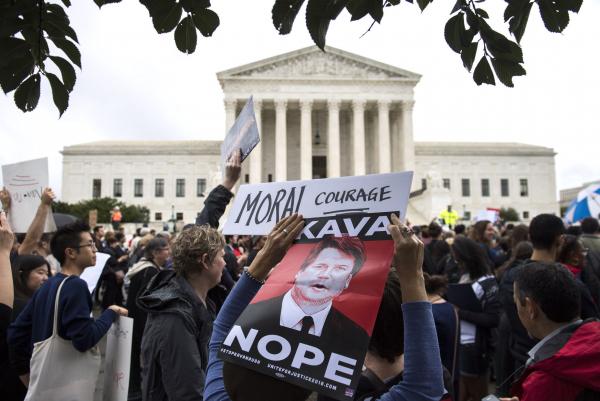 DC where paid uneducated demonstrators simply follow the will of their masters raising hell!

Excellent post! "Hatred and division, the calling cards of the left", indeed!

This is what's kissing me off, the 'left' are actually communists- so why the hell are we calling them a nicer name. A less revealing name. One that everyone on earth would remember, regimes  that slaughtered untold millions of their own people.

They have approached me, even foolishly tried to 'convert' me. They didn't like me to call them communists, some said they have a new and improved regime. Nice.

New recruits are taught to sound like a patriot, to learn buzzwords so they'd blend in. You can actually see their sites, openly instructing anyone that would listen. Their objective is to subvert this country, that is a battle that's currently going on this minute. Their side sounds reasonable- only to themselves.

Trump is not a party member, THAT is the problem. I have no doubts they would assassinate him and/or his family. He knows it, too.

The US Senate demoncrats have made a mockery of America using itself as a venue to exploit normal high school boy/girl antics.

Meanwhile, the unsolved and worse yet, uninvestigated 9/11/2001 mass murders, allow criminals with an ongoing agenda to roam freely about on planet earth.

Write your US senator to express your disgust and fear of the grave danger all Americans continue to live in. I did!

I know that it would be much better to force the dark powers of the 9/11/2001 attacks mass murders to act in a last ditch effort to accomplish the final goals of their agenda than to sit and wait until they do so by another surprise attack!

All Americans who love their children, grandchildren, brothers, sisters, mothers, and fathers must force their Senators to act now!

"DC where paid uneducated demonstrators simply follow the will of their masters raising hell!"

Doc Vega commented on DTOM's blog post Why is Trump given a hall pass on killer injections?
"Hey, what US President ever did more for the American people than Trump! He was between a rock and…"
2 minutes ago

Doc Vega replied to MAC's discussion Dr Noack Killed 4 Days After Posting This Vid on How Graphene Hydroxide Nano-razors Destroy Body
"Of course these fuckers will kill the Whistleblowers! "
Wednesday