My home in Northern Thailand is a little removed from all the horrible things happening everywhere else in the world with the economy.  In Chiang Mai, there is plenty of food, my housing is completely paid for and there are no property taxes, and I own a little business to generate just a little money for the other things I need in life (which is not very much).  The biggest thing that affects me is the price of  gas for my car.  So I am a very lucky guy.

Having this perspective as a kind of outsider from the chaos, I can study the internet (thank God for the internet!) and other sources to put some of the pieces of the puzzle together without having the personal attachment.  I can see several conspiracy theories that are getting closer every day to Not Being a Theory at all, but spot on truth.  This brief report is on another conspiracy theory or story or fact that makes sense.  Please believe me when I tell you that I have the references that back up what I am saying in this report.

1938 China.  The Japanese are invading China and plundering their newly conquered territory (and doing a lot of other bad things as well).  The Chinese Banker elites and secret societies (i.e., the Dragon Family) have control of most of the gold and wealth of the nation and want to put most of it somewhere safe.  The United States elites have stepped up to assist them, and the stock of gold is loaded about 6 US Naval Ships bound for safety in America.  The US Federal Reserve criminal organization provides the Chinese with bonds as collateral for the gold, and the US criminal agency promises to return the gold to China in sixty years.

Late 1970′s and Early 1980’s Recognition of Mao’s government by the US government.  Nixon met with the Chinese government, which was touted later as Nixon’s “Opening Up” of China for world trade.  At that time, the Mao government demanded the return of the gold given in 1938.  The Nixon government was somewhat firm since the 60 year term was not completed yet.  Some gold was returned (I have heard numbers of around 200 million dollars worth — but this was when gold was worth less than $100 per ounce).

1998 – The Agreement Time has been completed.  China demands the return of the gold since the 60 year term has been completed.  The US says that they gave enough of the gold back in the early ’80’s to the Mao government.  The matter goes to US Federal Courts, and the US loses the argument.  The US government is told they must return the gold on September 12, 2001.  (Check that date.)

Some theories have emerged with a little evidence that the gold was taken by train to California, and from there shipped to Paraguay, where it was securely stored.

June 8, 2009 – Two Japanese businessmen were pick up as they crossed the border from Italy to Switzerland carrying $1.5 Billion in US bonds issued by the US Treasury in 1934.  There is a debate if the bonds are authentic or forgeries (with no conclusion).  The US Treasury refused to make any determination on the authenticity of the bonds, or even comment about them in any way.  The two Japanese businessmen were released by Italian authorities and disappeared.  The bonds, real or fake, were given to the US Treasury.

2011 – As some facts of this conspiracy emerge and are made public, third parties file a lawsuit in US Federal Court about this series of events.  That lawsuit is pending.  Main stream news media is not reporting much about this, if at all.

There are lots of places on the internet to learn more about this story, but it does take some investigation to locate them.  If you have an interest in this, a good place to start would be here:  http://divinecosmos.com/start-here/davids-blog/995-lawsuit-end-tyranny

There were multiple witnesses that saw armorer cars loading in the basement of the World Trade on the night of Sept 10th.

Tons of gold would have shown up as melted in the rubble. Gold in dust - nugget - wafer or bank bar and melted is gold and is almost impossible to destroy even it melted. 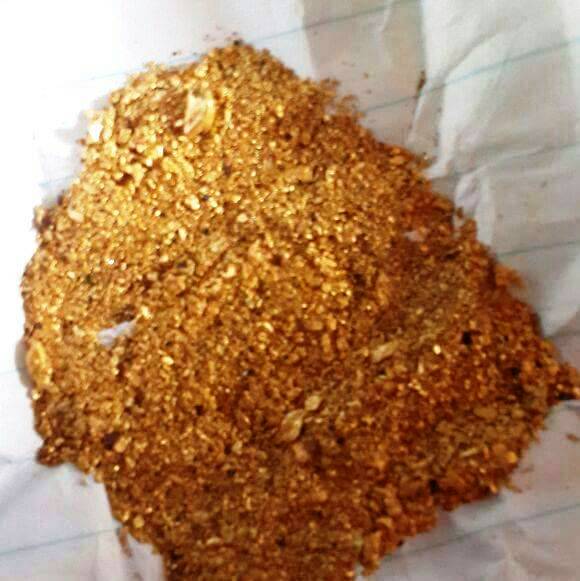 From the earth into investment bars and melted down again is still Gold.

There are references by witnesses of armored trucks being loaded on the night of Sept 10th.

Otherwise - Melted TONS of Gold would be recoverable in the basement. Gold remains as gold in dust - nugget - wafer or Bank Bar or melted form. Refiners close for a cleaning period each year to scrap it off the exhaust chutes.

Bingo........confirmation of several things, Thank You!

Democratic presidential candidate and former U.S. Rep. Beto O'Rourke on Saturday said he's distraught by the news of a mass shooting in his hometown of El Pa...
4 hours ago
0 Comments 0 Favorites

Less Prone commented on tjdavis's blog post The 8 Stages
"This is a good article but it would be helpful if you added your ideas, a short description or a…"
5 hours ago

A Fake Shooting in Texas

LIVE 5PM EST TUESDAY-FRIDAYSubscribe to the website for backup: https://www.rissflex.com/PATREON EVERY MONDAY: https://www.patreon.com/rissflexBook a video c...
12 hours ago
0 Comments 0 Favorites

We have to question everything.

Nothing is real. Our money, governments even who we really are. Our history is a total fabrication.…See More
14 hours ago
0 Comments 0 Favorites