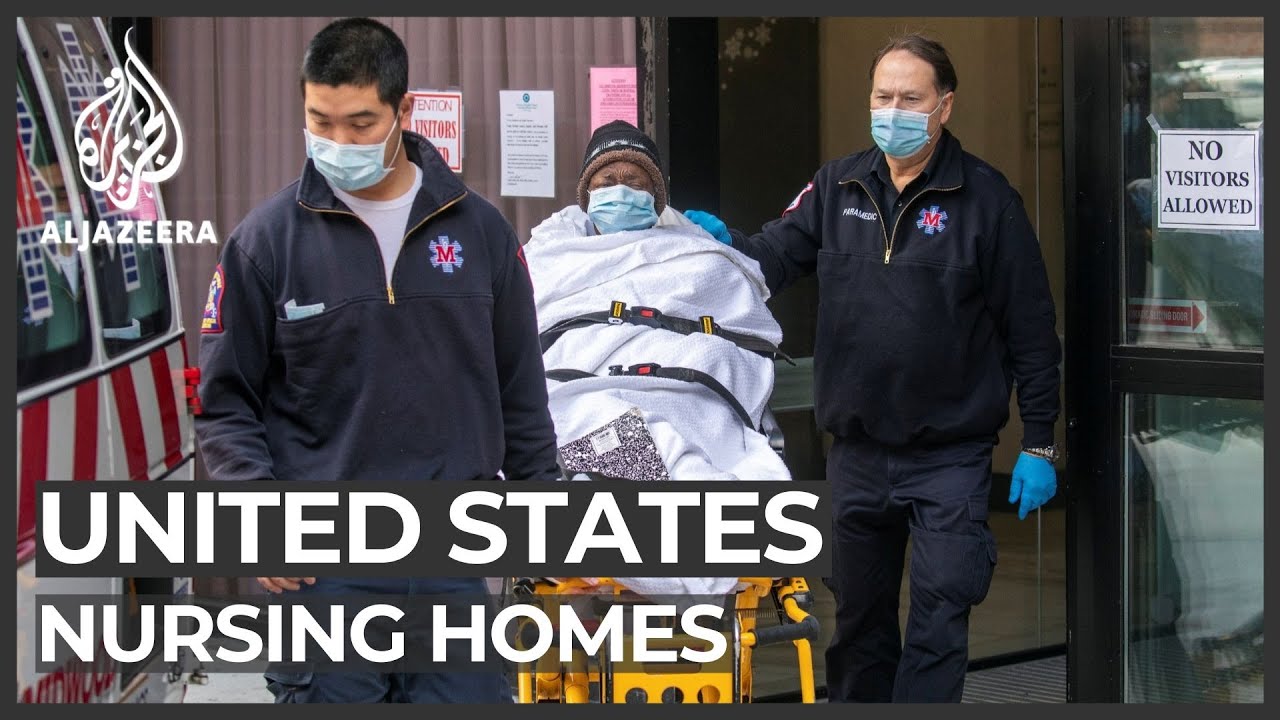 A third of COVID hoax deaths
were in nursing homes where patients
were literally murdered for profit
The state is genocidal. From Kathy Sloan... "MASS MURDER BY THE STATE. If this doesn't fill you with rage, noth...
Here's a list of what was done here in the US that deliberately caused the deaths of a minimum of 40K people:
Governors mandated moving actively ill Covid-19 patients into rooms (and facilities, i.e. nursing homes) with residents who were NOT ill. Upon arrival at either the hospital or nursing home, the patient was immediately separated from their family members, and "no contact orders" made sure those families would never see the patient alive again.
Once the patient was isolated and without anyone to act as their advocate, they were told the best possible treatment would be to immediately intubate them and put them on ventilators.
Patients were NOT offered alternative treatments, e.g., hydroxychloroquine and zinc. In order to be intubated, the patients were given up to 10 different narcotics and paralytics, which rendered them incapable of requesting that either the treatment be modified or removed.
Once on a ventilator, staff were informed ANYONE on a ventilator was DNR - Do Not Resuscitate, regardless of anything the patient, or their family, might have said.
At that point, the only thing left to do was tie these nearly lifeless people to their beds and wait for the ventilators to do their job - i.e., destroying the patient's lungs - because the treatment was completely INAPPROPRIATE AND UNNECESSARY.
Once those things happened, Medicare reimbursements went from $13K (no ventilator) to $39K (with a ventilator). Oh, there are two last pieces -
1) each one of the Governors of these 8 states (with the very highest death rates) provided the corporations owning the nursing homes and hospitals where these protocols were implemented FULL INDEMNIFICATION against any injuries or wrongful death lawsuits, and 2) Coroners were instructed they must remove the bodies in under 60 minutes, death certificates were completed by personnel who never treated the patient, or autopsied them post-expiration, and the bodies were buried ASAP in mass graves, often in "Potter's Field" circumstances, so the likelihood of being able to exhume their bodies for any kind of forensic examination was completely lost.
From the time these patients were separated from their families, they were murdered and disposed of and their families were given no recourse other than acquiescence to the entire atrocity, which most assuredly constitutes a crime against humanity.
IT IS POSSIBLE TO KNOW WHAT'S HAPPENING. But you have to be willing to educate yourself and follow the work of credible sources of information, e.g. James Corbett (The Corbett Report), Rosemary Frei (Off Guardian), Derek Broze (The Last American Vagabond), Professor Dolores Cahill (Irish University professor), along with several others.
Isn't it worth it to know the truth? Don't just throw up your hands and wail, "I can't possibly figure this out."THAT is exactly the place they want you to be."
Thanks to Kat!
---------------
Related -  COVID: Behind the global nursing home disaster, and the case-number...
Who cares about all the old people dying?
First Comment from Stephen Coleman-
The corruption in the medical-industrial complex just never ceases to amaze me.
Japan has a population of a bit under one half of the US at 126 million. Japan didn't impose quarantines on its people and the official COVID death toll is around 800 only.
Further south in the Philippines that imposed restrictive quarantine measures with a population of about 108 million has an official COVID death toll of around 1200 only.
But what needs to be called into accounting is that the COVID test itself is notoriously flawed and even vegetables are giving "positive" results. Many are being diagnosed by "eyeball" only and sent to their untimely deaths. The financial incentives to diagnose all the can get away with are quite lucrative.
This appears to me like a replay of the beginnings of Hitler's T4 health program.