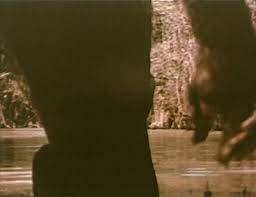 Louisiana is a remote and sparsely populated region of dense vegetation frequented by heavy rains, flooding, and the occasional hurricane. The area is rich in plant life that is native to the type of weather and soil conditions along with a number of odd animals even undiscovered species. Biologists and animal behaviorists will tell us that the freakish wildlife conduct is due to such factors as the encroachment of land development in untamed swamp land, weather related such as hurricane storms, or pollution of the environment by oil spills. However the locals who live here and eke out a living in these mysterious parts will tell you otherwise.

When domesticated animals suddenly turn vicious for no apparent reason and do not even have rabies there’s more than meets the eye. When huge predators like oversized black bear larger than in the Midwest where there are larger bear populations some wonder of it’s the unusual environment of southern Louisiana that allows for them to grow larger or is just the darkened tree canopy and lush foliage that hides them better? Hapless victims and savaged livestock might unlock the riddle if they could speak.

However, there is a well-known history of the unexpected that has existed for hundreds of years here where the local folk lore and cultural legend give us insight into another realm where murderous entities lurk and leave torn up cattle, alligator, and sometimes people, dead for no reason at all. State Troopers are tasked with investigating disappearances and unsolved murders while animal control teams venture into the dangerous realm of night and attempt to trap beasts of unknown varieties attempting to protect farmers and cattlemen from losing their investments, but that’s not the only life being shielded. The families are often left too afraid to leave the safety of their homes. 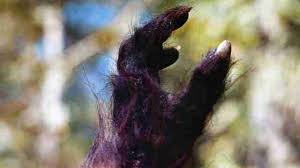 Home is not always safe

A young Cajun man recalls his experience that shook him up badly. The French Canadian descendants have made the deep swamp and delta landscape their source of food, income, and homesteads. It is here that fishing, hunting, and growing crops to live on all occur under the cycle of tides and moons. These people have an intimate understanding of an unforgiving environment. The young man recalls his strong father who taught him all he knew about hunting, frog gigging, trapping, and even timber falling. His Dad also warned his son whenever family barbecues were underway or even if he were just out exploring to never leave his father’s sight. Yet, one late afternoon as the sun set and the family relaxed cooking and drinking beer the young son wandered off down a game trail a little too far away and out of sight.

As the boy absent mindedly searched the bushes for berries or wandered along looking for anything entertaining a huge dark figure caught his gaze out of the corner of his eye. A large furry looking man the kid thought at first. Why wasn’t he wearing pants or boots, the child wondered at first? Then he noticed the face. Not human, but not gorilla either though the nose was flat and wide while hair covered much of the face except for around the eyes, forehead, and cheeks. It made strange grunting noises he’d never heard before and this kid knew the sounds of feral hogs, panthers, owls, and alligator that crawled through the swamp. No, this was not a bear he knew as it stared into his eyes leaving the child paralyzed with fear as he listened to the heavy breath of its broad, powerful, chest. The boy didn’t know what he was more afraid of-the creature or his Dad’s temper for getting out beyond his father’s protective view! 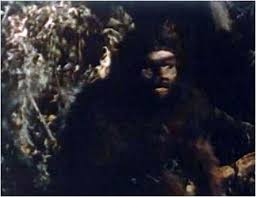 Then the boy heard his dad call out loud! The young man backed away never turning away from the man-ape making his way slowly toward the way he came. The beast made a move toward him, but must have known that he would have no chance to grab the child now that the parent and group of humans had been alerted. Finally, the boy turned and ran to his Dad afraid he would he would get in trouble so he kept his terrifying encounter to himself for a while. The family ate their dinner had enjoyed a few more drinks and called it a night. It wasn’t until after he got home that he admitted to his Dad what had happened out there. His father didn’t act too surprised over the creature, but he was mad at his son for walking off, “I told you always stay within my visual range, Boy!”

As the Cajun man now an adult stated, there is an unspoken truth kept among the French descendants that these things are real, sooner or later you will come upon one, and not to ever go out hunting or fishing without a gun and a companion. This is the way these people operate out here deep in the thicket and swamp lands of southern Louisiana. They rarely rely upon the law to settle their problems as they do not trust the authorities. So, whenever something strange or threatening must be investigated little do these locals cooperate with the authorities. They simply keep to themselves and expect the unexpected. One thing that Cajun witness was sure of. If his Dad hadn’t called out the boy might have ended up as just one more unsolved missing person’s case! 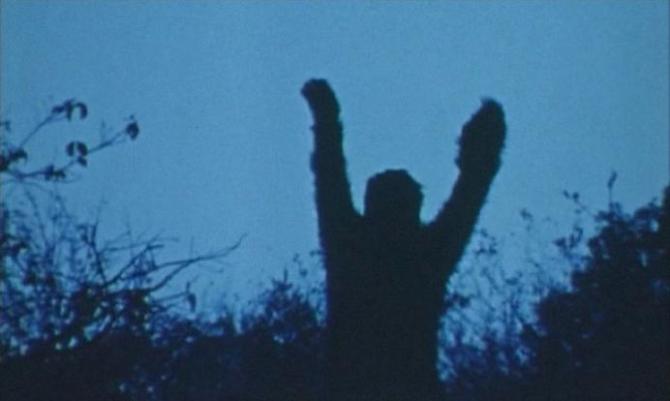 "Not locked up, thats just where they like to congregate. Work Safe won't allow any exit to be…"
22 minutes ago

"Indeed, try making it without antibiotics and the light bulb and the internal combustion engine…"
1 hour ago

"Surprise, I'm actually black (that really did surprise me)! I had a doctor's appointment…"
2 hours ago

"KoC - That may well be their plan. If by hooking and crooking they got Biden in there, with Hillary…"
2 hours ago

King Of Cups posted a photo

King Of Cups replied to Mr. Sizzle's discussion Never let a good pandemic go to waste
"Thanks Mr.Sizzle I had started into reading some of Mullins work as you had recommended him earlier…"
3 hours ago

King Of Cups commented on King Of Cups's group Painted Porch
"“Until we have begun to go without them, we fail to realize how unnecessary many things are.…"
3 hours ago